With the international break behind us, it's back to business, back to the league, and off to Barnsley for our televised meeting with the Reds at Oakwell.

It will have been 13 days since the Royals were last in action, and returns to football don't come much bigger than a hotly anticipated clash between two play-off hopefuls.

As we embark on what really is the final run-in and our last eight games of a busy campaign, victory over Valerien Ismael's Tykes would see us leapfrog Barnsley into 5th, potentially stretching the gap between us and seventh to six points.

Friday evening's meeting with our South Yorkshire hosts has been selected for live coverage by Sky Sports, which means on this occasion supporters will not be able to watch via iFollow.

Since Ismael took over, Barnsley have proved a force to be reckoned with, and have shot into play-off contention thanks to a 12-game unbeaten run that has seen them enjoy their best season since 2000. The Tykes have won nine of their last 11 games, and will be hoping to continue that form following the international break.

Despite being on a impressive stretch of games without defeat, that loss did come last time out, as the Reds fell to a 2-1 South Yorkshire derby defeat to struggling Sheffield Wednesday. Carlton Morris pulled one back late on for Barnsley.

Their last win came away at Wycombe Wanderers, as goals from strikers Daryl Dike (2) and Cauley Woodrow saw them to a 3-1 win over the division's bottom side. Barnsley have won 21 of Ismael's 34 games in the dugout, losing just 10 times in five months.

One to watch: Daryl Dike

Since arriving on loan from Orlando City in January, bullish American forward Dike has proved key to the Tykes' continued resurgence, netting five goals in his first 11 matches in England. The Oklahoma-born 20-year-old has already made a huge impact in a matter of months, and he'll be hoping to continue this form to propel Barnsley into the top six.

The US international has slotted seamlessly into life at Oakwell, adding extra firepower to Ismael's attack at an important stage of the campaign. His free-scoring run has also earnt him a third call-up to his national team.

Prior to opting for a switch across the pond, Dike had been enjoying a successful spell with the Lions of Orlando, scoring eight goals in 17 appearances in the MLS.

Dike, who began his playing career in college football with university side Virginia Cavaliers, has already helped his new side to wins over QPR, Birmingham City and Stoke City. Were it not for his parents' love of football, he has revealed he could well have played in the NFL.

The Royals haven't lost to Barnsley in any of the last seven meetings between the two teams, dating back to March 2014. Our most recent win over the Tykes came in this season's reverse fixture as goals from Yakou Meite and Michael Olise saw us to a 2-0 victory at the Madejski back in September 2020.

We haven't visited Oakwell since December 2019, and the last time we did we were made to settle for a point, as Lucas Joao's goal cancelled out a Woodrow opener.

We last won at Oakwell in September 2016, as two first-half goals from Garath McCleary and John Swift saw us to three points on the road.

Geoff Eltringham will be the man in the middle come Friday evening, for what will be his third Reading game of the season.

Eltringham has already taken charge of two Royals fixtures this season, our 2-1 December defeat at home to leaders Norwich City, and our 0-0 draw away at Preston North End back in January.

James Wilson and Robert Merchant will assist Eltringham at Oakwell, while Darren Bond will be the fourth official on this occasion.

During his 23 league games to date, Eltringham has brandished 68 yellow cards and five additional red cards.

A polite reminder to our supporters that no unauthorised access will be permitted to this game, so supporters must not travel to Oakwell Stadium.


After almost two weeks without a game, there are two changes to our starting XI as experienced duo Michael Morrison and Andy Yiadom return to the starting line-up.


Our April trips to Oakwell and Vicarage Road to face Barnsley and Watford have been rescheduled after being selected for live coverage on Sky Sports.

Barnsley came from behind to steal a point from a Royals side who had the better chances in a tense tussle at Oakwell this evening.

The home team's tone was perhaps set in the opening minute when a Gibson clearance gave Barnsley an early opportunity to deliver a long throw into the box. It was headed clear but dropping to Mowatt he volleyed it low and well wide of the bottom right corner.

Reading had a glorious chance to break the deadlock after seven minutes. Olise laid the ball off for Meite who bustled his way down the left wing and across the half-way line. He benefitted from a ricochet as a defender hacked the ball against him and the ball ran kindly for Meite who had acres in front of him and only the goalkeeper to bear down on and beat. But as he took aim, he seemed to slip and his left-footed shot spooned over the bar.

Joao muscled his way inside from the left flank to win a free kick after a quarter of an hour and Moore arced a set piece goalwards, but the wall did its job - deflecting the ball behind for a corner which Reading worked short to Yiadom but couldn't create a goalscoring opportunity.

Another corner moments later did create an opening, Gibson flicking on a low ball at the near post and Joao hooked a volleyed effort over from a good position.

The hosts were causing problems with balls into the box - Reading defending the first ball well in general but the Tykes very much looking to pounce on the afters from any headed or hacked clearances.

Rafael clung onto a glancing headed effort from Woodrow as he got on the end of a floated free kick that threatened to open the scoring for the home side.

With little more than ten minutes remaining in the first half, Reading took the lead. Rinomhota picked out the forward run of Ejaria down the middle and the midfielder did brilliantly to control the ball and hurriedly stab the ball past Brad Collins for 1-0.

The Royals got a little lucky when a Brittain cross from the right floated over Rafael and skidded off the top of the crossbar. Then Moore did well to block a Woodrow strike as he controlled a cross from the same side and was allowed to turn to get a shot away.

Moore was again in the right place at the right time to put in a diving block to get in the way of a Brittain volley that was arrowed at Rafael's goal, and soon after Michael Morrison was forced to come off - Tom Holmes called into the back line before half-time.

The Royals had battled their way into a slender lead at the interval. But it was going to take a lot more fight to hold onto that advantage in the second half.

The Tykes made two changes at the break, bringing on powerful forward Daryl Dike to pose Reading an extra threat in the final third.

But it was the visitors who came closes to adding to the scoreline on a counter attack. Olise passed the ball into space for Joao to chase after and he played a low centre looking for Meite. Yakou stretched but couldn't get a toe to it as the ball bobbled across the six yard box and wide.

But Barnsley were given a route back into the game and they took it. Andy Yiadom was penalised for dragging Styles over when defending an aerial ball and the referee pointed to the spot. Mowatt stepped up and slotted the ball home to make it 1-1.

Barnsley were looking for a second and a cross from the left nearly found Dike's outstretched leg - but Moore was there to see off the danger, screaming for an offside decision in the meantime.

Into the final 20 minutes and Joao missed a golden opportunity to hand his side the lead once more. Olise had so nearly threaded a ball into Meite only for Collins to come and collect it off the striker's toes. But the ball was passed back to Collins moments later and Meite stole in to latch onto it. The keeper wrestled Meite over but the ball rolled to Joao who passed the ball wide with the goal gaping.

Barnsley nearly made it 2-1 with 10 minutes remaining, a deep ball into the box was knocked out of Rafael's gloves as he collected it in a crowd. A falling Barnsley body scrapped the ball goalwards from the ground and it cannoned off the inside of the post before Moore could hoof it clear.

The game had become very open all of a sudden as both teams looked for the decisive goal. Alfa Semedo was brought on to replace Olise for the final stages and he arrowed high over the bar from a very difficult position with his first action of the game.

Dike scuffed a shot wide of the left upright with two minutes left on the clock and two minutes of added on time were signalled. But there was to be no winner. Honours even at Oakwell.


After almost two weeks without a game, there are two changes to our starting XI as experienced duo Michael Morrison and Andy Yiadom return to the starting line-up.


Our April trips to Oakwell and Vicarage Road to face Barnsley and Watford have been rescheduled after being selected for live coverage on Sky Sports. 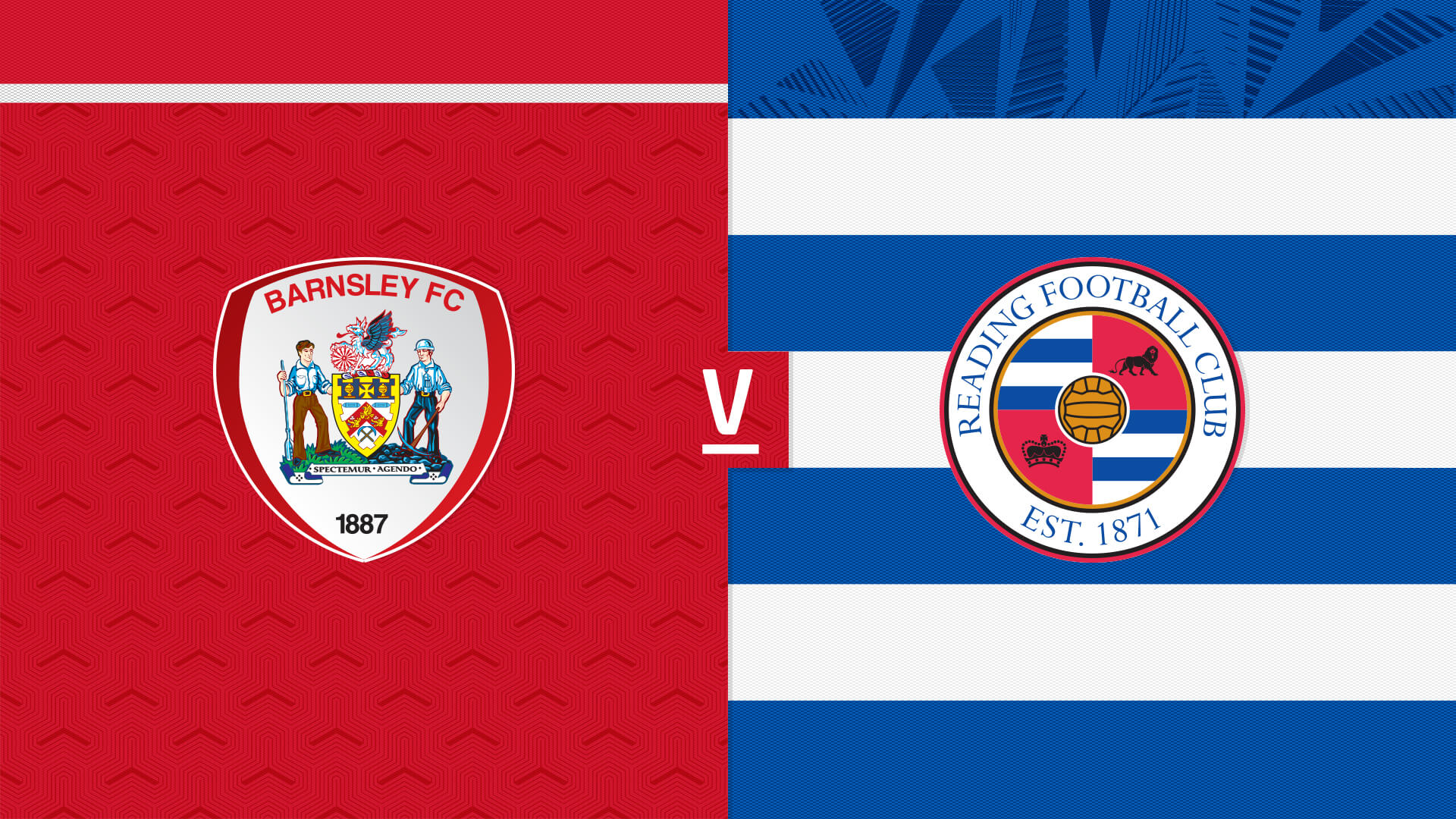 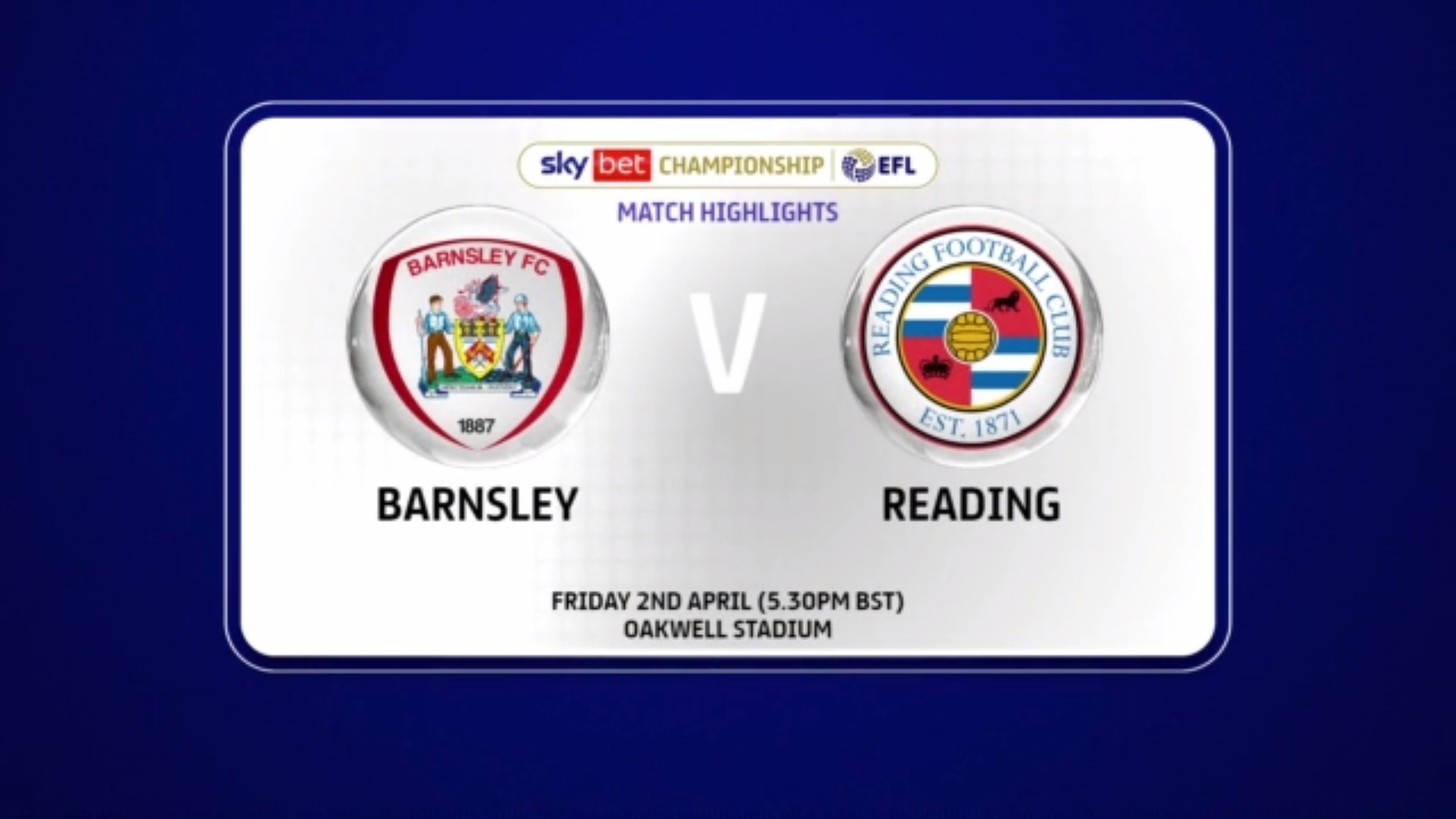 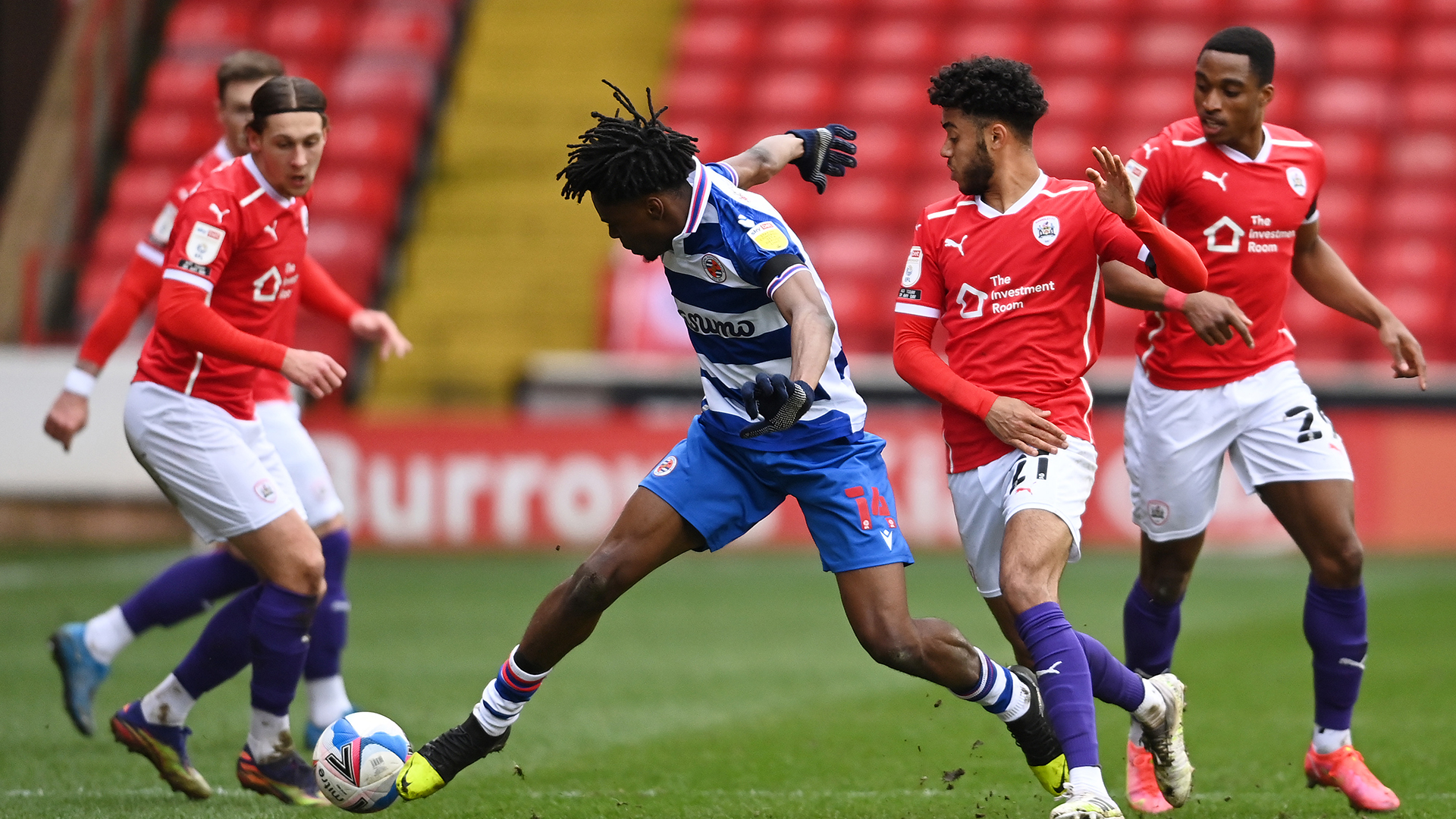