For the second week running, the Royals are faced with a televised contest on a Friday evening, this time we're back where we belong, at home, as we prepare to welcome Mick McCarthy's Cardiff City to Madejski Stadium.

The Bluebirds, who sit just one place and seven points behind the Royals, will be keen to taste revenge for their early season defeat to Veljko Paunovic's side, after we ran out 2-1 winners in the Welsh capital back in late September.

Three points for the Royals would see them stretch their unbeaten run against Cardiff to 11 games, and their run without defeat at home to five matches. Victory on Friday night would also see us move back to within two points of the division's top six.

Friday evening's meeting with the Bluebirds has been selected for live coverage by Sky Sports, which means on this occasion supporters will not be able to watch via iFollow.

Now almost 20 games into life as Cardiff boss, Mick McCarthy has helped steer the Bluebirds from the threats of a relegation battle, to within touching distance of the play-off places, following just three defeats in 17 games.

Their form in recent weeks has seen them fall slightly short in the hunt for promotion, with just one win in their last seven. However, the Bluebirds have proven themselves a top side on their day, having recently recorded wins over high-fliers Bournemouth and bitter rivals Swansea City.

Last time out, Cardiff played out an entertaining 2-2 draw with Blackburn Rovers, during which midfielders Will Vaulks and Joe Ralls found the net. Their last win came back in March when they edged out the Swans thanks to an early Aden Flint goal that sealed a 1-0 victory at the Liberty Stadium.

One to watch: Harry Wilson

The Liverpool midfielder and current Welsh international is now in his fifth loan move away from Anfield, and it's one that has brought the Wrexham-born 24-year-old closer to home in Cardiff.

Wilson has proved a major assets to Championship clubs, in previous loan spells with Hull City, AFC Bournemouth and particularly Derby County, for whom he scored 15 goals in 40 appearances while under the guidance of former-Rams boss Frank Lampard during the 2018-19 campaign.

This year, Wilson, who's first taste of league football came back in 2015 with Crewe Alexandra, has netted four goals for the Bluebirds in 33 league appearances to date, coupled with a number of assists including two in his last outing, during which he set up both goals to seal a draw at home to Blackburn Rovers.

The former Liverpool Academy Player of the Year is a danger from set pieces, and has a reputation for converting from free-kicks. Despite still being young, Wilson has already represented his country on an impressive 24 occasions.

The Royals are currently unbeaten in their last 10 meetings with Cardiff, a run without defeat that stretches back to November 2015.

There's plenty of reason for optimism too, after we got the better of the Bluebirds earlier this season. Thanks to goals from Michael Morrison and Lucas Joao we advanced past Neil Harris's side to a 2-1 victory at the Cardiff City Stadium in late September.

Our last win over Cardiff at the Madejski came in August 2019, when George Puscas's double was coupled by a John Swift strike, sealing a 3-0 win over our Welsh visitors on home soil.

Reading have won 27 and drawn 23 of a total 73 clashes between the teams, dating back to our first meeting, a 3-0 Cardiff win all the way back in March 1927.

John Brooks will be the man in charge at the Madejski on Friday evening, as he prepapres to officiate his second Reading game of the season.

Brooks last took to the pitch for a Royals fixture back in early November, as he oversaw our 3-0 defeat to Preston North End.

Nick Greenhalgh and Akil Howson will be on site to assist Brooks in RG2, while Geoff Eltringham will be the fourth official on this occasion.

During his 27 outings to date, Brooks has brandished 90 yellow cards in addition to awarding seven red cards.

A late Kieffer Moore penalty looked to have stolen victory for Mick McCarthy's Cardiff City at the Madejski but a last gasp Yakou Meite header rescued a point for the Royals.

The first opportunity fell to the visitors, Kieffer Moore flicking on a header and a clumsy challenge on the edge of the box conceded a free kick. Will Vaulks drilled the set piece goalwards but the Reading wall charged it down well.

Harry Wilson earned a yard but saw his shot blocked too, while Andy Yiadom was found with a nice ball over the top - the full-back couldn't bring the ball down to shoot though and his hooked cross was cleared by a Cardiff leg in the middle.

The Bluebirds were bossing things, affording their hosts no time on the ball at all and it took a fine save from Rafael to deny Wilson the opener.

But with a quarter of an hour gone, Joao won the ball in the attacking third and Rinomhota very nearly threaded a ball into the path of Meite - it was just too strong and Cardiff were able to slice the ball behind for a corner.

A clever flick from Joao found the feet of Olise in a central position but he took aim and saw his shot charged down. It popped out to Ejaria who jinked his way inside from the left and got a low shot away - again it was blocked. Yiadom recycled it and found Ejaria in the box on the right side this time, but his drilled effort was charged down to Olise who also had a speculative drive blocked off. A frantic move ended with a dinked ball from Olise to Meite who flicked it goalwards but Smithies was equal to it at his near post.

The first half was coming to an end when Richards crossed into a dangerous position, but a Cardiff head glanced it behind before Meite could arrive at the back post.

Still time for City to threaten with a series of corners and a Vaulks long throw, but Reading defended their goal admirably and the teams went in level at the break.

Reading began the second half better, winning a number of free kicks in the Cardiff half and two names went into the referee's book early on - Marlon Pack for late challenge on Olise and Curtis Nelson for an aerial clash with Joao.

Smithies was called into action ten minutes into the second half when a worked free kick saw us pass the ball low into the feet of Joao. He turned and from a tight angle drilled the ball towards the near corner, but the City keeper saved it and the ball bobbled back off the floored Joao and behind for a goal kick.

More worryingly, Joao stayed on the ground and needed treatment for what looked like a serious shoulder injury - and the Royals striker had to come off, George Puscas coming off the bench to replace him up front.

Laurent, Olise and Meite combined down the right for the latter to see a deflected shot spin behind for a corner. And Meite tried his luck from distance out on the right on the hour - this time it was easily gathered in by Smithies on his goalline.

Meite again cut in from the right and took aim but this time the ball fizzed wide and Reading, though dominant, were struggling to break down their opponents and create clear cut opportunities. However a lovely sequence of passes saw Richards and Laurent combine to give Meite a sight of goal, but the Royals forward leant back and skied his instinctive effort over.

Reading were enjoying all the ball and making all the running in search of a goal. Laurent strode forward but arrowed a left-footed effort harmlessly over the bar and time was starting to tick away.

Kieffer Moore had a good chance to score a goal against the run of play, but his shot was tame and easy for Rafael to collect. Wilson had a better chance moments later, racing in behind the back line and toeing the ball past an onrushing Rafael - but Yiadom was back to hack the ball off the line before it could cross it.

Ejaria wove his way into the box from the left but his cross-shot was blocked. Then Meite bundled onto a ball over the top but he couldn't get a decisive touch before Smithies was off his line to collect it.

But as Reading pushed and pushed, Cardiff struck a late blow. Substitute Ojo was allowed to scurry foward down the middle. His powerful strike was parried by Rafael but Richards was late to his hooked clearance and caught Kieffer Moore - the referee pointed to the penalty spot and Moore slammed high into the back of the net for 1-0.

A triple substitution followed and the Royals peppered their opponents' box with shots and crosses, but five minute of injury time were ticking away...when Baldock dug out a cross from the byline and found the head of Meite who made no mistake - bulleting a downward effort goalwards and Cardiff couldn't keep it out.

Reading then flew forward looking for a winner, but there was no time. And a point apiece meant neither team could meaningfully close the gap on the top six. 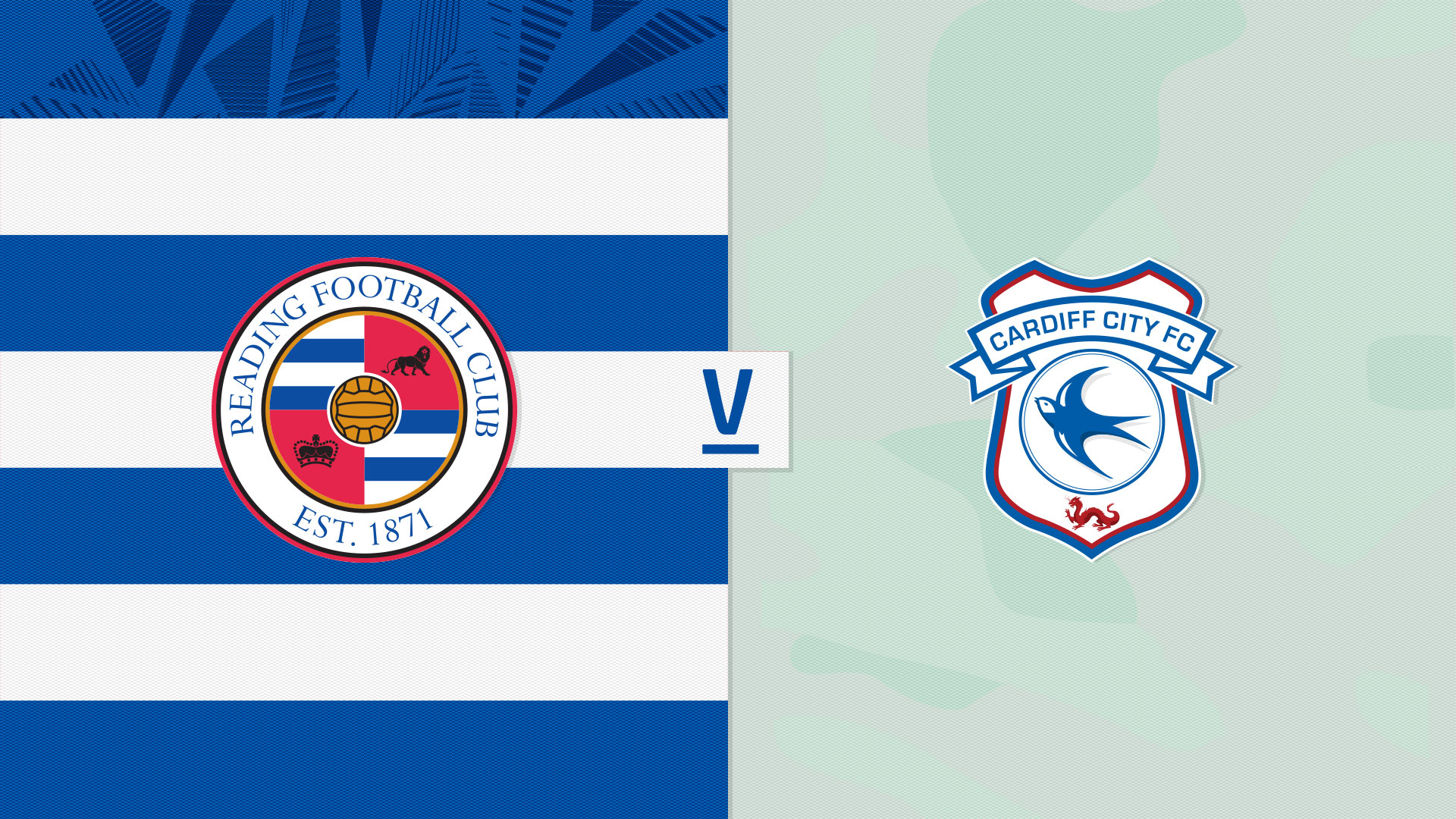 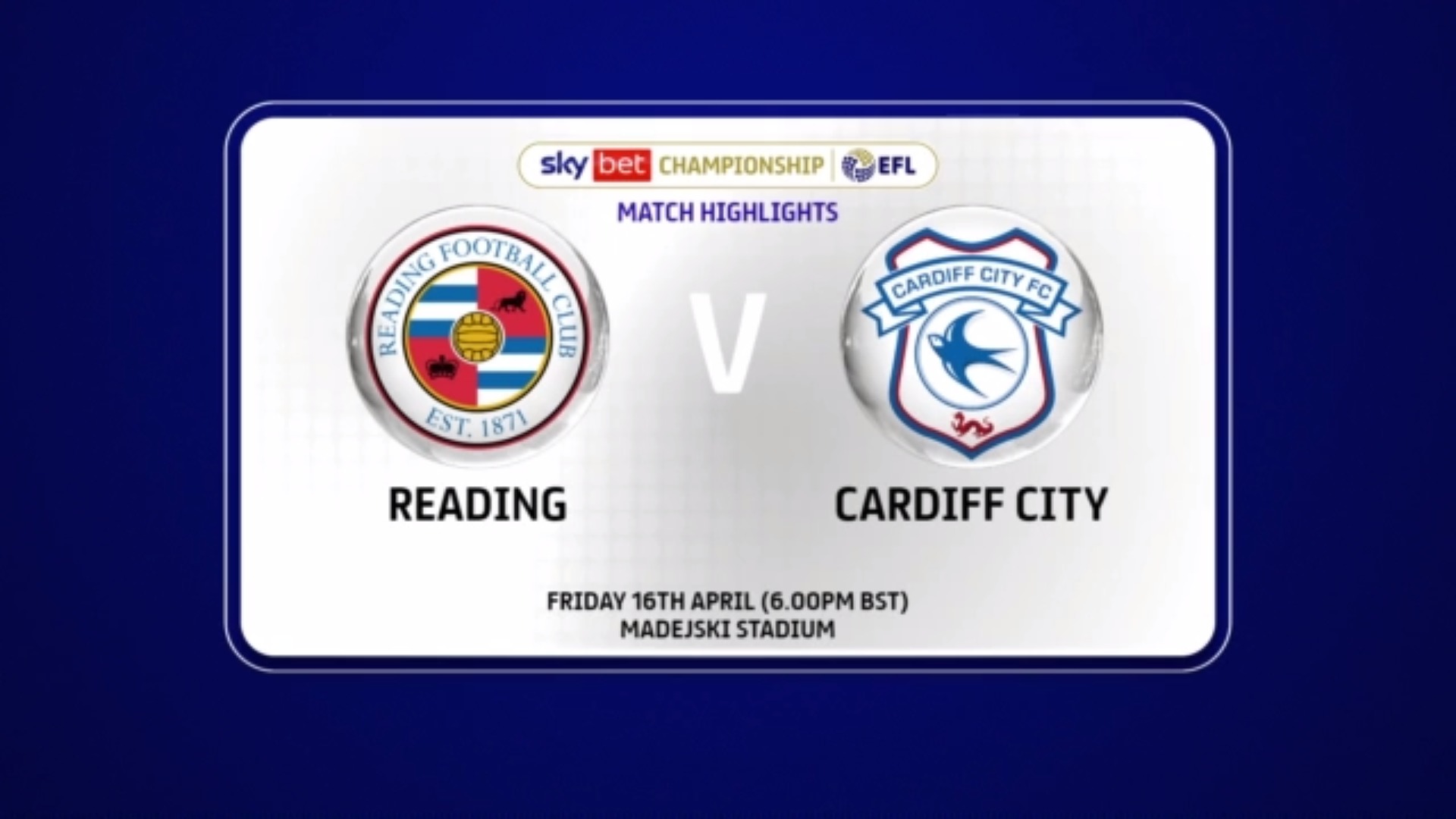 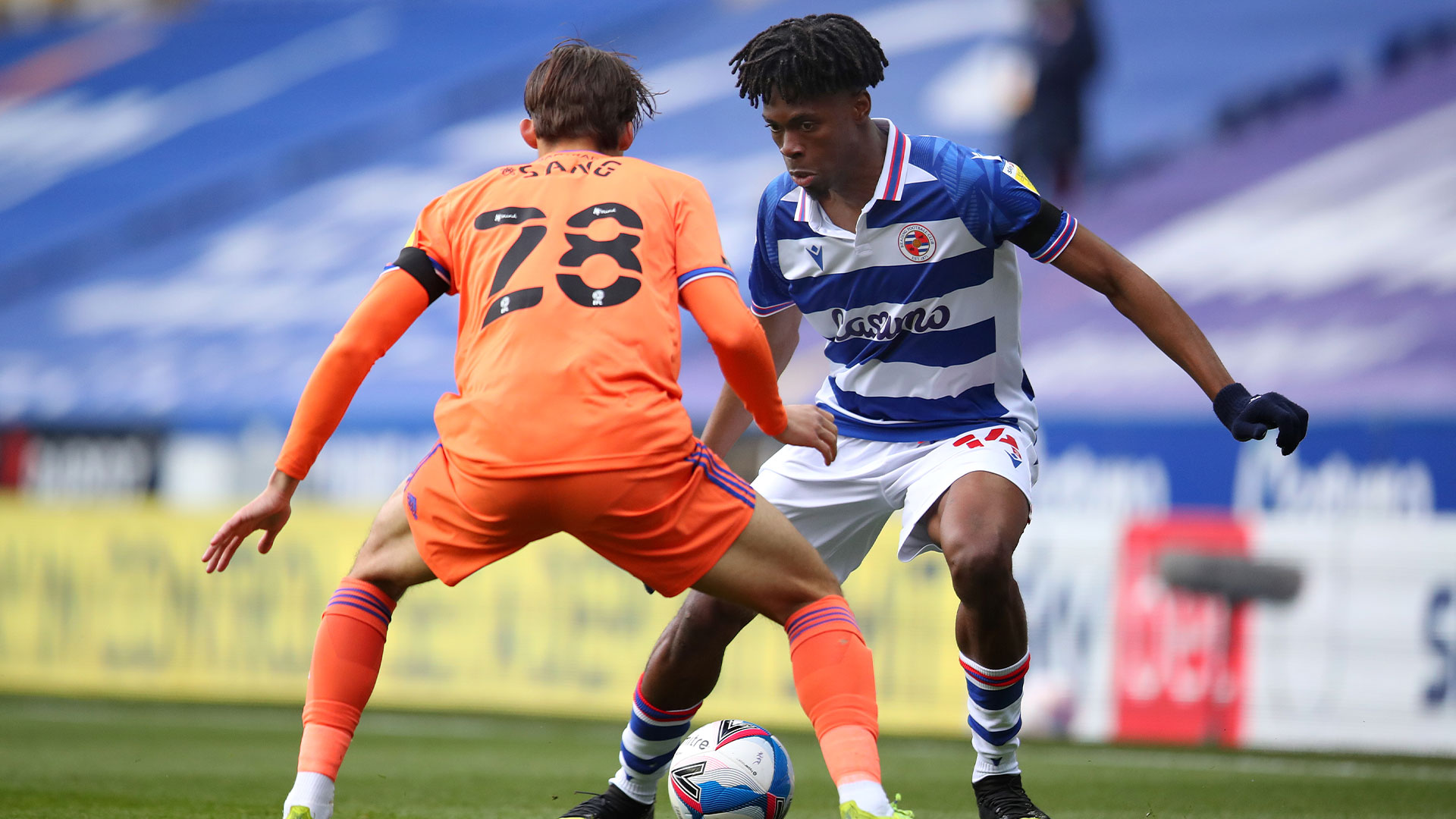