As the crow flies, less than 40 miles separates us from Queens Park Rangers – one of our more local encounters in the league this season. Another battle with our fellow hoop-wearing rivals.

And going into the game, 12 points and 13 places divide the sides – the Royals still among the front runners, and Rangers just outside the bottom quarter.

Not that that necessarily counts for anything, going into any given Saturday. This is one of the proverbial ‘no easy games’ against a QPR side packed with quality, as well as a limited-capacity home crowd on their side. We’ll have to bounce back from defeat last time out and earn whatever we get.

There’s no TV coverage of this one whatsoever, so the only place to watch it is on iFollow.

It's been a fairly lukewarm start to the new campaign for Mark Warburton's side - just four wins from 17 matches to date, and just a single point from the past four outings.

So it hasn't been the most rambunctious start to their sixth season in this division since relegation from the Premier League in 2015, but in a concertinaed table, there's plenty of scope for some upward movement.

Two of Rangers' four wins have been 3-2 victories - their win over Cardiff at the end of October took a stoppage-time strike by Dominic Ball to snatch the points.

The game will be officiated by Tony Harrington - the first time that he's taken charge of a game featuring either of these sides so far this season.

He refereed two Royals outings last year - both of which ended in 2-1 wins against Huddersfield and Millwall - as well as QPR's 3-2 away win in Hull.

Daniel Leach and Mark Pottage are the assistants, while Gavin Ward is fourth official.


Back in the wins, and in fine style - a solid defensive display and a bit of wizardry from Michael Olise earned the Royals a 1-0 win at QPR on Saturday.

The first ten minutes saw both teams work their way into the match, a Richards cross too deep for any teammate in the middle for the Royals, while Rafael had to parry a strike from distance from Ilias Chair that was swerving through the air towards the Royals goal.

With a quarter of an hour gone, Reading earned a corner which Ejaria floated to the back post where Morrison rose but placed a downward header just wide of the bottom right corner.

Aluko scuttled inside to collect a pass in space moments later and took aim, but he arrowed a left-footed drive wide of the other upright.

At the other end, Moore did well to hack a deflected cross behind for a corner with Dykes looking to turn it home from close range.

The Royals so nearly unlocked the Rangers defence when Laurent found Ejaria with a superb pass. From the left he played an early low ball into the middle where it skidded just in front of a sliding Baldock who needed a touch to turn it goalwards.

Another injury blow halted the Royals in their tracks as the impressive Omar Richards had to be replaced by Lewis Gibson just before the half hour mark.

But the next attack came down the Royals' right when Osayi-Samuel got past Esteves and pulled a ball back. It ricocheted off the ankle of Morrison and thankfully into the arms of Rafael on his line.

Minutes later, Moore got a much better deflection on a Tom Carroll's low drive, directing his effort wide of the target and behind for a corner.

As the half drew near its close, Baldock nearly pounced on a mistake from Dickie, but the Royals striker tried to direct a looping ball over an onrishing Seny Dieng and didn't connect properly.

QPR came very close to taking the lead soon after though - Osayi-Samuel found himself in space inside the Royals box and swept a cross-shot towards the back post which was somehow bundled clear by a crowd of bodies.

A floated ball from midfield found the run of Dykes but his glancing backward header was easy for Rafael to gather in as two minutes of injury time elapsed. Goalless at the break.

The second half began in the same fashion - both teams cancelling each other out to an extent. Come nice work from Ejaria and Semedo nearly led to an pportunity for Aluko but the ball over the top was just cut out.

Then Aluko made good progress down the right but he pullled the ball back looking for Semedo only for the low cut back to be intercepted by a hooped shirt.

Laurent made an opportunity all of his own when he burst away from two men and darted down the left. He delivered a good low cross but Baldock couldn't get on the end of it and it fizzed across the six yard box and to safety.

Tom Holmes and Michael Olise were introduced and Olise's first task was to take a set piece that Dieng read well and gathered into his body at his near post.

Semedo looked for Baldock when he escaped down the right flank courtesy of a nice dummy from Olise. But again a QPR defender was there to knock it away and behind for a corner.

Gibson produced a timely block to prevent Adomah from hooking a shot goalwards from a dangerous cross from the left.

But a mistake from Holmes on half was all it took for QPR to come closest to breaking the deadlock. Chair leapt at the opportunity to run at the last man following Holmes being dispossessed and he arced a right-footed shot wide of Rafael's dive but against the inside of the right post.

Reading were finishing strongly, looking for an opportunity that might win it for them. And it came in the 89th minute when birthday boy Olise cut inside, collected a backheel from McIntyre and struck a superb effort past Dieng that nestled inside the left post.

Five minutes of injury time were announced and QPR began to hurl the ball forward at every opportunity. But Reading defended their lead comfortably, watching a Carroll effort slice harmlessly wide with the last kick of the game.

A very patient but important victory, decided by a moment of brilliance.


Back in the wins, and in fine style - a solid defensive display and a bit of wizardry from Michael Olise earned the Royals a 1-0 win at QPR on Saturday. 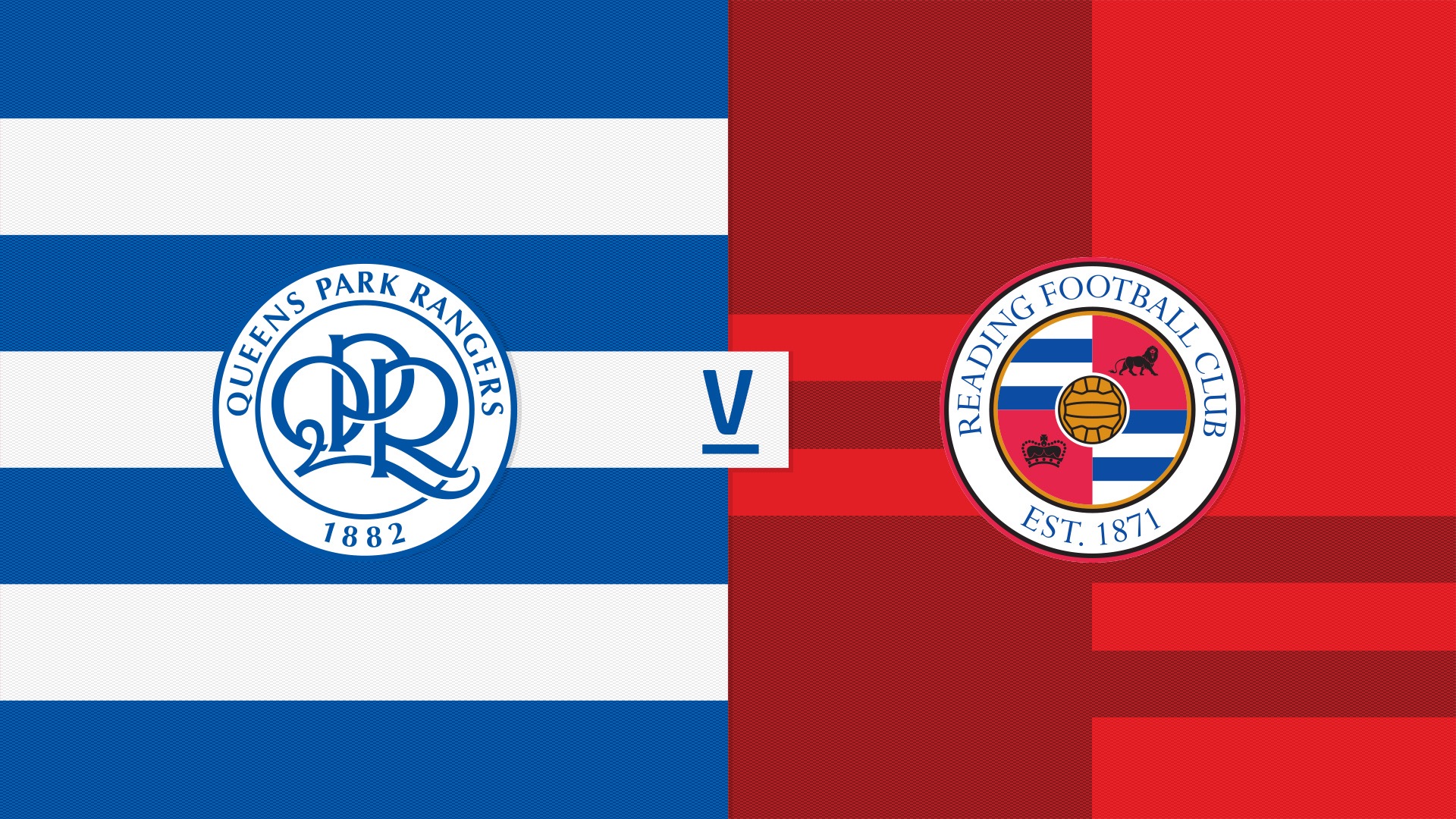 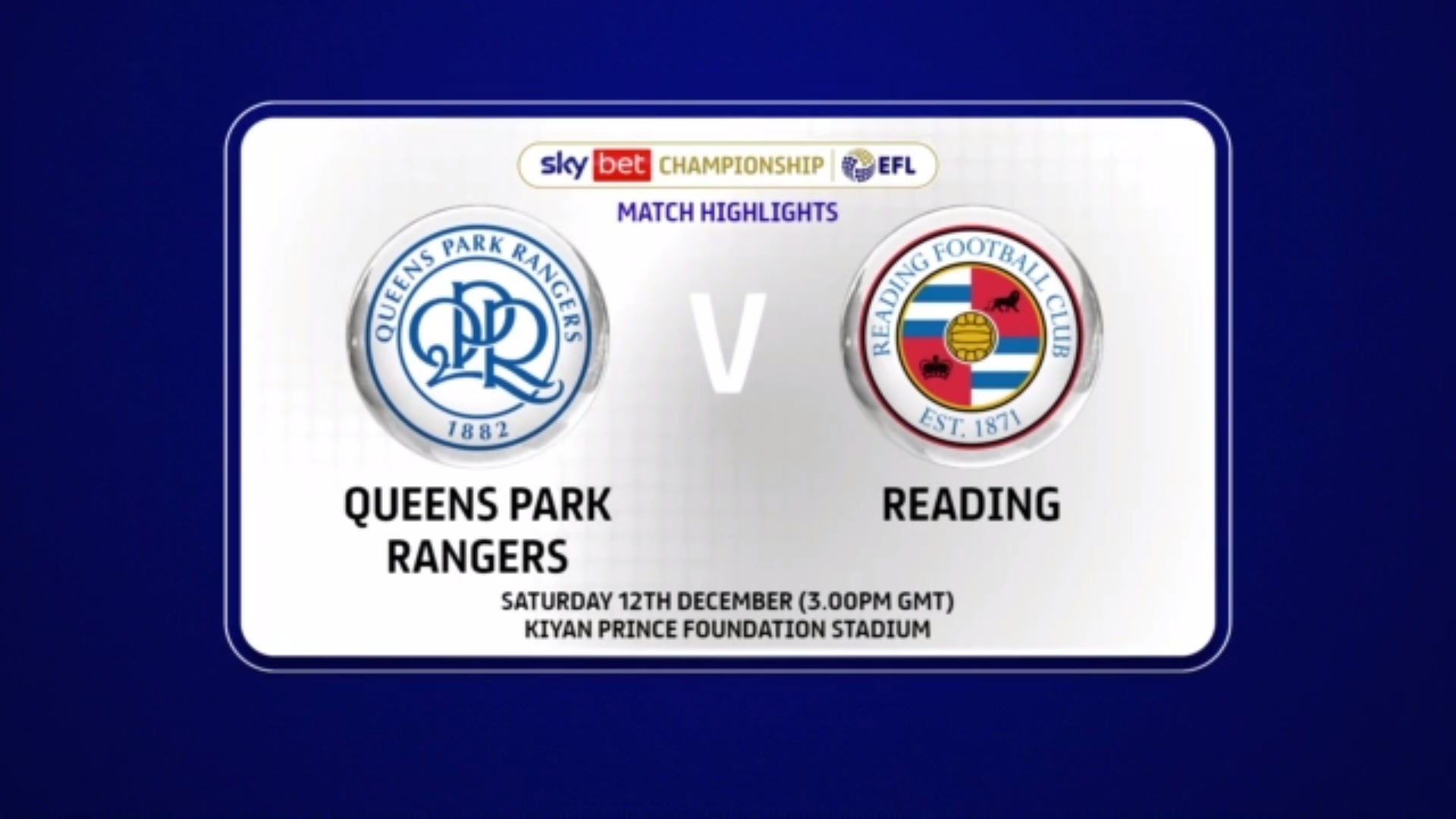 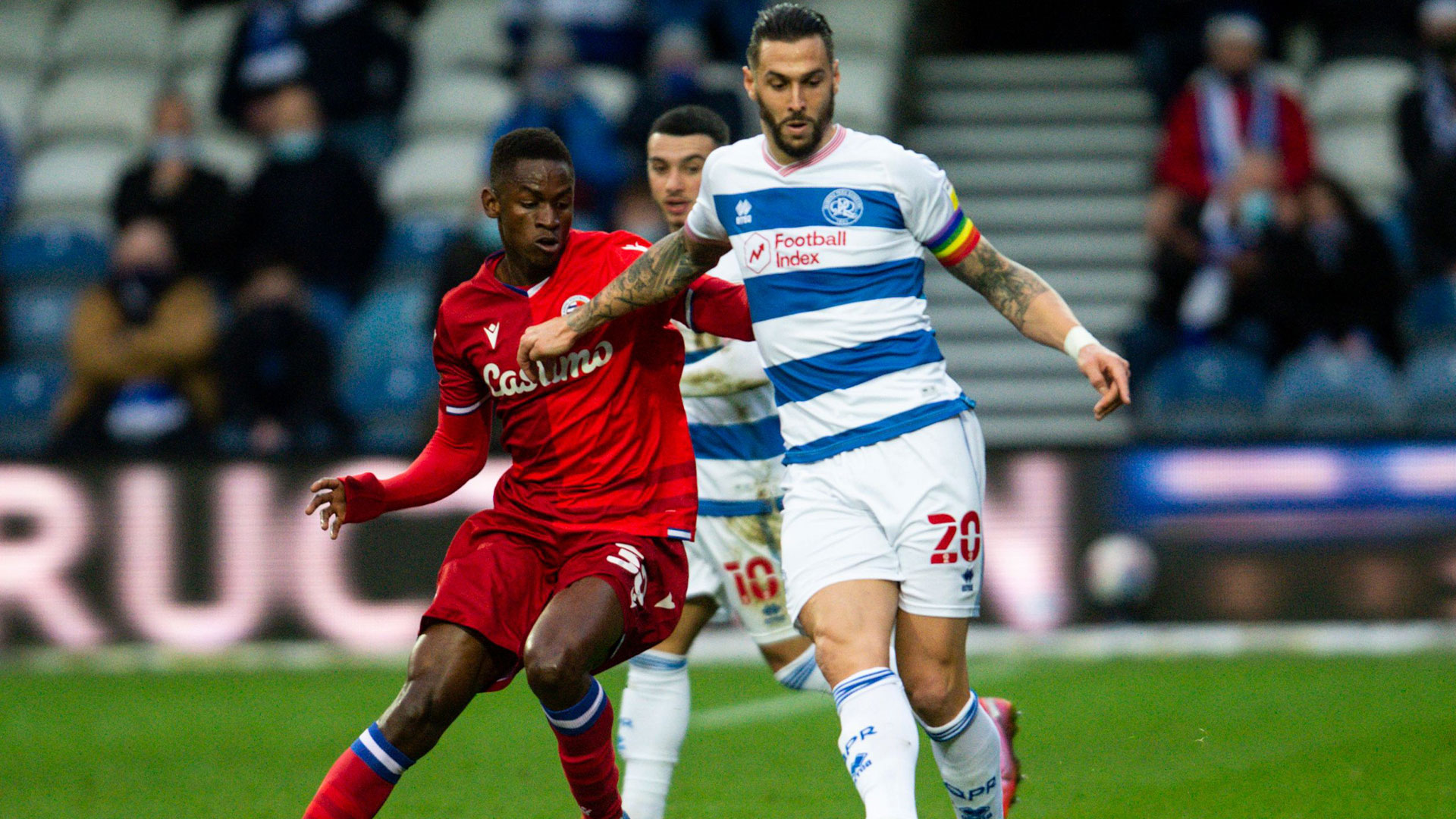