For the final time in the strangest year of modern times, we take to the field at Madejski Stadium on Boxing Day when we host Luton Town.

It’s been a tough year for our fans, who have missed out on the majority of the action in RG2 – including some fantastic wins this season as we continue to mix it up in the upper reaches of the Championship.

And after being back for our three most recent games, it feels tough to have that snatched away from us again and for games to go back behind closed doors… but your health and safety is more important than anything else.

Meanwhile, on the pitch, we’ll be aiming to do the business against the Hatters come 3pm on Boxing Day.

There’s no TV coverage of our Boxing Day encounter against Luton, so the only place to watch it is on iFollow.

Royals supporters based in the UK can get an iFollow Video Match Pass for £10, while overseas fans get a pass for the equivalent of £7 in your local currency – there’s also now a ‘half season ticket’ package available for overseas supporters. There is also the option of getting audio commentary only, as well as packages available for international fans.

It’s the second time that Nathan Jones’ side have come to RG2 this season; the first was in September in the Carabao Cup.

And Boxing Day has a bit of recent significance for the Hatters… their 3-3 home draw with Fulham a year ago, in which a stoppage-time goal denied them the win, was when they dropped into the bottom three. And that’s where they stayed until the final day of the season when they pulled off a 3-2 win against Blackburn to avoid the drop, against the odds!

Their survival last year has rolled over into a steady start this season – they’re as close to the automatic promotion places as they are to the relegation zone, with 20 games gone. That is owed in part to a 3-0 win at Kenilworth Road against Preston a fortnight ago, and a surprise 3-1 triumph against front-runners Norwich City at the start of the month.

Matthew Donohue will be on duty as referee for this game; a second visit to Madejski Stadium so far this season. The first was in October when we met Rotherham and won 3-0, thanks to a Yakou Meite brace and a sole goal by Lucas Joao.

Notably, the official has brandished red cards on four occasions in his nine Championship fixtures so far - including in each of the last three games.

Rob Smith and Steven Meredith are our linesman for the game, while James Linington is the fourth official.

A polite reminder to all of our supporters that no unauthorised access at all will be permitted to this game, so supporters must not travel to Madejski Stadium.


Maiden goals for Tom McIntyre and Alfa Semedo, a long-awaited return to action for John Swift, and three points to show for our efforts. All in all, a good day for the Royals!


First goals for the Royals first team for Tom McIntyre and Alfa Semedo were enough to earn a win over Luton Town on Boxing Day; Kazenga LuaLua gave the Hatters late hope but the Royals eventually took...

First half goals from Tom McIntyre and Alfa Semedo saw the Royals earn a 2-1 victory on Boxing Day - despite a late Luton rally at the Madejski.

Reading started the game firmly on the front foot. Aluko played an early ball into Ejaria's path but he was caught by his man when it looked like he might be in behind the Luton defence and bearing down on goal.

Moments later, Esteves was found on the right side and his low cross fell to the feet of Baldock. He looked to shoot on the pivot but it cannoned into a Luton leg and away to safety.

And with only nine minutes on the clock, the hosts had the lead. Laurent won a corner on the left, Aluko swept the ball in and Tom McIntyre met it with a fine left-footed volley that flew past James Shea for 1-0.

The visitors began to get a foothold in the game, enjoying good spells of possession without threatening the Royals goal. Reading looked for a second, but Esteves' throughball looking for Baldock's run was just to close to the covering defender for him to latch onto.

With ten minutes of the first half remaining, a short corner on the right was drilled high and wide by Aluko. Then moments later Ejaria found himself with the ball at his feet inside the box - he looked to tee up Baldock but as the striker wound up to shoot the ball was nicked off his toes.

And before the break it was deservedly 2-0. Rinomhota won the ball and Semedo drove forward with it. He fed the feet of Baldock, who came inside from the corner of the box and stabbed a ball through the Luton back line and into the continued run of Semedo. He made no mistake, calmly passing the ball wide of Shea and into the back of the net from 12 yards out.

A committed Tom McIntyre tackle on the very edge of the penalty area was given as a free kick, but thankfully the set piece had too much on it to trouble the hosts' defence.

At the start of four minutes of injury time, Mpanzu darted down the left and fizzed a low ball across the Reading box but thankfully no-one was able to get a touch in the middle to turn it home. The visitors finished strongly in fact, but the barks of Morrison held Reading's defence firm - Baldock heading a ball out of his own box to earn the Royals a two-goal cushion at the break.

Nathan Jones made a triple change at the break and a swarm of Reading bodies raced to the ball to block Berry's right-footed drive at goal, McIntyre successfully charging it down.

Aluko nearly chased down a back pass as the Royals sought a third and decisive goal, then Morrison had an appeal for a penalty turned down as he took a tumble when trying to get on the end of a half-cleared free kick.

John Swift was introduced soon after, returning after a long injury lay-off, but Reading were having to defend their lead - Holmes diving to head the ball behind for a corner when a cross from the left threatened Rafael's goal. From the resultant corner, Rafael had to hold onto a powerful Berry header that was straight at the Brazilian keeper.

Baldock was denied a free kick when he seemed to win an aerial ball on half way, but Luton broke down the left and Hylton headed the cross wide of the left post to Reading's relief.

Rafael did well to repel a near post scuffle from a Hatters free kick that was toed goalwards - the Royals keeper smothering the loose ball afterwards too as Lockyer looked to pounce.

With five minutes remaiing, an early cross from the left deflected off the head of Esteves and looped wide of the right post - then Rafael saved from Hylton before the referee's whistle sounded for a foul on Morrison in the build up to his chance.

In injury time, the Hatters gave themselves a glimmer of hope when substitute LuaLua took aim from 25 yards out and the ball swerved past the dive of Rafael and into the back of the net.

But the Royals saw out the remaining three minutes with relative ease to take all three points.


Maiden goals for Tom McIntyre and Alfa Semedo, a long-awaited return to action for John Swift, and three points to show for our efforts. All in all, a good day for the Royals!


First goals for the Royals first team for Tom McIntyre and Alfa Semedo were enough to earn a win over Luton Town on Boxing Day; Kazenga LuaLua gave the Hatters late hope but the Royals eventually took...

Update: The government announcement on Thursday 17th December that Berkshire has been placed into Tier 3 means that this fixture against Luton Town will now take place behind closed doors, with fans not admitted to the fixture. 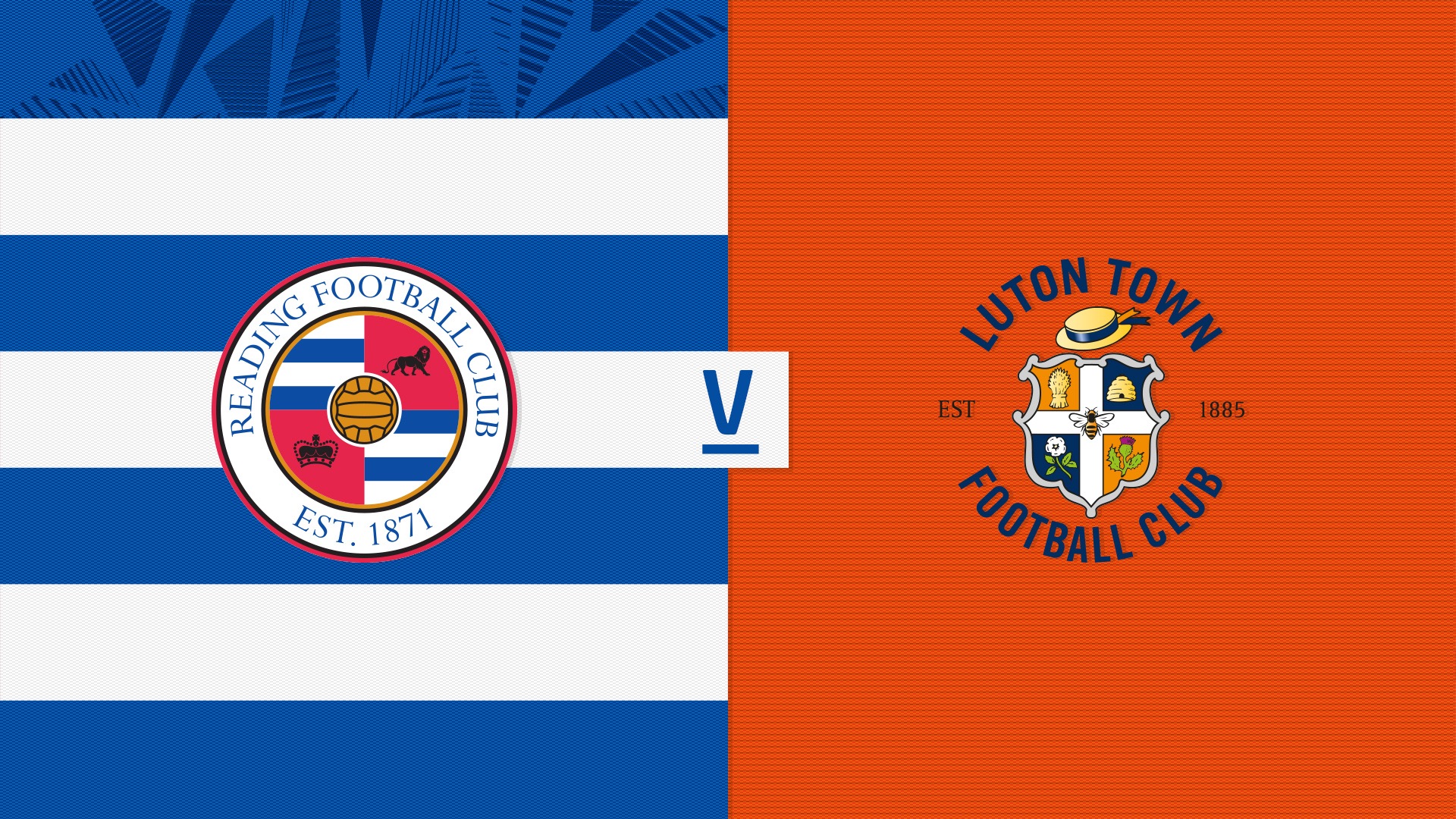 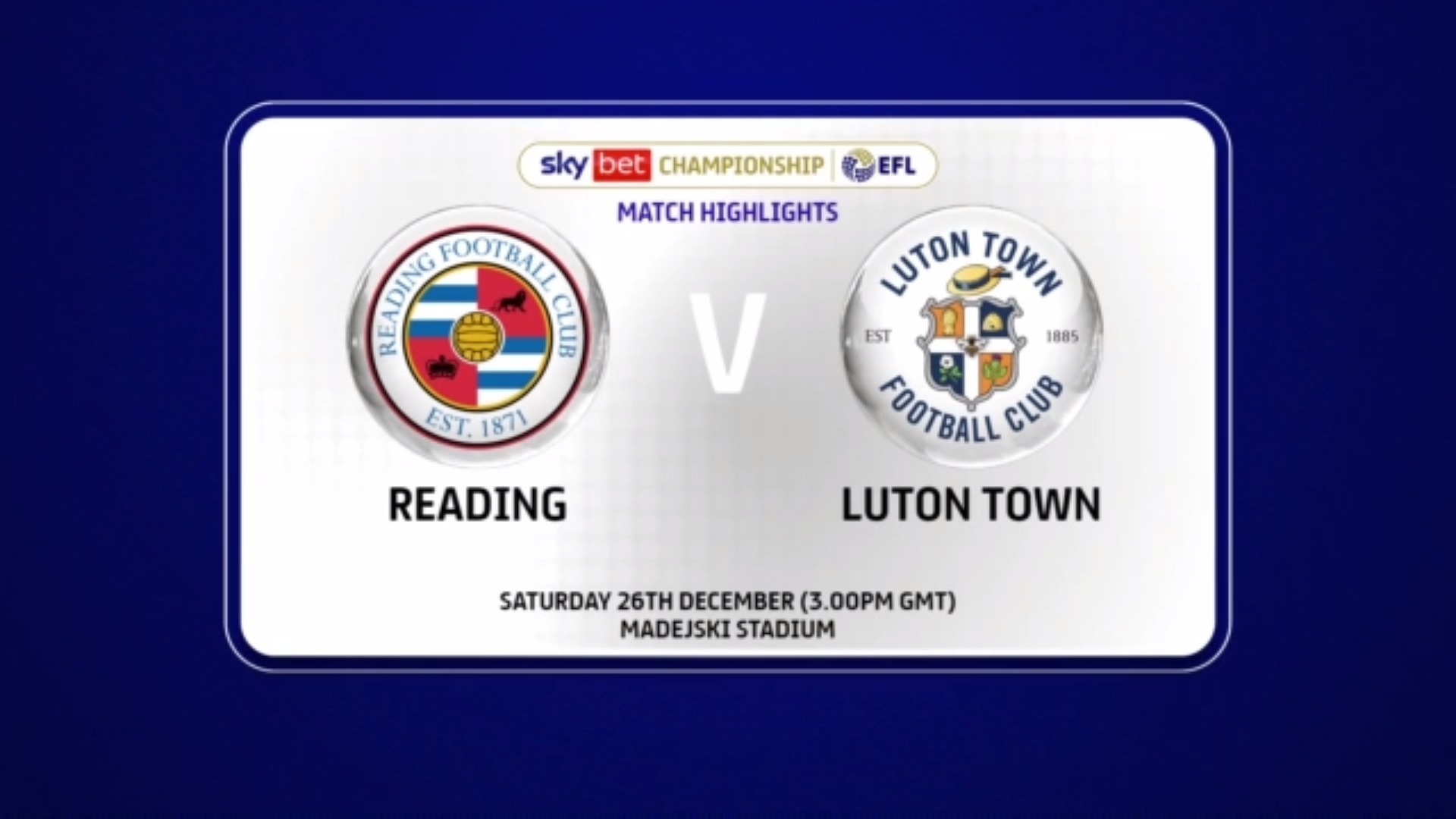 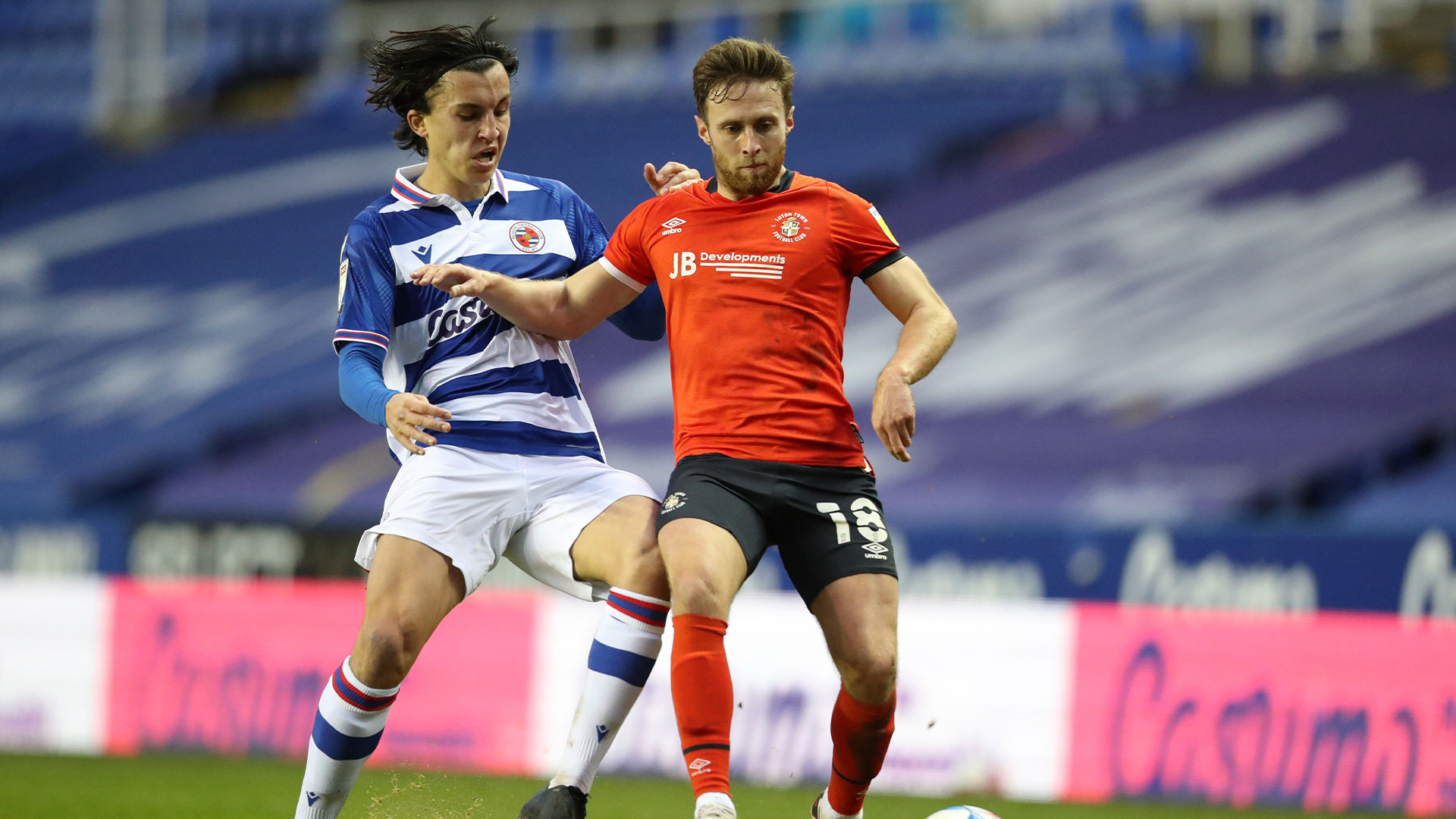