Saturday marks our first ever visit to Brentford’s new home – and there won’t be any supporters in to see it. Our game at the Brentford Community Stadium kicks off a festive programme which could see plenty of behind-closed doors games.

Whether fans are in or not for any of these fixtures, the reward for a win is the same. And in the case of Brentford, it’s an especially important game as we aim to recover from midweek defeat by beating a team right on our tail in the table.

It’s a side that missed out on promotion to the top tier last season in cruel fashion – throwing away an automatic spot and then being defeated in the Play-off Final. But they have started well again this season and could threaten come the season’s end.

There’s no TV coverage of this one whatsoever, so the only place to watch it is on iFollow.

Thomas Frank’s side have brushed aside the disappointment of missing out on promotion last season by making another solid start to the new season – and as we approach the midpoint of the year, they are in the mix again.

Having lost last season’s top scorer Ollie Watkins to Aston Villa in the summer, they have found a ready replacement in Ivan Toney – 16 goals in 19 Championship matches make him the league’s top scorer so far this year.

They’re undefeated in their last 11 – although that includes six draws, and most recently against Watford in a game where Ethan Pinnock was dismissed.

Our fixture will take place under the stewardship of Keith Stroud – neither Reading or Brentford have the best memories of his only other game for either side this season, as we both lost to Stoke when he was referee! The Bees lost 3-2 to the Potters in October, then a fortnight later we were vanquished 3-0.

He was also the man in charge of last year’s first leg of the Play-off Semi-finals between Brentford and Swansea – sending off Rico Henry for the Bees in 1-0 loss.

Ian Cooper and Jonathan Hunt are the assistants this weekend, and David Rock is fourth official.

🖼 Gallery | Royals edged by Canaries under the lights


Lots of effort, no reward - Reading came away empty-handed from a meeting with Norwich City at Madejski Stadium, as the Canaries went back to the summit of the Sky Bet Championship.


After the weekend's win at QPR, there are three changes to the starting XI as Michael Olise, Lewis Gibson and Tom Holmes all come in.


Our good early form and the brand of football on show at the Madejski is set to attract the TV cameras again in December with two more games selected for live TV broadcast.

Teemu Pukki's second half spotkick sealed victory for Norwich City this evening, taking the Canaries back to the top of the table - but an injury-hit Reading matched their opponents for large periods of a tight encounter at the Madejski.

The opening stages saw Norwich enjoy the early possession and they nearly created an opportunity when a clever pass was nearly threaded through to Stiepermann - but he couldn't get the ball out from under his feet to shoot.

Buendia and Pukki combined well but Morrison was alert to the danger, then at the other end a dinked set piece from Olise was volleyed central by Moore but the Canaries cleared and it took some excellent backtracking from Laurent to recover the situation.

But a mistake from Rinomhota gifted the visitors the lead. He misplaced a pass that fell to the feet of Buendia and he scampered forward and slotted the ball wide of Rafael's dive to make it 1-0.

Reading though responded immediately to level. Working the ball from left to right, Aluko's drilled effort spun off a Norwich leg and towards the penalty spot. Ejaria swung a right boot at it and it flicked off Olise's foot on its way to goal, past the wrongfooted McGovern and inside the right post.

City came close to retaking the lead when Max Aarons got away from Gibson and crossed to the near post where Pukki flicked it goalwards, but an instinctive save from Rafael tipped the ball over the crossbar.

The Royals were growing into the game though and producing some nice football in the Norwich half albeit without forcing McGovern to make a save.

Rafael, however, was in action - again tipping over from a Pukki effort at the near post that was heading in. From the corner, the Brazilian was down smartly to gather a downward Hanley header on his goalline.

As the first half drew near its close, Olise ghosted past his man to cut inside from the right and took aim - his effort was flying wide but it took a deflection off Rinomhota to worry McGovern who could only stand and watch as it fizzed just the wrong side of the left upright.

Daniel Farke made two changes at the break and Norwich came out with renewed vigour for the second half. A flat Buendia ball into the box nearly found Aarons arriving in the middle but the ball skidded through for a goal kick.

And the visitors had the lead again when Max Aarons beat Gibson to burst into the box and he took a dive over the sliding challenge of Moore to win a penalty. Contact looked to be minimal but Teemu Pukki stepped up and stroked the ball home for 2-1.

Ejaria skipped away from two men to take aim in search of another leveller, but his effort was wayward as he fell to the ground in taking his shot.

It could have been 3-1 were it not for the woodwork, Pukki passing the ball along the edge of the penalty box and Dowell controlling it before stabbing a shot goalwards which took a deflection off a Reading leg and cannoned into the base of the left post.

An outswinging Olise corner pinballed in the Norwich area but the Canaries cleared the danger and little decisions were going against the home side, frustrating them and the home fans as we entered the final quarter of the game.

Buendia came close when he scurried onto a low cross from the right to hook a shot on target but the ball was deflected behind by a Moore block.

Jayden Onen was introduced to earn his Royals debut, Tom Mcintyre also entering the fray for Tom Holmes. But there was no way through a Norwich City side who were seeing out the final stages with real professionalism.

In injury time, Onen won a free kick within shooting distance, but Olise's stunning effort needed tipping over by McGovern at full stretch.

A couple of corners gave Reading their last chance of salvaging something in the dying embers, but the Canaries stood firm to survive and return to the top of the Championship table.

🖼 Gallery | Royals edged by Canaries under the lights


Lots of effort, no reward - Reading came away empty-handed from a meeting with Norwich City at Madejski Stadium, as the Canaries went back to the summit of the Sky Bet Championship.


After the weekend's win at QPR, there are three changes to the starting XI as Michael Olise, Lewis Gibson and Tom Holmes all come in.


Our good early form and the brand of football on show at the Madejski is set to attract the TV cameras again in December with two more games selected for live TV broadcast.

Tickets for the Royals' meeting with Norwich City on Wednesday 16th December (7.45pm) will open for sale at 10am on Wednesday 9th December. As per current Tier 2 restrictions, our capacity for this game is 2,000.

Tickets will be made available to supporters on the following dates:

* We would strongly encourage supporters to buy online wherever possible

Parking will not be available to purchase on the day, so supporters who wish to park at Madejski Stadium should purchase their parking at the time of booking their tickets. Parking will be £10 per car in our main car park and £5 for our accessible car park (a blue badge will need to be shown on the day to be allowed entry to this car park).

We have put together full information about our returning fixtures – which includes parking, getting hold of your physical ticket, and other important information. Click here to read.

Your safety is paramount as we return to RG2 . Click here to read more about how we’re making Madejski Stadium ready for our supporters. 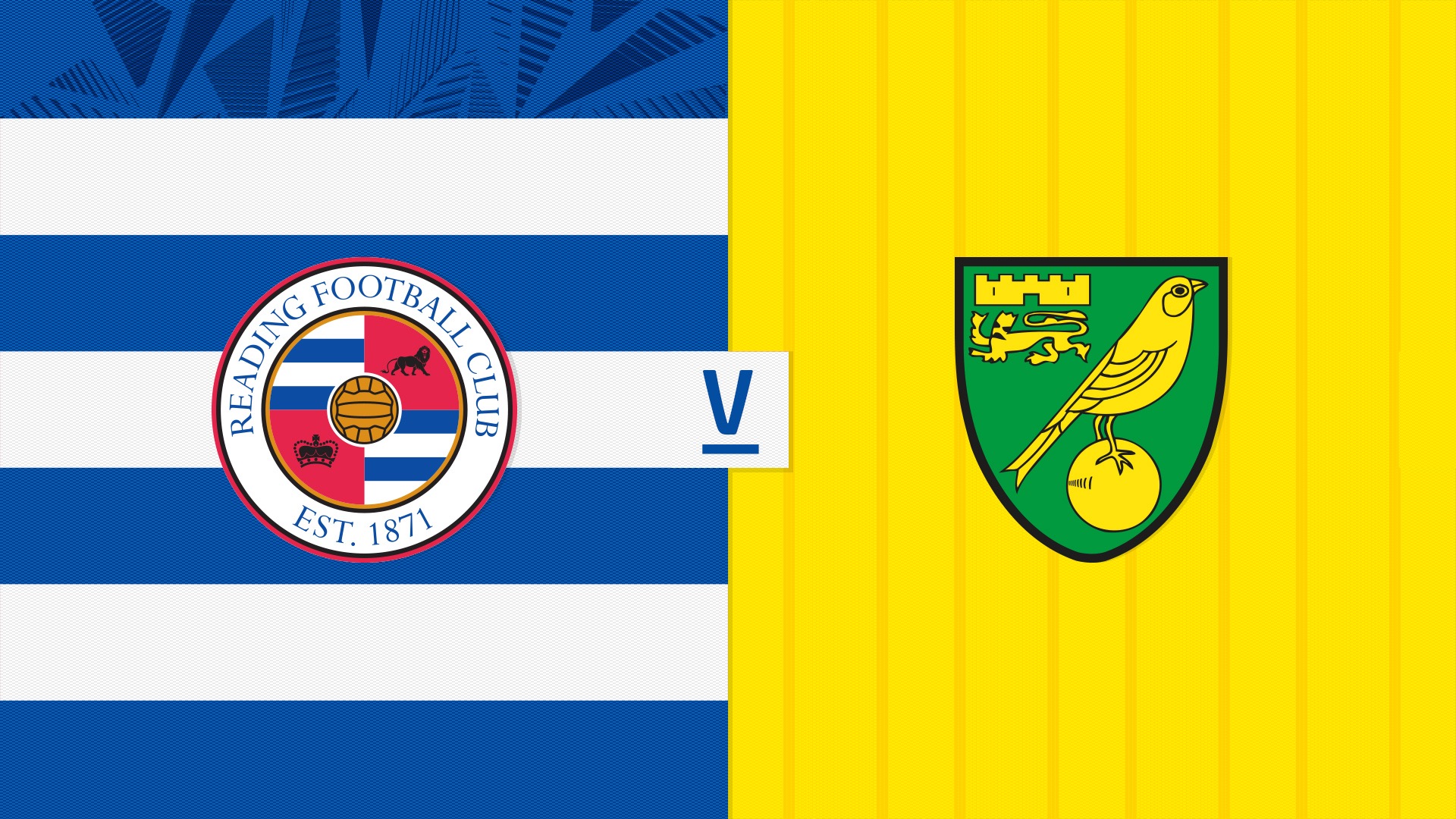 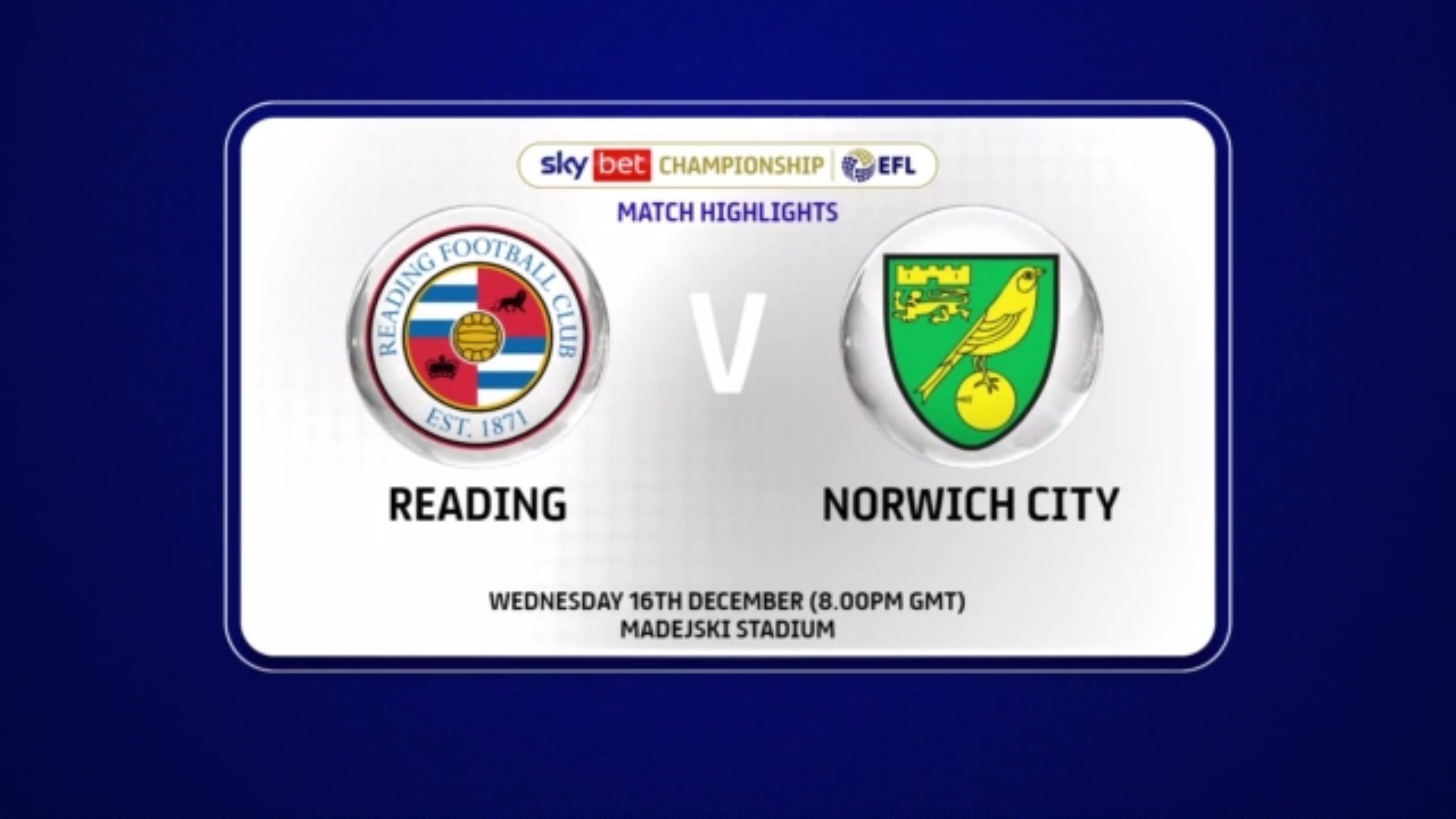