Despite being made to settle for a point in tricky conditions against Stoke on Saturday, the Royals go into Wednesday evening’s visit from Brentford, seven games unbeaten and looking to extend that run when the in-form Bees land at Madejski Stadium.

Brentford, who haven’t lost in the league since late October, sit second and come into the game on the back of three straight wins. The Royals sit six points and two places below the Bees in fourth, but Wednesday presents us with a chance to cut the gap and keep the pressure on the top two.

Our midweek meeting also offers Veljko Paunović’s men the chance for more payback against a side who had previously gotten the better of us, as Brentford did in December. A team is yet to complete a league double over the Royals this season.

Wednesday evening’s highly anticipated clash in RG2 is available for supporters to watch via iFollow.

Supporters can grab their match pass to watch proceedings unfold, by clicking here ahead of our 7pm kick-off.

Thomas Frank’s Bees are without doubt the division’s form team. Not only have they not lost in 20 league games, but they have won three games on the spin, during which they have found the net on 14 occasions.

This impressive record has seen them surge up the table and the Greater London side find themselves just a point off top spot, with a game in hand on leaders, Norwich City.

Last time out, Wednesday’s visitors enjoyed success on the road as they recorded a 4-1 win over play-off hopefuls Middlesbrough.

During the January transfer window, Brentford bolstered their ranks with the permanent addition of Iranian winger Saman Ghoddos and the loan signing of West Ham United centre-back, Winston Reid.

One to watch: Ivan Toney

With 22 league goals to his name in just 27 appearances, it is no surprise that Toney sits top of the scoring charts. Since arriving in the summer from League One side Peterborough United, Toney has hit the ground running and has proved the perfect replacement for the departing Ollie Watkins.

The 24-year-old striker’s fine run of form continued over the weekend, as he struck twice during his side’s resounding victory over Middlesbrough. Toney, who is enjoying his most successful season to date, will be hoping to add a first promotion to his footballing CV in his first year working under Frank.

A former-Northampton Town academy product, Toney has nothced six goals in his last three outings and the Royals backline will undoubtedly be looking to keep the highly-rated forward at bay during his visit to the Madejski.

Wednesday night offers the Royals a chance to bring an end to three consecutive defeats against Brentford.

Reading have not beaten the Bees since April 2019, when two first-half goals in the space of seven minutes from Yakou Méïté sealed a 2-1 win for the Royals.

The last time the two sides met, the Bees sealed a 3-1 victory after hitting three inside 18 minutes thanks to goals from Bryan Mbuemo (2) and Mathias Jensen. Sone Aluko pulled one back for the Royals, but his strike proved little more than a consolation at the Brentford Community Stadium.

Tony Harrington will take charge of proceedings on Wednesday evening, for what will be his second Reading game of the season.

Harrington last officiated a Royals match back in December 2020, during which Michael Olise produced a moment of magic to see off QPR during a 1-0 victory at Loftus Road.

Robert Hyde and Daniel Leach will assist Harrington on the night, while Andy Woolmer will be the fourth official on this occasion.

During Harrington’s 23 league games to date, he has issued 61 yellow cards and two additional red cards.

📯 Team news | Yiadom and Semedo start against the Bees


Andy Yiadom makes only his second start of the season this evening, returning from injury to take up the right-back position for the Royals.

Reading were denied anything from an intense and entertaining encounter with long-time unbeatene Brentford; two late goals stealing victory for the visitors.

The Royals started brightly, earning two corners in the first two minutes - both cleared by the Brentford defence.

Ejaria and Olise did well to begin a counter attack eight minutes in which saw Semedo centre the ball lookiong for Joao. Again a Bees defender intercepted but Yiadom recycled it and won a corner when his deflected cross spun behind.

Both teams were full of energy and intent and the intensity was there for all to see, both sides biting into tackles and harrying their opposite number as soon as they were in possession of the ball.

Yiadom cleared two successive corners from the Brentford left and Reading countered from the latter, Joao so nearly preying on a pass back to Raya which looked like it might not reach the Bees keeper for a moment.

The visitors got their first shot away from the right foot of Toney but the ball deflected harmlessly wide and behind for a goal kick.

And Reading deservedly took the lead in the 25th minute. Morrison found Ejaria with a superb crossfield ball and he laid the ball into the feet of Laurent just inside the Brentford box. As he looked to pull the trigger, Henrik Dalsgaard seemed to clip the midfielder's heels and Laurent took a tumble.

The referee immediately pointed to the penalty spot and Lucas Joao stepped up to tuck away his spotkick low past the fingertips of Raya and in off the base of the left upright.

The visitors, unbeaten in their lasy 20 games, looked to respond quickly and upped their intensity to another notch. But the Royals were equal to it, Yiadom sliding in to deny Fosu a shot or a cross towards the loitering Toney.

And Reading nearly carved out a second when Richards burst onto a charged down Laurent shot, scurried down the left side of the box and flashed a low cross across the six yard box and just in front of Joao in the middle.

But the Bees were level with nine minutes of the first half remaining. Josh Dasilva barged his way into the box down the right from a quickly taken free kick and he lashed a powerful effort high inside the left post for 1-1.

Reading nearly refound the lead immediately, an early cross from the right from Yiadom was won in the air by Joao and Raya had to tip the ball over his crossbar.

Joao then got in behind the Brentford back line to stride onto a lovely ball from Richards, but as he dragged the ball into a shooting position inside the Brentford box, Ethan Pinnock slid in to get a toe to the ball and touch it onto the leg of Joao and behind for a goal kick.

And as the interval approached, again the Royals came close. Laurent jinked his way into a shooting position and swung a right boot at the ball, but Raya was in the right place to parry it and it was shuffled behind for a corner before Yiadom could pounce on the loose ball.

There was no let up in the second half. Rafael came out of his goalmouth to clear the danger from a direct ball from deep that Toney threatened to run onto.

The Royals then broke in turn, Olise getting the ball to feet down the right side of the Bees' box, cutting back onto his left foot and see his shot ricochet off a Brentford body and spin just wide of the bottom right corner.

On the hour, a free kick just inside the visitors' half was floated onto the head of McIntyre who nodded the ball down for Yiadom in a yard of space. But his touch denied him the chance to shoot and the ball rolled behind for a goal kick.

Thomas Frank brought on Sergi Canos whose first input saw him run onto a Toney flick on and loft the ball over the top of the Reading defence looking for Dasilva - but Morrison was across well to scramble the ball clear before the midfielder could trouble Rafael.

Brentford were starting to build some pressure and Richards did brilliantly to track the run of Canos and see the ball out for a goal kick.

And Richards was again on the ball to deny Toney a shot at goal after a Dasilva pass into the Reading box had threatened to fall for the free-scoring striker.

Dasilva burst past Ejaria to reach the byline down the right and his low cross into the six yard box was superbly cleared by Morrison.

Going into the final ten minutes, somehow both teams had sustained the intensity they began the match.

But Brentford found the winner. A deep cross from the left was chested down by Toney and Dasilva hammered the ball high into the net past the helpless Rafael with a close range volley that sent the away bench wild.

And the three points were in the bag when they found a third late on. Canos drilled a low shot at goal which Rafael got down well to parry, but Toney was first to the loose ball and slotted the ball home from close range for 3-1.

An Olise free kick deflected off the Brentford wall and wide for a corner and the assistant referee saw an infringement in the area to halt any Reading opportunity from that set piece.

But the points were Brentford's at the end of a pulsating encounter.

📯 Team news | Yiadom and Semedo start against the Bees


Andy Yiadom makes only his second start of the season this evening, returning from injury to take up the right-back position for the Royals. 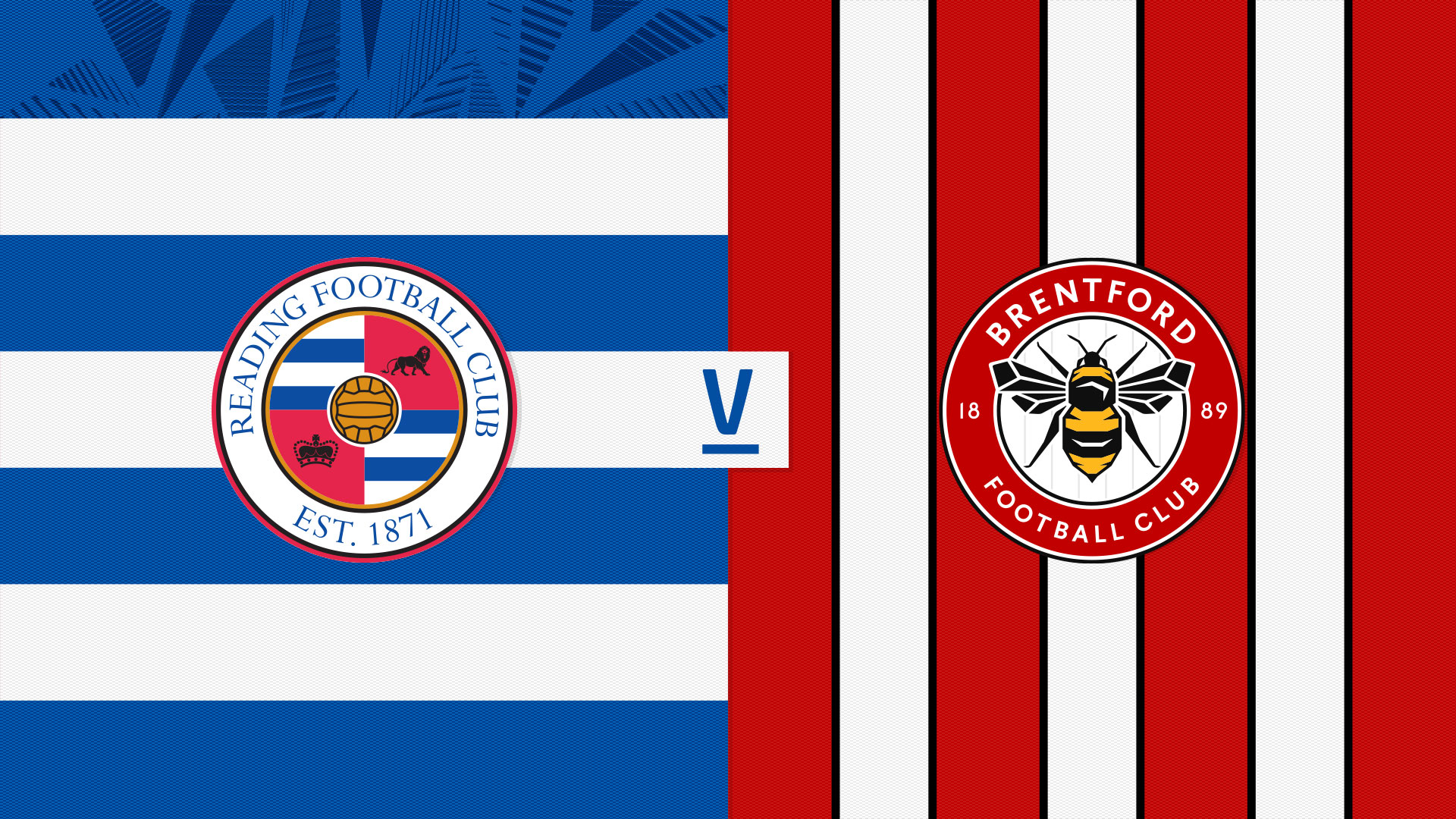 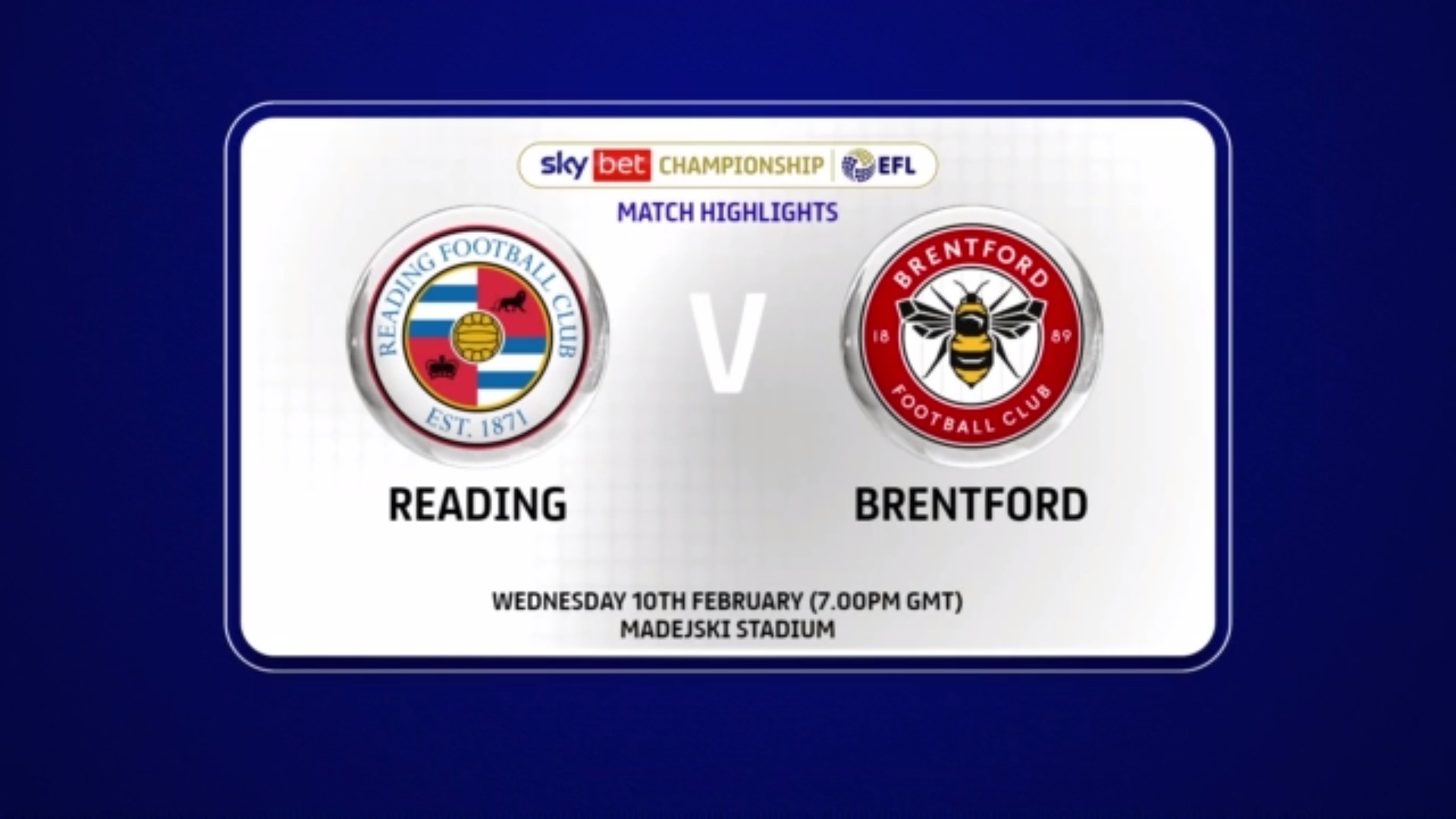 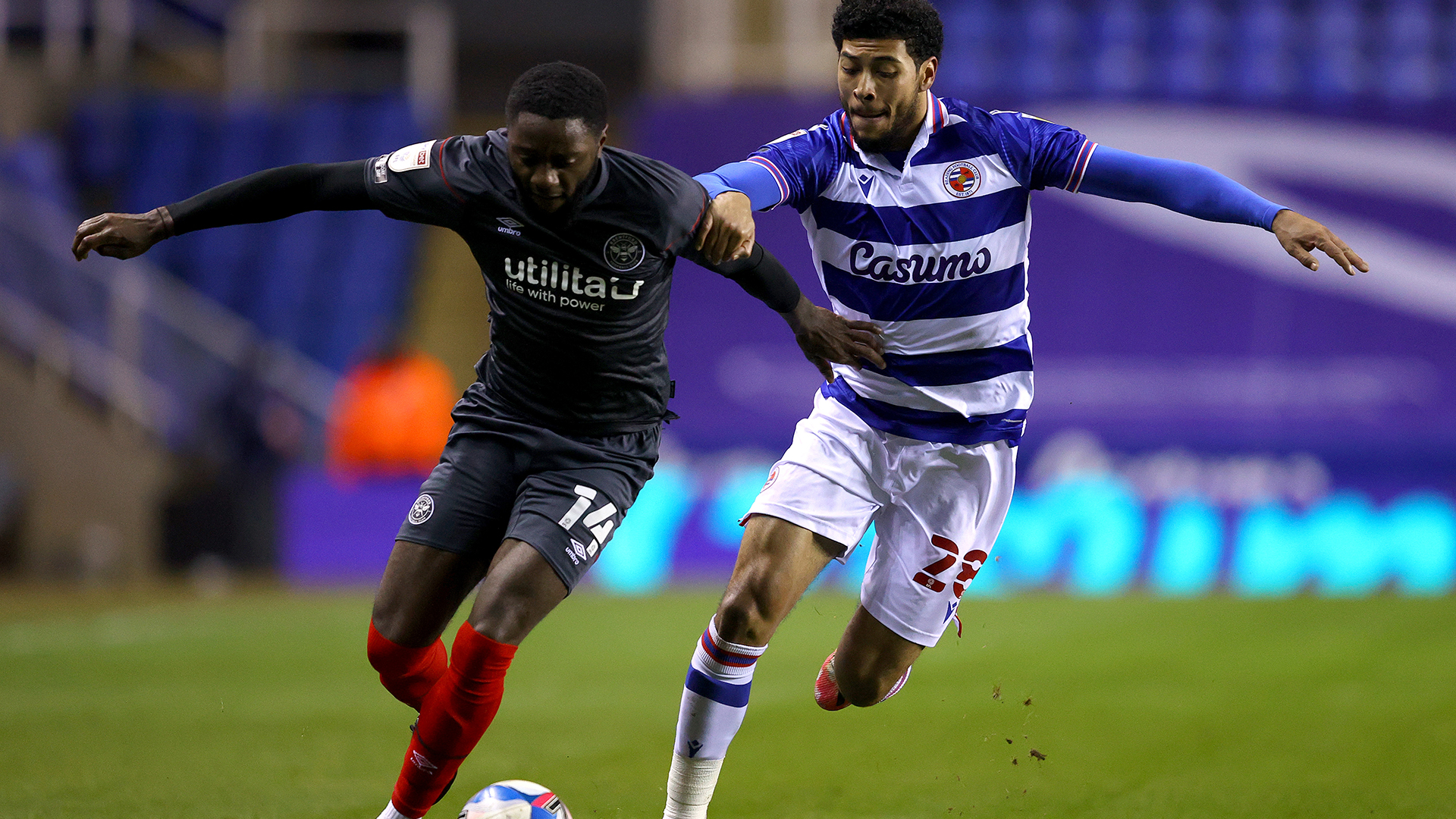