Having returned to winning ways with three points over Bristol City at Ashton Gate, the Royals will be hoping to push that momentum into the weekend and begin to string together another unbeaten run, starting with the visit of Middlesbrough who travel to the Madejski on Saturday.

Having made the Royals work hard for a share of the spoils during a 0-0 draw at the Riverside Stadium when the two side's met in October, Veljko Paunovic's side will have to be on their metal to get the better of a physical Neil Warnock outfit, who continue their chase for a top-six spot.

Saturday's visitors themselves ended a run of successive defeats last time out with a win over Huddersfield Town, meaning they too will travel to Berkshire full of confidence. Victory for Reading against eighth-placed Boro, could see us move 11 points clear of seventh.

Saturday's meeting with the The Boro is available for supporters to watch via iFollow.

Royals supporters can grab their Match Pass to watch proceedings unfold, by clicking here ahead of our 3pm kick-off.

Having previously failed to win in five, Warnock's men shook themselves free of their bad run with a 2-1 victory over Huddersfield Town at the weekend. The Boro sit six points beneath the play-offs, with the chance of promotion still firmly in their sights with 16 games to play.

During Boro's home win over the Terriers, midfielder Paddy McNair was dismissed following a foul on Juninho Bacuna, but the red card has since been appealed and rescinded, meaning the Northern Ireland international will be available for selection at the Madejski.

One to watch: Jonny Howson

Described by Warnock as 'the best midfielder in the league', former-Norwich City man Howson signed a new contract with The Boro back in November, and has continued to operate at the heart of midfield for the Teesside outfit ever since.

The 32-year-old, who arrived at the Riverside in July 2017, has scored once in 27 appearances during his fourth season with Middlesbrough. The ex-Leeds United captain has a wealth of experience at Championship level, and has previously won promotion to the Premier League on one occasion with the Canaries during the 2014-15 season.

Howson began his career with Leeds, and in 2011 represented England once at U21 level. His one goal to date this campaign came during a 2-1 win over Barnsley.

The West Yorkshire born man who has over 550 career appearances in 15 years is a versatile operator who can be deployed across the midfield, from defensive lying positions, to as a number ten.

The Royals haven't tasted victory over The Boro since a 2-0 win back in October 2015, and will be hoping to set the record straight on Saturday.

That last win over the Teessiders came courtesy of a Danny Williams opener after just 15 seconds, and an 88th minute penalty from Nick Blackman, which saw the Royals to victory at Madejski Stadium.

The last time the two side's met, proceedings ended in a stalemate as the Royals best efforts to notch an opener were cancelled out by Warnock's men. Prior to October's draw at the Riverside, Boro had won all of their previous seven meetings with Reading.

The Royals have won nine and drawn 11 of a total 36 meetings between the teams, dating back to April 1927.

David Webb will be the man in the middle come Saturday afternoon, for what will be his third Reading game of the season.

Webb has already taken charge of two Royals fixtures this season, our 3-2 defeat to Coventry City at St Andrews in October 2020, and our 0-0 draw away at Swansea City back in December 2020.

Ian Cooper and Rob Smith will assist Webb at the weekend, while Robert Massey-Ellis will be the fourth official on this occasion.

During Webb's 24 league games to date, he has brandished 60 yellow cards and four additional red cards.


Josh Laurent has recovered from the short-term injury which kept him out against Bristol City in midweek, and comes straight back into the starting XI to face Middlesbrough at Madejski Stadium.

Middlesbrough fired two goals in seven first half minutes and then frustrated the Royals who found no answer to their opponents this afternoon, never finding their fluid best and dropping points as a result.

Five minutes into the game and Alfa Semedo beat his man to dart into space down the left flank. He aimed a low ball into the middle but it bobbled between Joao and Olise in the middle and Boro could clear.

Soon after, Reading broke down the other wing. Semedo found Olise who cut inside and teed up Rinomhota for the shot from the edge of the box. However, the midfielder dragged his effort inches wide of Bettinelli's dive and the left upright.

Reading were looking to create opportunities at every opportunity and Semedo won a corner that Olise swung in. Joao had to bend his neck to get his head to it but couldn't keep his effort down and the Boro keeper watched it float over his crossbar.

Against the run of play though, the visitors took the lead. Laurent was penalised for what looked like a good tackle and a McNair free kick from deep was floated into Fry. He nodded the ball across the six yard box where Ashley Fletcher turnED it home from close range.

Ejaria nearly levelled four minutes later. A nice move involving Joao and LAurent saw the ball toed into the feet of Ejaria, who found a yard to pull the trigger but his effort fizzed just wide of the post once more.

And instead it was 2-0. A run across the box saw the ball teed up for Bola on the edge of the box and a sweet strike whistled through a crowded Reading box and past Rafael to nestle inside the top left corner.

McIntyre got his head to an Olise corner but couldn't direct it goalwards as the Royals looked for a goal to get them back in the game.

Middlesbrough were frustrating Reading, taking the momentum out of it at every opportunity and defending their lead well and in numbers. And they nearly got a third on the stroke of half-time when Ejaria was dispossessed and Howson broke, sliding the ball into the path of McNair in a shooting position. Rafael was down well to his left to save and he leapt on the loose ball before a red shirt could pounce.

Reading had it all to do in the second half.

Reading made a double change at the interval - Esteves and Gibson replacing Richards and Semedo. And Esteves won a free kick on the corner of the box which Olise whipped in - Joao looked to glance it goalwards but a Boro head deflected it behind for a corner.

Boro broke almost to good effect from that cleared corner, Duncan Watmore scampering into acres of space and Rafael in two minds as to whether to come racing out of his area to clear the danger. He rightly opted to stay put an and collected the ball after a loose touch from Watmore.

Middlesbrough were dealing well with anything Reading managed to throw at them and looked comfortable in their two-goal lead, looking to catch their hosts on the counter attack an makde sure of the win.

But two right-backs combined to nearly pull one back for the Royals. Yiadom did well to keep the ball in down the right and collected a one-two from Esteves, only to stab his shot just wide of the post with the outside of his right boot.

Olise had the ball in the back of the net when he latched onto a lovely ball from Ejaria and rounded Bettinelli to score - but the offside flag ruled it out and Reading's frustrations continued.

The Royals continued to look for an opening - Laurent bustling into the box but his show was charged down, then Yiadom from the right side scurried into the box but was crowded off the ball. But nothing was quite coming off.

Fletcher tested Rafael on the counter attack at the other end, the Brazilian equal to his right-footed drive.

Having scored a great goal at Bristol City in the week, Morrison strode forward again as we entered the final ten minutes, and he firmly fired a right-footed effort at goal that Bettinelli needed to parry away.

Aluko was brought on with four minutes left in a final throw of the dice and Morrison headed over from a free kick delivered by the substitute, but there was no way through a well-organised Boro side who gained ground on those above them to reignite their race for a play-off place.


Josh Laurent has recovered from the short-term injury which kept him out against Bristol City in midweek, and comes straight back into the starting XI to face Middlesbrough at Madejski Stadium. 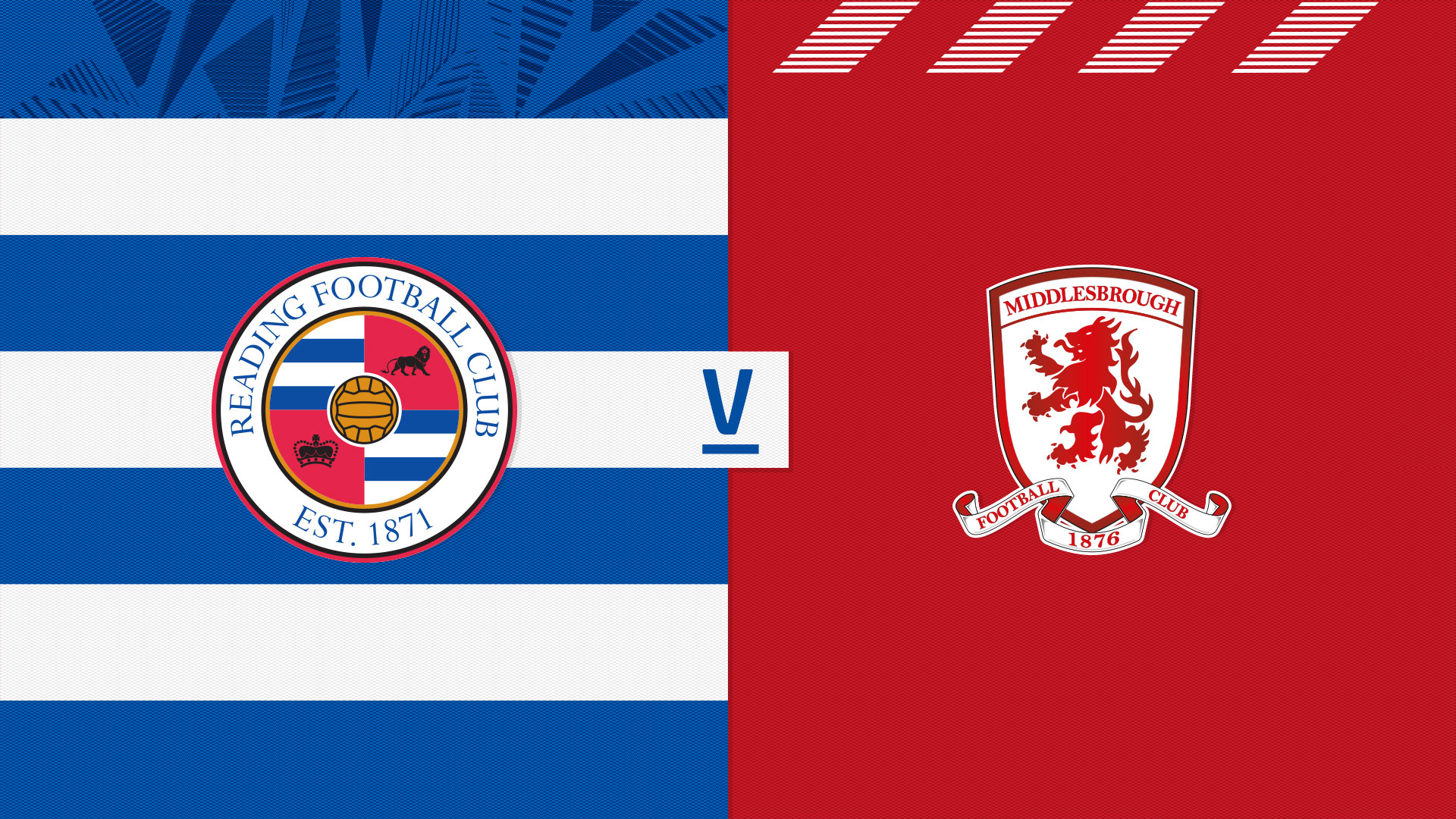 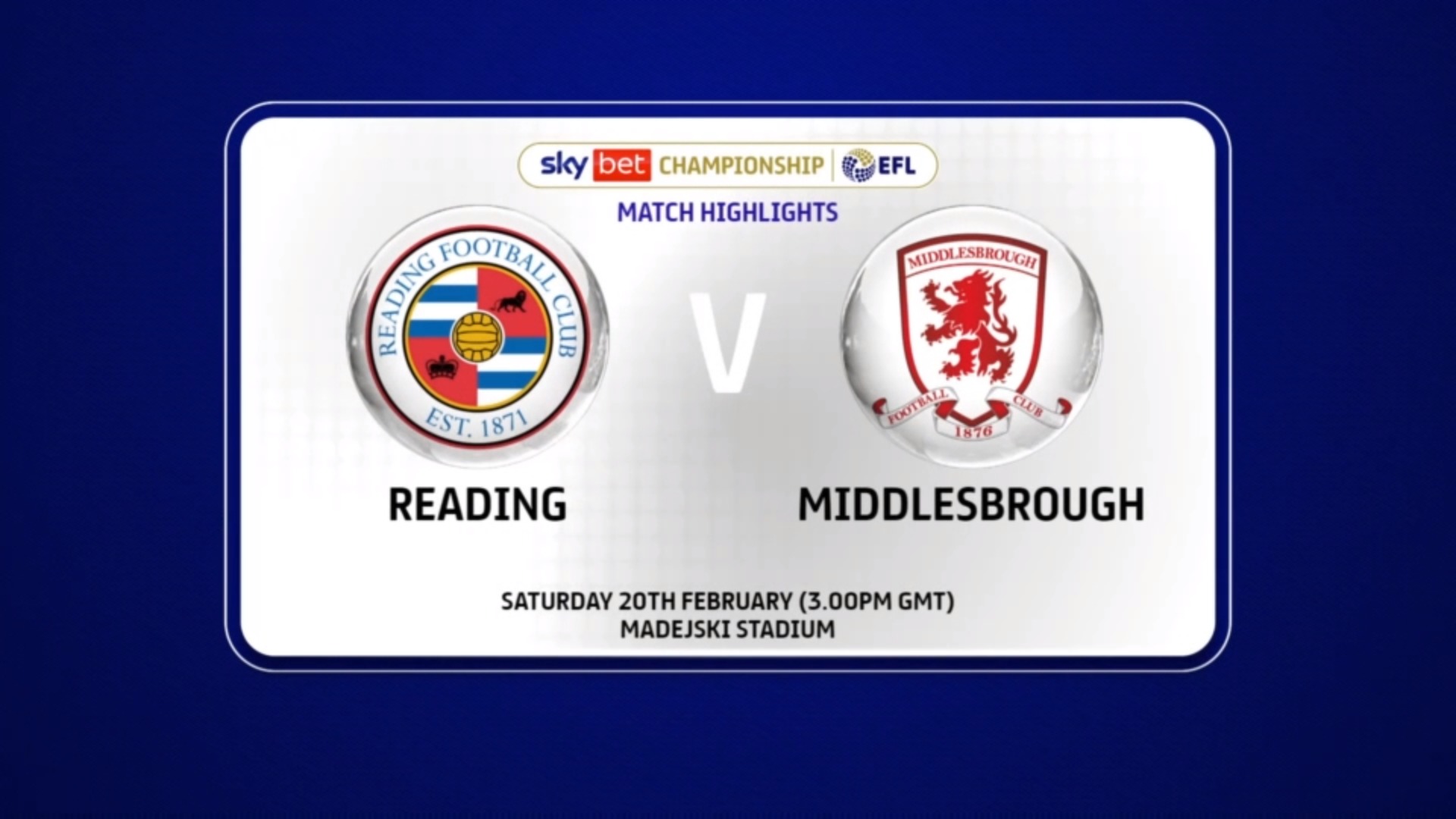 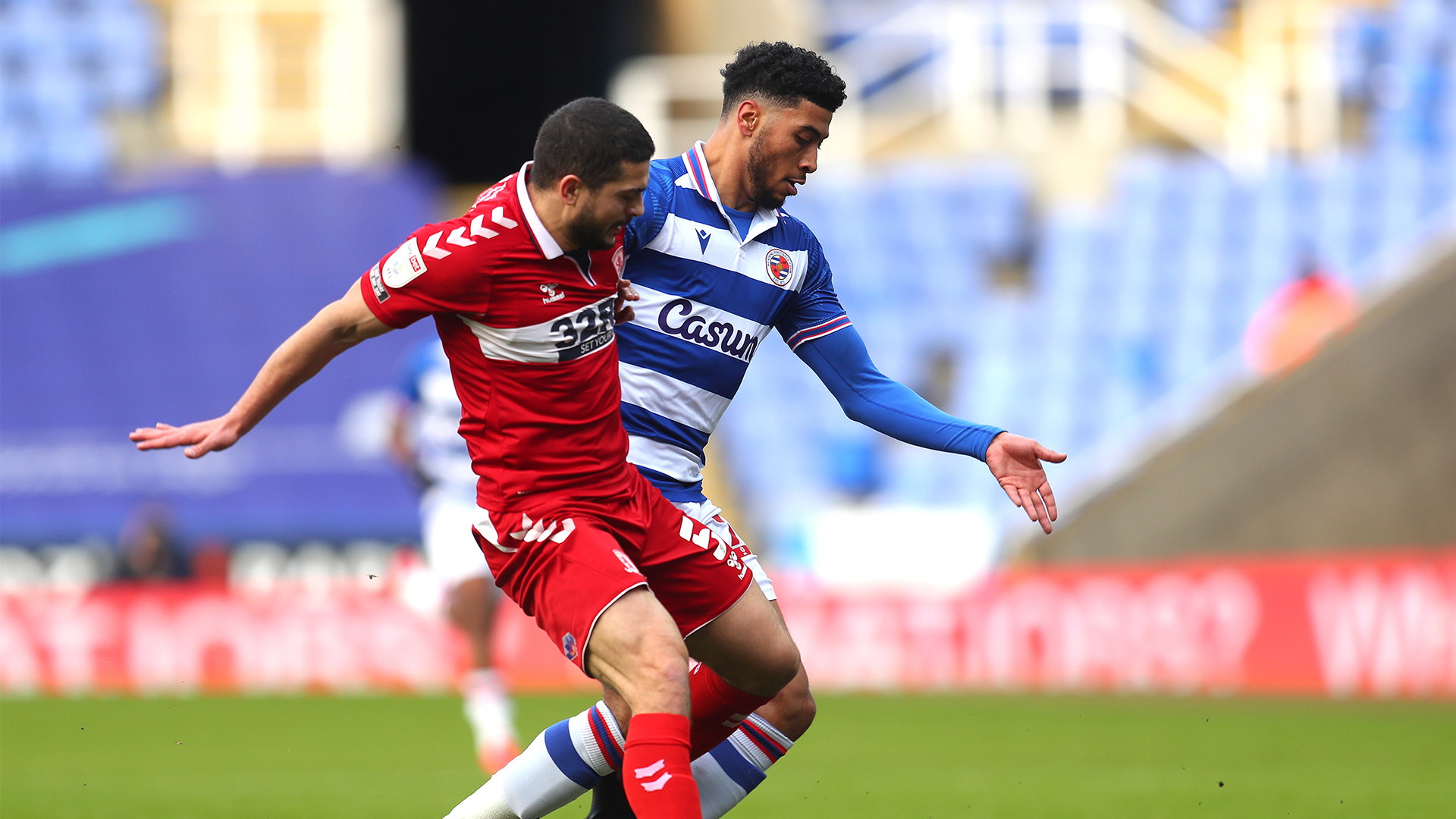