Following Brentford on Wednesday, the Royals will look to bounce back as they prepare for their second home game in just four days as Millwall make the trip from South East London to Madejski Stadium unbeaten in five.

Saturday’s visit from the Lions offers Veljko Paunović’s side an almost instant opportunity to put Wednesday's loss against the Bees behind them and continue to strenghten their grip on a place in the top six.

But Gary Rowett's men will be no pushovers and they come into the fixture in RG2 having suffered just one league defeat in seven.

Saturday afternoon’s meeting with the Lions is available for supporters to watch via iFollow.

Supporters can grab their match pass to watch proceedings unfold, by clicking here ahead of our 3pm kick-off.

Following a shaky start to the season, Gary Rowett’s side have found their footing and are beginning to climb the table. The Lions are now unbeaten in five league games, winning two and drawing three of those.

This run without defeat has seen them threaten to break into the top-half, with the South East London side currently sitting 13th, ten points shy of the play-offs.

Last time out, Saturday’s visitors recorded a heavy 4-1 victory over a struggling Sheffield Wednesday side, thanks to goals from Kenneth Zohore, Ben Thompson, Mahlon Romeo and Scott Malone.

During the January transfer window, Millwall have added to their squad with the permanent additions of midfielders Maikel Kieftenbeld and George Evans who arrived for undisclosed fees from Birmingham City and Derby County respectively.

One to watch: Jed Wallace

Former Portsmouth academy graduate Wallace arrived at The Den on a permanent basis in 2017 following two successful loan spells with the Lions, and has since made over 200 appearances for Saturday’s visitors.

The winger, who was actually born in Reading, has six league goals to his name this season and tops the charts for the Lions in that department.

Wallace, who also had a two-year stint on the books of Wolverhampton Wanderers in 2015, has this season found the net to help his side to wins over Preston North End, Wycombe and Rotherham.

The 26-year-old is no stranger to the Royals, and converted a superb free-kick beyond Rafael during our last meeting in South East London, during which the spoils were shared. One to try to keep quiet for sure.

The Royals have a strong record against Saturday’s visitors, and have lost just five of their last 20 meetings with the Lions, dating back to 2004.

Reading last recorded victory over Millwall in November 2019, as two superb first-half strikes from Jordan Obita and Sam Baldock secured a 2-1 win for the Royals at Madejski Stadium.

The last time the two sides met, it was honours even at The Den as Lucas Joao cancelled out a Jed Wallace free-kick to seal a point for the Royals.

Andy Woolmer will be the man in the middle spearheading proceedings on Saturday afternoon, for what will be his first Reading game of the season.

Woolmer last officiated a Royals match back in July 2020, during which we fell to a 2-1 home defeat against Middlesbrough, after Liam Moore’s opener was cancelled out by goals from Ashley Fletcher and Patrick Roberts.

Michael George and Lee Venamore will assist Woolmer at the weekend, while Lloyd Wood will be the fourth official on this occasion.

During Woolmer’s 20 league games to date, he has issued 62 yellow cards and one additional red card.

📯 Team news | Two changes at the back for Millwall test


Royals boss Veljko Paunovic has made two changes to his back line for the visit of Millwall this afternoon.

Reading were left to rue two late goals for the second time in the week as Millwall came from behind to claim victory at Madejski Stadium.

The first shot at goal came from a Millwall boot - a corner was headed clear to Williams who arrowed an effort at Rafael's goal but it whistled wide of the target.

Michael Morrison needed treatment for a cut to the face and while he was off the field, Cooper came close to scoring the opening goal - heading onto the crossbar from a cross from the left.

Ben Thompson tried an acrobatic overhead from the edge of the area which sailed well wide, then Laurent arced a floated cross into the box from the left but it was beyond Joao in the middle and drifted behind for a goal kick.

With a quarter of an hour gone, the Royals pressed three times for the opener...and got it. First Rinomhota burst onto a ball forward and seemed to get his toe to it before the Millwall player slid in to take him out - but nothing was given.

Moments later, Olise and Joao combined and the latter tried to squeeze his way past a couple of Millwall defenders. He couldn't get there ahead of Bialkowski, but the Lions keeper threw the ball out early. Two Millwall defenders left it for each other and Semedo stole in to hit the ball first time towards the open goal and Bialkowski couldn't scramble back and prevent it nestling in the back of the net.

Looking for a second, Lucas Joao ran at the Millwall defence and got his shot away from the edge of the box, but Bialkowski was well behind his low bobbling effort and gathered it into his body.

Half an hour played and a foul by Semedo handed the visitors an opportunity to float a cross into the Reading box and Cooper rose to head Malone's delivery wide.

But Joao swung his leg at a Semedo pass on the edge of the area at the other end and it deflected off a Millwall leg and span wide of the right post. Ejaria's corner was met by the head of Morrison who couldn't keep his header down and test Bialkowski.

Thompson tested Rafael with a scuffed volley that needed saving by the Royals keeper - the Millwall man preying on a knock down and threatening an equaliser before the break.

But instead Reading nearly had a second. A superb piece of skill from Olise took him inside and he threaded a wonderful ball in to Joao in on goal. The Royals striker looked to pass the ball home, but Bialkowski was equal to it pushing it wide with a fine stop to his right.

The resultant corner saw Bialkowski punch the ball clear, but only to Ejaria who drilled the ball back into a crowded box. Morrison tried to instinctively turn it goalwards but couldn't get enough on it and the danger fizzled out.

Millwall made a double change at the break, bringing on Jed Wallace and Mason Bennett. And Wallace took aim with a colley from 20 yards out -the ball flying harmlessly wide.

And the away team were starting to build a little bit of sustained pressure, a free kick from the right leading to a string of crosses and half an appeal for a push inside the box which was quickly dismissed.

A break away sparked by some tidy footwork from Ejaria earned Olise a sight at goal and the midfielder's drilled effort was saved low to Bialkowski's left.

Shaun Hutchinson was booked for tripping Joao just outside the box and Olise swept the set piece, on the edge of the D, over the wall and goalwards. The Millwall keeper leapt to his left and clawed it away only to see Rinomhota latch onto the look ball but hook wide.

Millwall were going aerial and the towering Matt Smith came off the bench to add more threat to the Millwall attack. With the game still in the balance, the Royals were being asked to defend their lead as the half wore on.

And with 14 minutes left on the clock, the visitors levelled. A cross from the right found the feet of Bradshaw who shot on the pivot. The ball ricocheted off Morrison and McIntyre and fell kindly for Smith who leathered the ball high pas Rafael from close range.

Reading so nearly regained the lead immediately - Olise scampering down the left and his low cross toed into the path of Ejaria by the outstretched leg of Woods. He placed a shot towards goal and it skimmed off the leg of Cooper and clattered into the crossbar.

Ejaria had a vociferous appeal for a penalty dismissed when he seemed to be brought down by Romeo when he brought down a Yiadom cross - then Yiadom forced a save from the Millwall keeper with a low driven effort that was straight at Bialkowski.

Rafael had to be alert to parry a Wallace volley at the other end though as both teams looked for a winner.

And the visitors got it. A deflected cross from the left was met by the head of Bennett who flicked the ball past Rafael to earn his side a late lead.

Gibson thundered a shot high and wide as the hosts desperately sought a way back into the game in the dying stages.

And in the first of four minute of injury time, Smith headed over his own crossbar in defending a set piece. A Richards cross from the left followed up and McIntyre beat the keeper to the aerial ball - but no-one was there to turn it home before the Lions defence could hack clear.

And despite a frantic finish, there was no way back for the Royals.

📯 Team news | Two changes at the back for Millwall test


Royals boss Veljko Paunovic has made two changes to his back line for the visit of Millwall this afternoon. 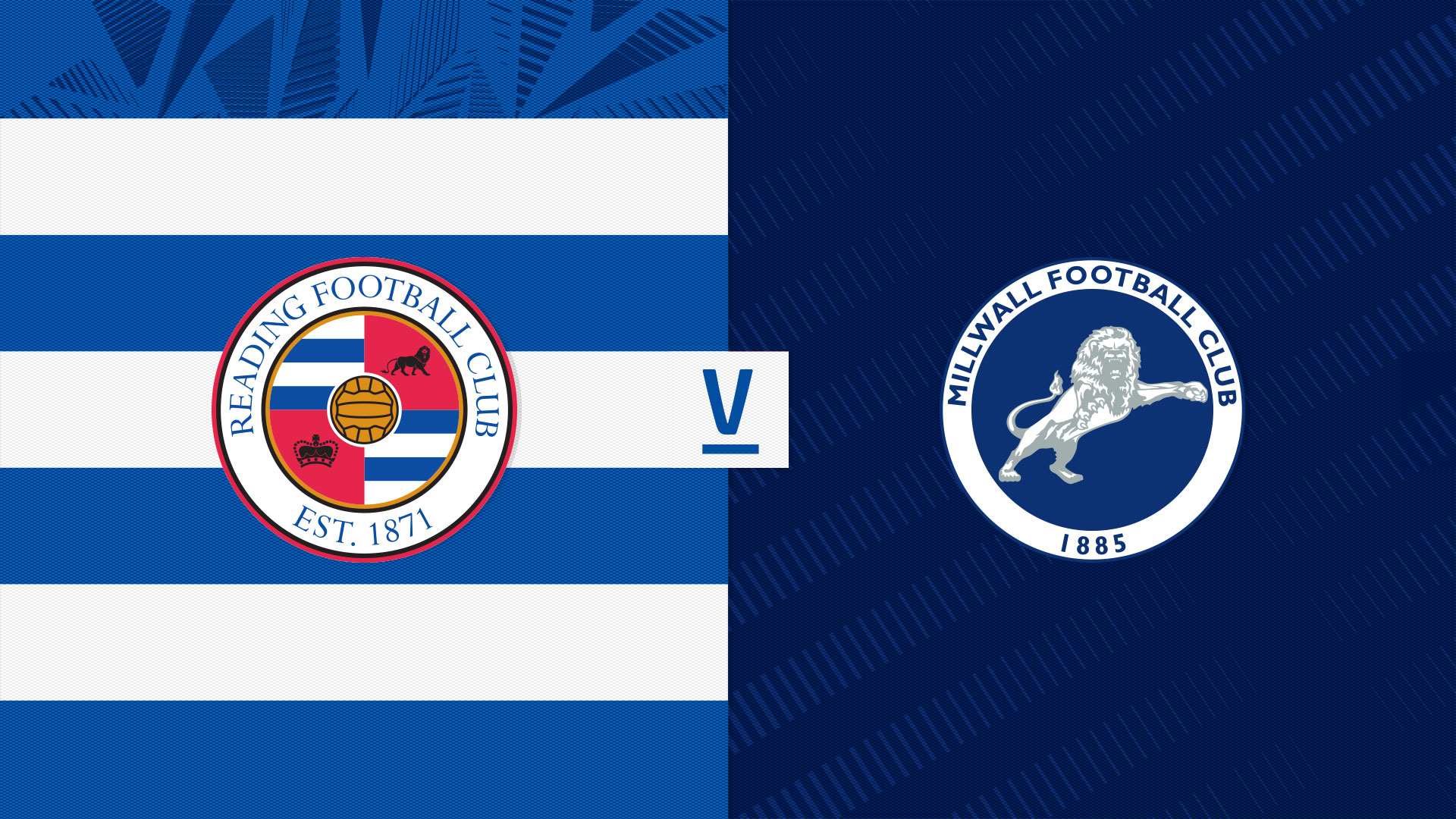 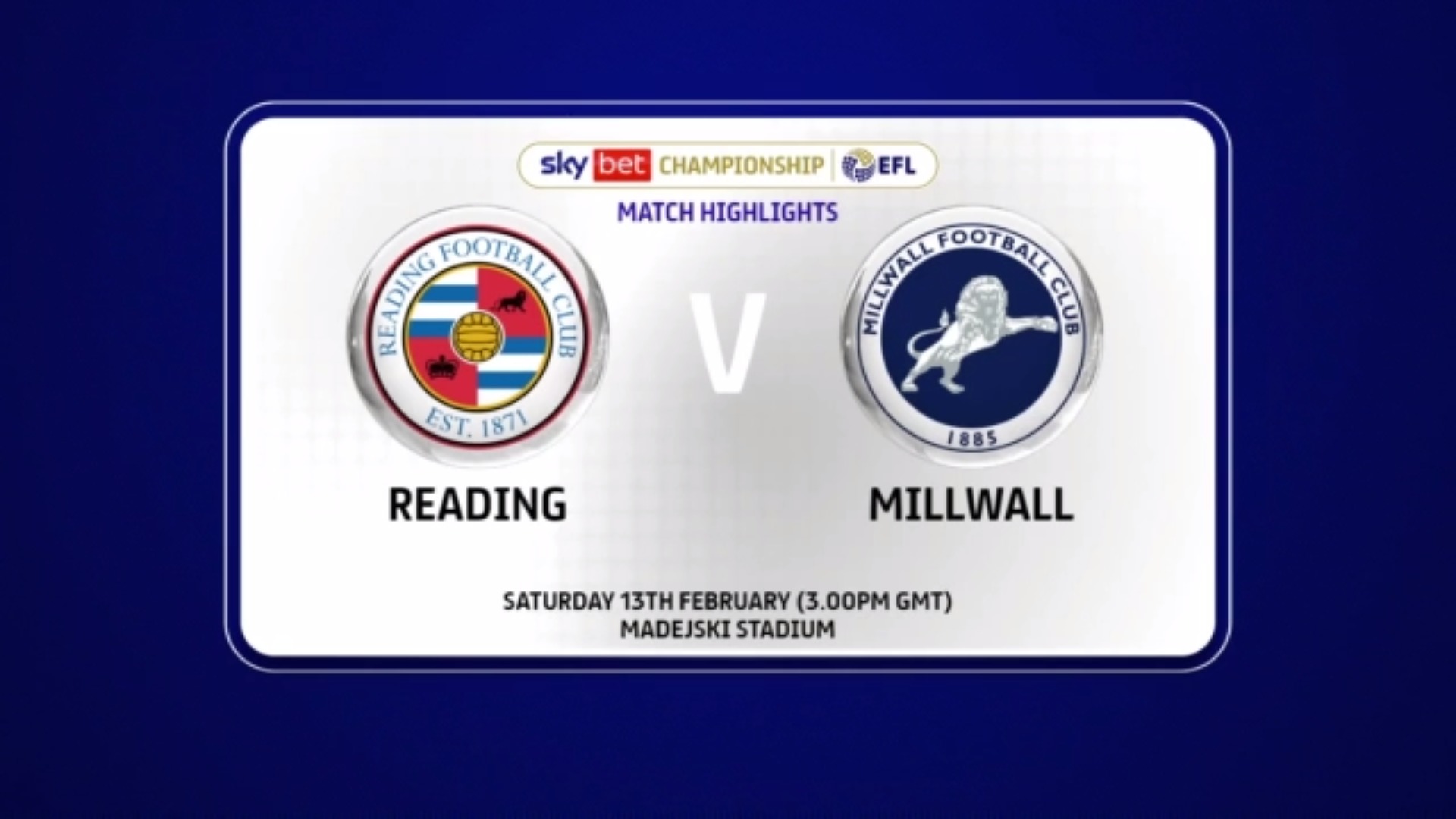 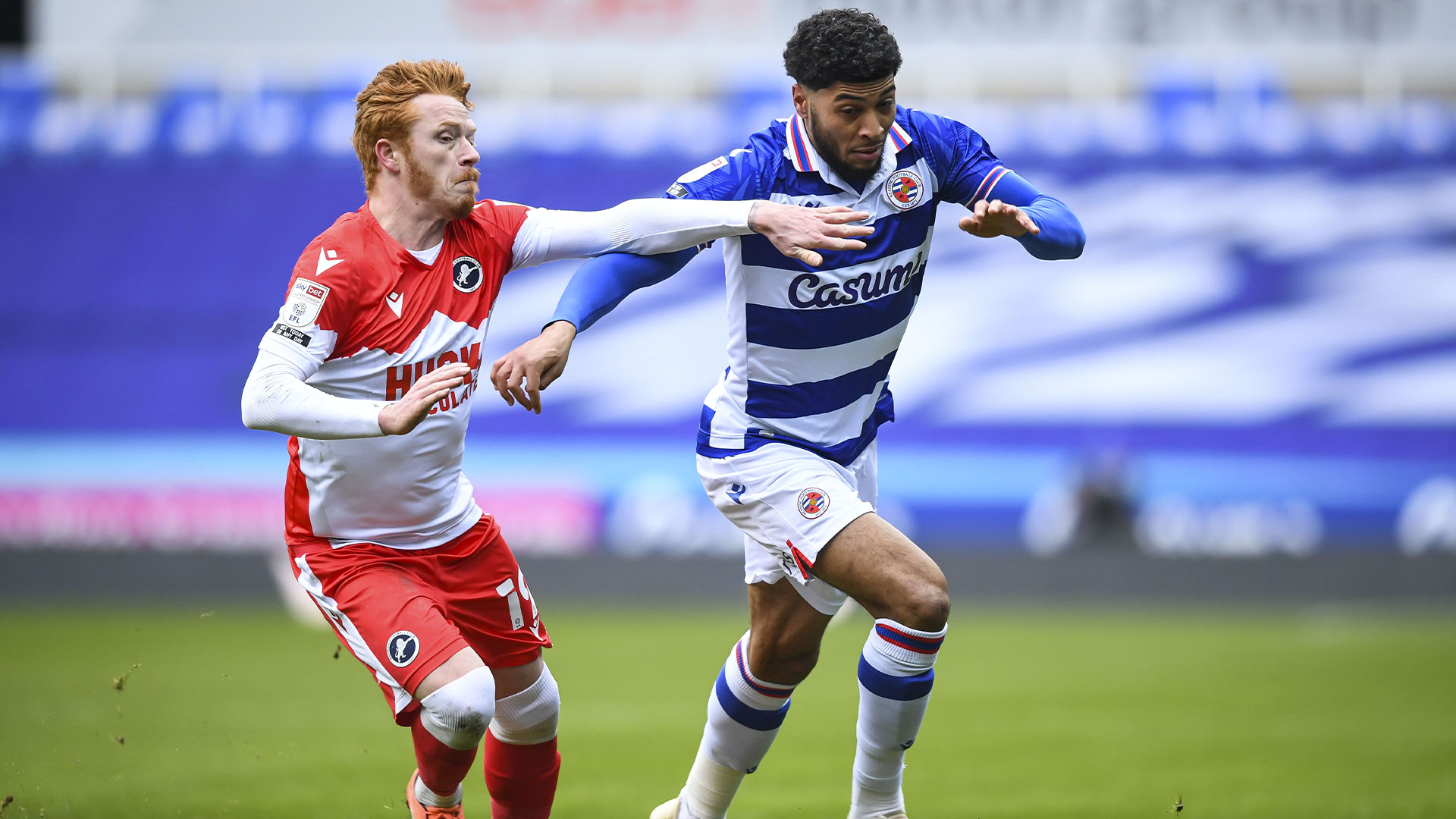