Still buoyant from a resounding victory over fellow promotion hopefuls AFC Bournemouth, the Royals travel to Staffordshire in high spirits as they prepare to face a Stoke City side who are yet to win in the new year.

However, the Potters, who sit 10th remain very much in the play-off hunt and will be eager to return to winning ways by completing the double over the Royals this season, having inflicted a 3-0 defeat on Veljko Paunović’s men earlier in the season.

A win on the road for the Royals will keep them firmly in the chase for a top two spot and would extend our unbeaten run to seven games after we avoided defeat in January for the first time in 14 years.

Saturday afternoon’s clash at the bet365 Stadium is available for supporters to watch via iFollow.

Supporters can grab their match pass to watch proceedings unfold, by clicking here ahead of kick-off in Staffordshire.

Michael O’Neill’s Potters have been circling the top six for the majority of what has been a successful first full season in Staffordshire for the former-Northern Ireland boss.

Despite a strong start to the season, Stoke have now failed to win since a 1-0 victory over Blackburn Rovers back in December, and this has seen them fall four points adrift of sixth as they begin the approach to the business end of the campaign.

Last time out, Saturday’s hosts earnt a point with a 1-1 draw away at Huddersfield Town, during which January signing Rhys Norrington-Davies was sent off, making him unavailable for the visit of the Royals.

The Staffordshire side moved to bolster their ranks during the January transfer window, as Norrington-Davies, Rabbi Matondo, Alfie Doughty and Jack Clarke arrived at the bet365 Stadium.

One to watch: Steven Fletcher

The Scottish international has proved a hit in the Potteries since his arrival on a free from Sheffield Wednesday, and has found the net six times this season, inclusive of goals in Stoke’s previous two outings.

Fletcher, who has over 150 career goals to his name, began his career with Hibernian in 2003, and has since gained a wealth of Premier League experience with Burnley, Wolverhampton Wanderers and Sunderland.

The 33-year-old striker, who has represented his country on 33 occasions, doubled the Potters lead in the reverse fixture against the Royals back in November on an afternoon to forget at the Madejski.

Saturday’s fixture offers the Royals chance to bring an end to a poor record against the Potters.

Reading have not beaten Stoke since April 2006, when goals from Kevin Doyle, Steve Sidwell and John Halls saw the Royals break the 100-point barrier, all but securing promotion to the Premier League.

The last time the two sides met in Stoke, the side’s drew a stalemate in December 2019. The Royals last won away against the Potters, when a Dave Kitson penalty saw the points return to Berkshire.

Of the 53 meetings between the sides, the Royals have won 17 and drawn 17 of those.

Tim Robinson will be the man in the middle in Staffordshire, for what will be his second Reading game of the season.

Robinson last officiated a Royals match back in September 2020, during which goals from Yakou Méïté and Michael Olise saw Reading record a 2-0 win over Barnsley.

Andrew Fox and Richard Wild will assist Robinson in Stoke, while Paul Marsden will be the fourth official on this occasion.

During Robinson’s 21 league games to date, he has issued 69 yellow cards and an additional five red cards.

A polite reminder to our supporters that no unauthorised access will be permitted to this game, so supporters must not travel to the bet365 Stadium.


Lots of labour, and a point to show for it as the Royals battled hard in the Potteries.


Unsurprisingly, the eleven men who started our 3-1 home win over Bournemouth last Friday night have all retained their places for a trip to Stoke City this afternoon.

Reading battled to a point in the Potteries to extend their unbeaten run in the league to seven.

The hosts began brightly, Collins wriggling away from Richards down the right and pulling the ball back into a dangerous area only for the Royals to clear the danger.

At the other end, Angus Gunn needed to punch clear a dangerous inswinging Swift set piece and then did the same from an Olise corner that followed.

Richards had to be alert to head the ball behind for a corner as a Stoke break ended with a cross from the left that nearly picked out Clarke at the far post.

Appeals for a penalty were dismissed when McClean burst into the area to latch onto a Fletcher throughball and he took a tumble under pressure from McIntyre - but with no contact the Stoke midfielder was booked for simulation.

Stoke were looking the more likely to break the deadlock though and had the ball in the back of the net on the half hour mark - Clarke's cross from the right was directed back into the middle by McClean on the left and Fletcher acrobatically hooked the ball home...only to see the offside flag raised against him.

Twice the Potters came close from corners from the right. The first was glanced on at the near post and Laurent did enough to get in front of Batth and direct the ball over the crossbar from close range.

The second was delivered into the same area and Fletcher got his head to this one before clattering into Rafael - but his header flew harmlessly high over the bar.

Next, Mikel cut inside Swift on the right and pulled the ball back for McClean who arrowed a low shot straight at Rafael to the Royals' relief. Reading were a little fortunate to go in level at the break.

In driving rain, the second half began in a similar vein - Stoke threatening in the opening throes. Holmes did find Olise in some space down the right but his low cross deflected off Batth and into Gunn's arms without further ado.

Holmes had to glance the ball behind as a free kick from deep floated towards the head of Batth at the back post, but the resultant corner was well defended.

The rain turned to snow but the pattern of play remained the same - Collins escaping his marker to collect a pass on the underlap and dart into the box. He looked to square it for McClean but Holmes reacted fast to intercept and clear the danger.

In an attempt to change things, Paunovic brought on Meite for Swift on the hour mark and his very first touch saw him win a header in the area - the ball flew high and wide but Fox needed treatment after clashing heads with the the Royals forward.

With 20 minutes to go, Joao found Meite in some space on the right. Yakou checked his run and swepts a floated left-footed cross into the middle where the ball was headed off the forehead of Joao looking to direct an effort on goal.

Morrison nodded down an outswinging Olise corner but McIntyre couldn't get onto the loose ball to direct it through a crowded box and the referee whistled for a City free kick.

Reading were starting to find some fluency and Fox needed to head clear a Richards cross that was looking to pick out Meite with a quarter of an hour remaining.

Ejaria took aim from the edge of the area and forced Gunn into a smart save - the City keeper's handling good in difficult conditions at the Bet365 Stadium.

Into the final ten minutes and Ejaria weaved his way into the box and teed up Meite for a shot, but his left-footed drive was deflected wide of the mark and behind for a corner. Olise's delivery was met by Meite whose header cannoned into a Stoke body before the referee whistled for another foul in the build up.

Stoke substitute Brown was booked for a very high foot on Morrison, before Aluko and Vokes were introduced late on.

In the last of the 90 minutes, Rafael produced a very good save to push away a downward Brown header - the substitute having connected well with a McClean cross and nodded it down towards the bottom left corner.

In the last of four minutes of injury time, Meite so nearly nicked a winner. Aluko won a corner and delivered it from the right, it was nodded down and fell to the feet of Meite whos forst effort was blocked. It came back to the Royals replacement who drilled low and just wide of the right post with the final kick of the game.

A point on the road. And the Royals remain unbeaten in seven.


Lots of labour, and a point to show for it as the Royals battled hard in the Potteries.


Unsurprisingly, the eleven men who started our 3-1 home win over Bournemouth last Friday night have all retained their places for a trip to Stoke City this afternoon. 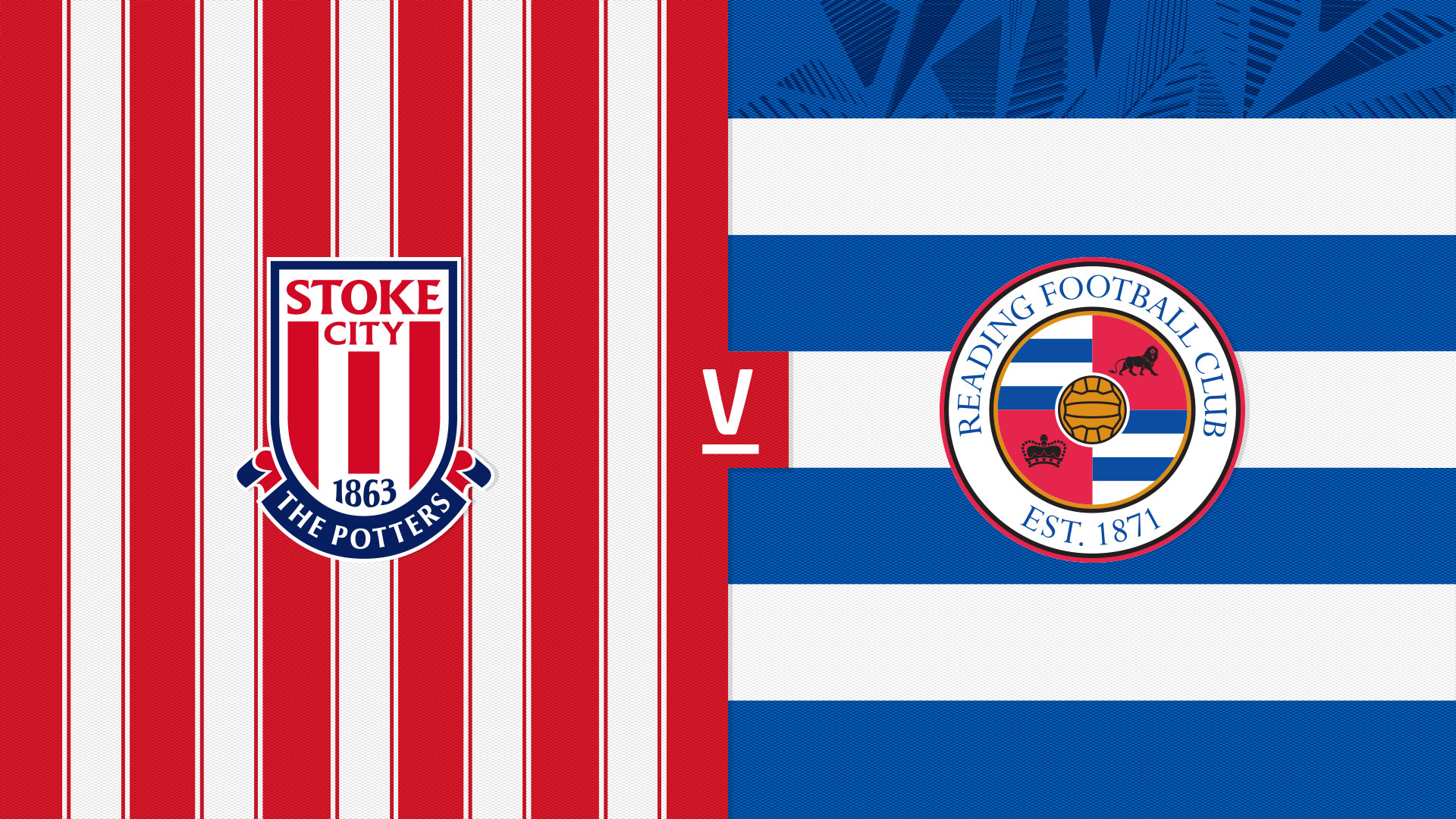 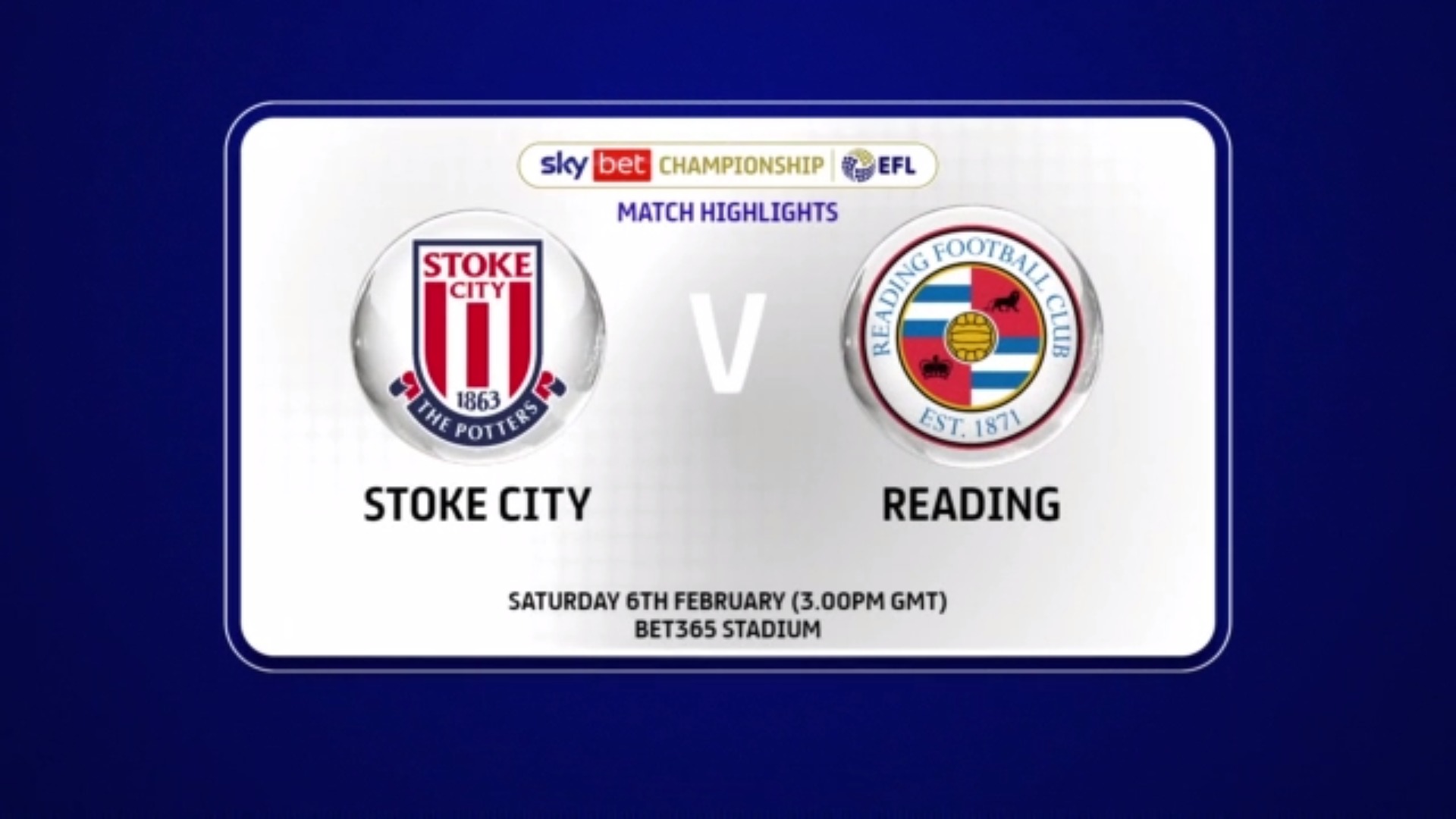 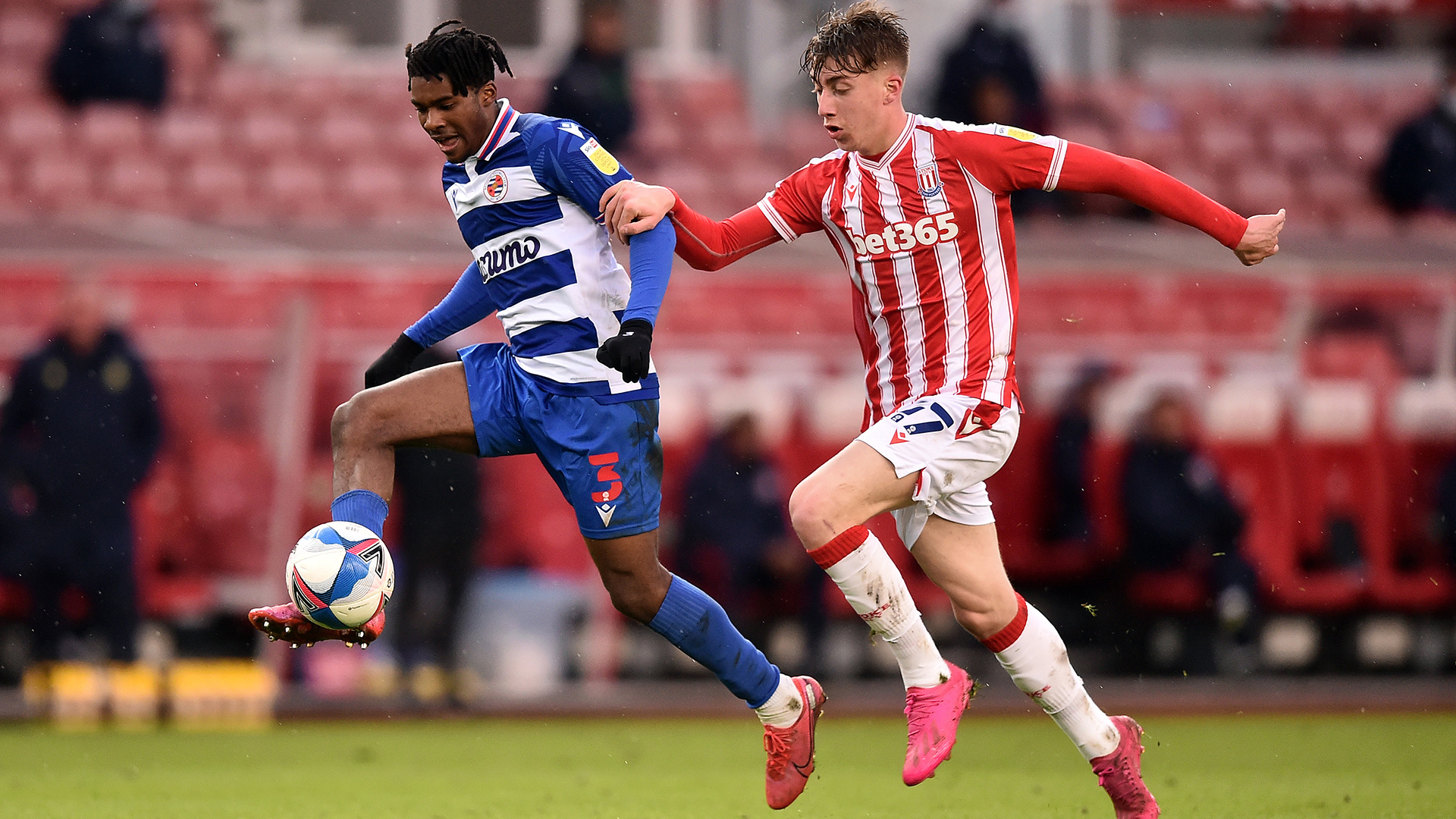