Fresh off the back of a comprehensive victory over Coventry City, the Royals go in search of more payback against the teams that beat them earlier in the season, and our next chance to do so comes with a trip to take on Preston North End.

Reading will travel to Lancashire on Sunday in high spirits, having strengthened their grip on a play-off spot following a midweek win over the Sky Blues. Goals from Lucas João, John Swift and Andy Rinomhota were enough to send Mark Robins’ side home empty handed.

That said, Preston who themselves won during the week, will provide tough opposition, having put three past the Royals at the Madejski back in November. Three points for Veljko Paunović’s side would see us record a third successive league victory, stretching our unbeaten run in the Championship to five matches.

Sunday’s trip to Deepdale has been selected for live Sky Sports Coverage, and the televised fixture will kick-off at 12:30pm, after it was pushed back almost 24 hours earlier this month.

This broadcast selection means that our meeting with Alex Neil's men in Lancashire, will not be available for supporters to watch via iFollow.

Preston endured a tough start to the season, but their form has picked up of late. They have now won three of their last five matches, a return that saw them move into the top ten, and within seven points of the play-off spots as of Wednesday night.

Last time out, the Lilywhites had Scott Sinclair to thank for their success on the road, as they recorded a narrow 1-0 win over a struggling Birmingham City side at St Andrews.

Neil has moved quickly to bolster his squad in the January transfer window, and the Lilywhites have already added Ben Whiteman, Ched Evans, Daniel Iversen and Jayson Molumby to their ranks.

One to watch: Scott Sinclair

The former-Celtic winger arrived at Deepdale in January 2020 and has been a key cog in Alex Neil’s side ever since. With eight goals to his name this season, including a midweek winner against Birmingham City, Sinclair is having a successful second season at Preston.

The 31-year-old, who has represented England at U21 level, found the net against the Royals back in November, and his goals have inspired the Lilywhites to wins over Brentford, QPR, Middlesbrough and Bournemouth.

Sinclair, who began his career with Bristol Rovers, has a wealth of experience not only in the Championship, but the Premier League too, making him one for Reading to be aware of.

Sunday’s fixture presents the Royals with another opportunity to set the record straight, just like they did against Coventry City, as Preston scored three second-half goals to inflict a 3-0 defeat on Pauno’s men when they met in early November.

Prior to the defeat at the tail end of 2020, Reading had won their last five meetings with Preston, and have won 25 and drawn 12 of a total 62 meetings between the two teams.

Our last win over Preston came at Deepdale in December 2019, as Swift and João struck to seal a 2-0 win for Reading.

Geoff Eltringham will be the man in the middle at Deepdale, for what will be his second Reading game of the season.

Eltringham officiated our 2-1 home defeat to Norwich City in December, during which Jayden Onen was the only player to be carded.

Matthew McGrath and Richard Wild will assist Eltringham in Preston, while Darren Bond will be the fourth official on this occasion.

During Eltringham’s 15 league games to date, he has issued 48 yellow cards and an additional four red cards.

A polite reminder to our supporters that no unauthorised access will be permitted to this game, so supporters must not travel to Deepdale.


It was a so-so sort of a draw at Preston - a performance that maybe merited more, but keeps that tally ticking over as we keep the pressure on the top teams.


Sone Aluko comes into the starting XI for Reading's trip to Preston North End; the only change to the squad from a midweek win over Coventry City, as Michael Olise - who came off against the Sky Blues...


Our Sky Bet Championship fixture away at Preston North End has been moved to a 12.30pm kick-off on Sunday 24th January, having been selected for live Sky Sports coverage.

The Royals earned a point from a trip to Preston but a missed penalty denied us all three at Deepdale.

Scott Sinclair tested Rafael's handling within the opening minute, taking aim from 25 yards out but the Royals stopper down well to push it round his left post.

North End were enjoying the early pressure and Richards did well to hack an uncleared cross away from danger at the second attempt.

Just after the quarter hour mark, Holmes fed Aluko inside the Preston box and he nearly bundled his way through a challenge to earn a shooting opportunity, a North End leg getting enough on it to halt Sone in his tracks.

Swift forced Daniel Iversen into a neat save low to hi right with a set piece that was swept goalwards from more than 25 yards out.

At the other end though, Potts came close when he collected a cut back on the corner of the six yard box, palmed off Morrison to turn and shoot over the crossbar.

Reading threatened from a couple of deliveries from the right, McIntyre getting his head to a deep cross from Swift that was hoofed clear before a Reading body could look to turn it goalwards.

Swift rippled the side netting with a free kick that beat Iversen but whistled just the wrong side of the left upright and an unintentional Alan Browne handball inside the box went unnoticed as Reading began to build some pressure.

Potts lashed harmlessly over the bar after Laurent scuffed a cleared corner to the forward. But Laurent was asking questions of Iversen as we approached half-time, collecting the ball from Joao's lay-off and placing a shot towards the bottom right corner only for the North End stopper to push it wide.

The home side very nearly broke the deadlock moments later though - a low cross coming in from the left, Richards brilliantly blocking the inital shot and then a combination of Rafael's save and McIntyre's hurried clearance denying Riis the opener from close range.

On the stroke of half-time, and Ejaria cross from the left flashed across the Preston goalmouth but no-one could get a touch. Goalless at the break.

With six minutes of the second half played, Iversen made a very good save at his near post to turn an Ejaria drive around his post - Joao had controlled a long ball and driven towards the edge of the box before slotting in Ejaria who was unlucky not to break the deadlock.

From the resultant corner, McIntyre flicked the delivery goalwards but it spiralled over the bar and onto the roof of the net.

Then Aluko was denied by Iversen, turning on the edge of the area and arrowing an effort at goal that the Preston stopper did very well to fingertip over his bar.

The Royals had come out of the traps the faster at the start of the second period, but Rafael had to make sure a sliced cross didn't drop under the crossbar, cautiously pushing it behind for a corner.

Holmes won a corner as he looked to run onto a deflected cut back one-two and the short corner was beautifully delivered by Aluko. It floated just beyond Joao and McIntyre turned it goalwards only for Iversen to claw it off his line and the linesman to signal offside against the centre-half.

A Swift corner was headed clear with Joao closing in, but the time was ticking away and one goal looked like it would decide it.

With nine minutes remaining, Reading were given a golden chance to get that goal. Swift's curling cross looked to find Joao bearing down on it at the back post but he was being wrestled over and the referee, after a long pause, pointed to the spot. Joao stepped up and dragged his effort wide of the bottom left corner though.

Reading toiled for another opportunity and Ejaria cit in down the left on the counter attack but couldn't make anything of the chance before being dispossessed.

And the home side hung on for a point.


It was a so-so sort of a draw at Preston - a performance that maybe merited more, but keeps that tally ticking over as we keep the pressure on the top teams.


Sone Aluko comes into the starting XI for Reading's trip to Preston North End; the only change to the squad from a midweek win over Coventry City, as Michael Olise - who came off against the Sky Blues...


Our Sky Bet Championship fixture away at Preston North End has been moved to a 12.30pm kick-off on Sunday 24th January, having been selected for live Sky Sports coverage. 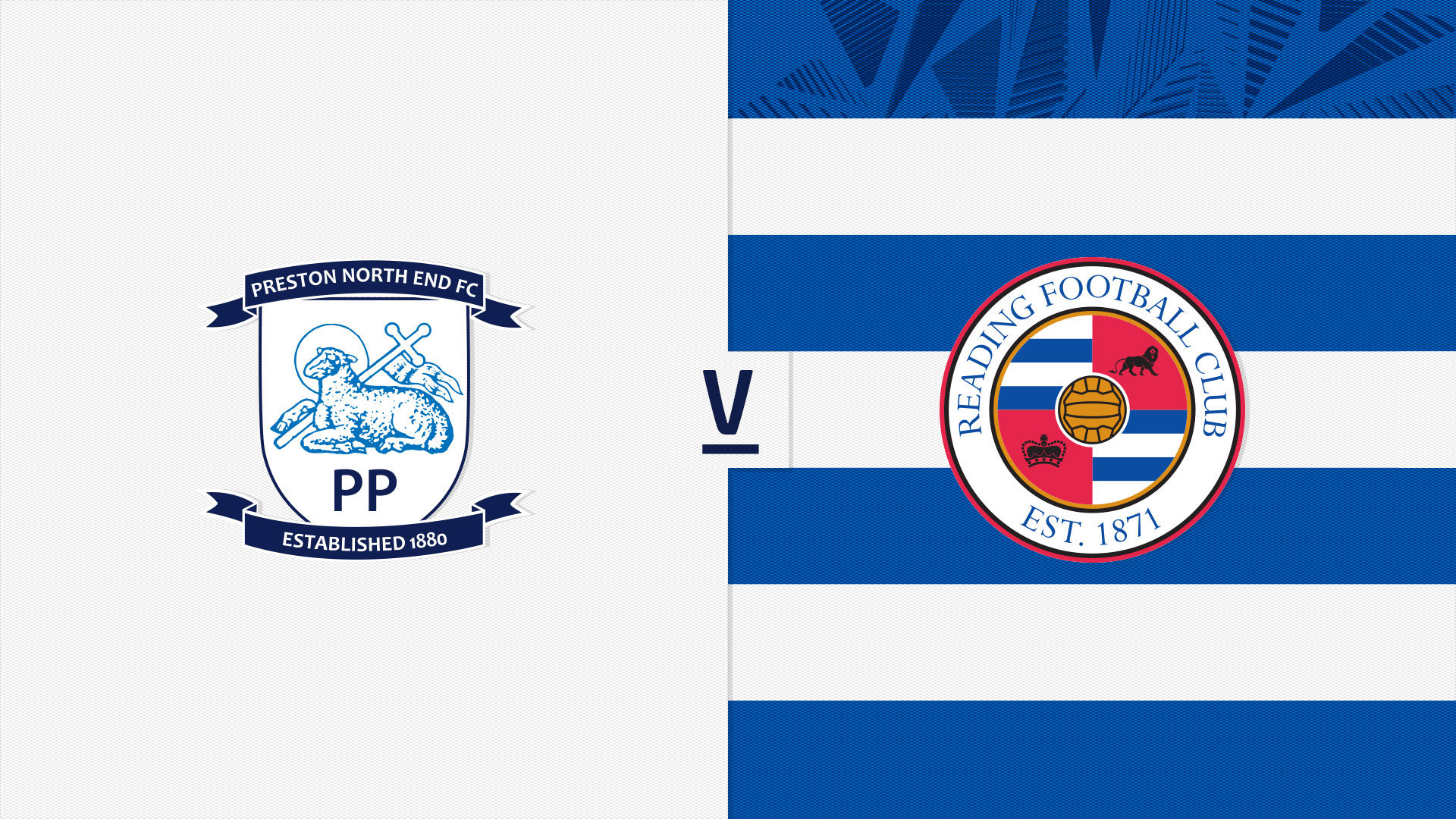 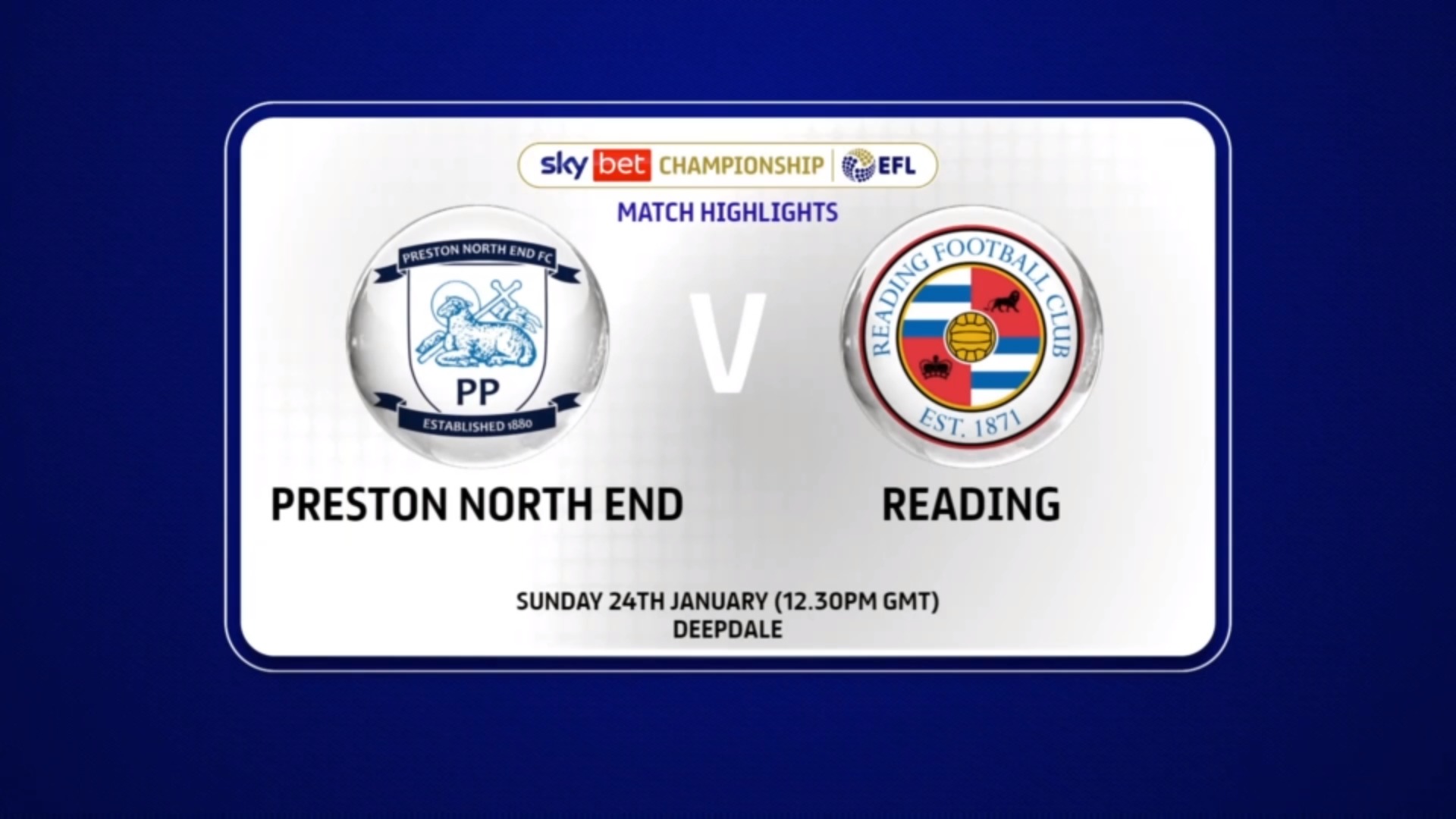 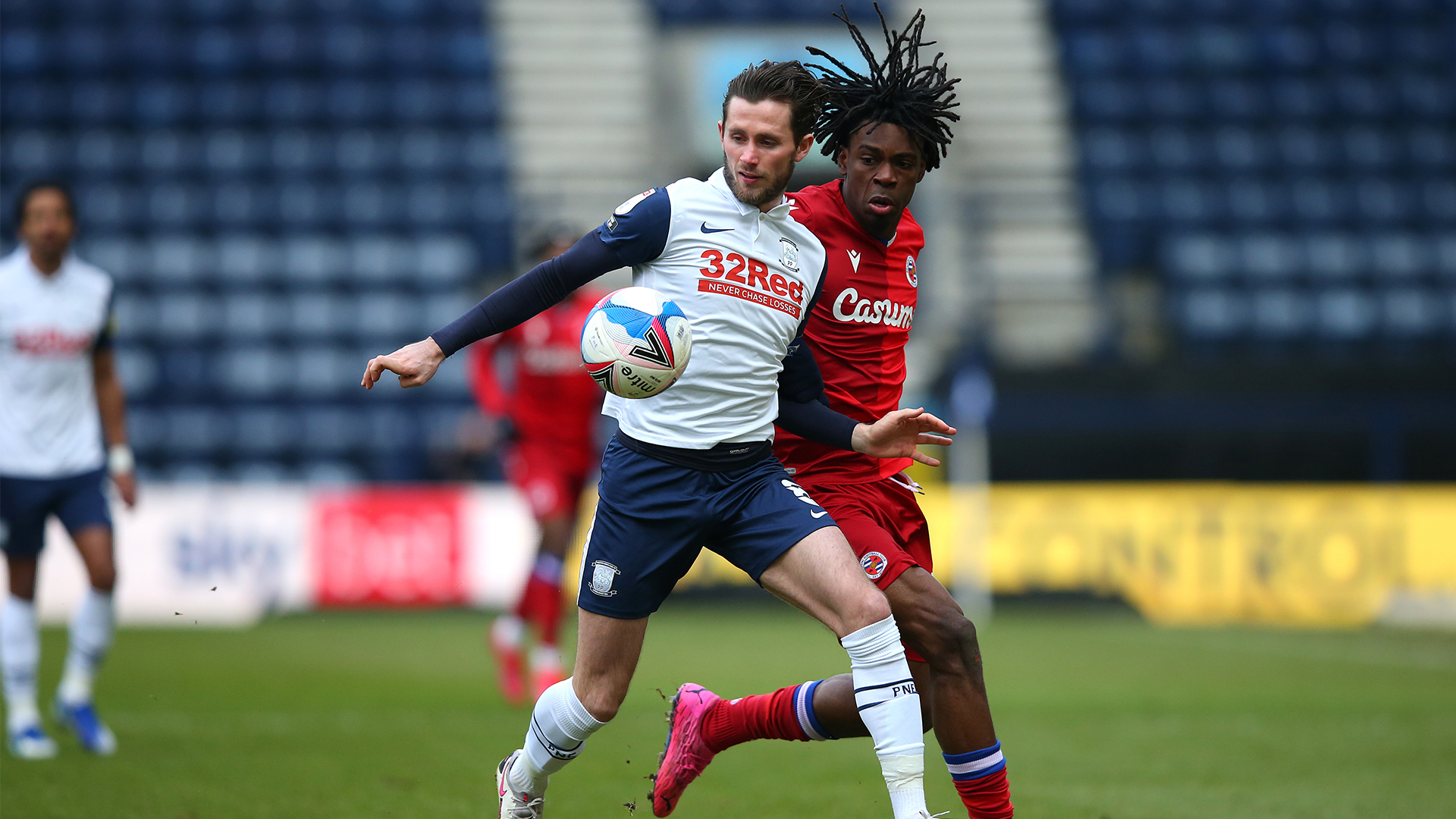