For the final time for the 2020/21 season, the Royals turn out on home soil in RG2, looking to end a demanding campaign on a high, with victory over Saturday's visitors, Huddersfield Town.

Carlos Corberan's Terriers travel to the Madejski with little to play for on the final day, but like the Royals they'll be eager to take a final three points with them into the summer break.

Victory over Town for Reading would help in securing a seventh-placed finish for Veljko Paunovic's men who would in turn reach the 72-point mark.

Saturday's season finale against the The Terriers is available for supporters to watch via iFollow.

Royals supporters can grab their Match Pass to watch proceedings unfold, by clicking here ahead of our 12.30pm kick-off.

A former-assistant to Leeds boss Marcelo Bielsa, Corberan has been at the John Smith Stadium almost a year now, having arrived prior to the season beginning in July. The spaniard has steered the Terriers narrowly clear of relegation, with them sitting 20th, seven points above the drop with one to play.

The 38-year-old Head Coach had only previously managed as a number one in Cyprus, and he's had a relatively tricky first season as a boss in England. Corberan had won the Championship alongside Bielsa at Elland Road last season, but opted to remain in the division across Yorkshire with Huddersfield.

The Terriers have just one win from their previous nine outings, and last time out were held to a 1-1 draw at home to Coventry City, who have now also secured their survival.

Huddersfield's last win came in mid-April as they edged past Nottingham Forest with a 2-0 win at the City Ground courtesy of goals from Aaron Rowe and Juninho Bacuna, brother of former Royal, Leandro.

One to watch: Lewis O'Brien

Possibly Town's best home-grown talent of recent times, O'Brien has established himself as a key figure within Corberan's side, playing his part in 41 games this season for his hometown club.

The Colchester-born 22-year-old has been with the Terriers since joining their Academy at under-11 level, since then he has risen to represent their first team on over 80 occasions, being crowned Academy Player of the Year, and more recently their Player of the Year in the process.

Prior to breaking through to the first eleven, O'Brien enjoyed a loan spell away from the John Smith's Stadium with fellow Yorkshire outfit Bradford City, where during the 2018-19 season he made 40 appearances and scored four goals in League One with the Bantams.

This season, the left-footed midfielder who is capable to play both in the middle and out wide, has found the net on three occasions, notching against Brentford, Swansea City and Millwall.

The Royals are unbeaten in their last three meetings with Huddersfield, dating back to May 2017.

Since then we've been twice victorious in West Yorkshire, and earnt a point at home back in July 2020. Our last meeting with Town was an enjoyable one for Lucas Joao, who with the Royals 1-0 down after 52 minutes, produced an inspired display to score two well-taken goals in the space of 13 minutes. As a result, firing us to three points in the reverse fixture.

There have been a total of 54 meetings between the teams, which goes back to our first clash back in October 1975. Reading have won almost half of these, with 26 victories and 12 draws.

Jarred Gillett will be the man taking charge of his first Reading game of the season, on our final matchday of the campaign.

Gillett last took charge of a Royals fixture back in February 2020, when he was the man in the middle for a 1-0 defeat to Leeds United at Elland Road.

Paul Hodskinson and Philip Dermott will be Gillett's assistants in Berkshire, while Gavin Ward will act as the fourth official on this occasion.

During his 30 league games to date, Gillett has brandished 95 yellow cards and two additional red cards.

It is vitally important that fans stay at home in order to stay safe and do not congregate at stadiums. With aspirations of a full return of fans from the start of next season, any disruption or crowd issues will not be helpful to that objective.

The pandemic isn’t over – we must all continue to do our bit to adhere to Government guidance and ensure the transmission rate remains low.

The EFL and its Clubs have stringent protocols in place and are committed to doing our bit to keep the nation safe as we seek a full return of fans.

Remember, as Royals fans you can still follow the conclusion of our campaign this weekend from the safety of your home - all the action against Huddersfield Town on Saturday will unfold live on iFollow.


The EFL have today confirmed the dates and times of the final fixtures of the season across its three divisions – including a coordinated kick-off for the last of the 46 league games in each division...

Reading came from behind to lead for the majority of this afternoon's encounter with Huddersfield Town but an injury time equaliser denied the Royals the victory they sought on the final day of the season.

The first chance fell to the Terriers, but Duane Holmes effort from range was wayward. Josh Koroma managed to scuff an effort on target soon after but it didn't carry the venom to trouble Southwood five minutes in.

A nice move from the Royals saw Richards feed Meite moments later, but the Royals striker couldn't find a yard he needed to get a meaninfgful shot away.

The Royals came close to opening the scoring with ten minutes played - Swift receiving the ball on the edge of the box and striking a low effort across his body looking for the bottom left corner. But Schofield was down well to claw it out away from the bottom right corner.

The visitors though had the lead after a quarter of an hour. High nearly broke the deadlock when he smashed a right-footed effort past the dive of Southwood and against the right post. But Semedo conceded a free kick on the edge of the box as Reading tried to recover the situation and Koroma lashed a well-struck set piece wide of the wall and beyond Southwood into the top right corner for 1-0.

Reading were level soon after though. Laurent recycled a deep free kick into the Town box and the ball fell for Meite to scuttle onto. As he got there, his legs were taken and the forward tumbled inside the Terriers' box - the referee pointed to the spot immediately and Olise was emphatic in sweeping home the spotkick, sending Schofield the wrong way.

Esteves jinked his way into the area from the right and arrowed a shot over, then Swift and Olise so nearly combined to open up an opportunity for the latter - Swift's clever ball was just too strong for his teammate to control.

Swift himself got a shot in, but it was straight at Schofield - and the Huddersfield keeper had to make an instinctive stop to prevent Meite earning the home side the lead, following a good cut back from Esteves that fell kindly for the Royals striker six yards out.

But Meite wasn't denied from the resultant corner. Taken short on the right, Olise delivered a first time cross deep to the back post. Meite met it and did brilliantly to loop his header over the helpless Schofield, who could only watch it drop under the crossbar and inside the right upright.

Both teams looked for more opportunity in front of goal, but after an open start to the game, neither keeper had much to do before Olise arrowed a sweet low strike that needed good hands from Schofield on his goalline.

And after three minutes of injury time difted by, the Royals went in 2-1 up at the break.

Olise and Meite combined well early in the second period, but Yakou couldn't get the better of Naby Sarr as he latched onto a throughball that took him towards goal with only the last defender to beat. Meite was causing the visitors problems and he nearly got on the end of a Laurent throughball soon after.

After some more excellent build-up play and a Swift shot that was charged down, Richards forced the Town keeper into a save - but a deflection on his shot made it a comfortable one for Schofield in the end.

At the other end, an early cross from substitute Sorba Thomas had to defended well as it fizzed into the six yard box looking for the run of Ward.

Two Reading substitutes nearly combined, Joao rolling his man and nearly picking out Dejan Tetek in a good position on the edge of the area. But the pass skipped off the surface and away from the young Serb.

Olise tried his luck from 25 yards out but his effort flew over the crossbar as we entered the final 20 minutes of the season. And Joao nearly made it 3-1 when he flicked on an Olise corner only for the ball to fly just wide of the left upright.

The Terriers tried to level things with a counter attack that saw Richards step in to deny Phillips a shot at goal, then Yiadom blocked a follow-up shot from Eiting that looked to threaten the Royals lead.

Phillips then arced an effort inches wide of the top right corner after Hudderfield had stolen possession from Laurent in the final third.

With four minutes remaining, Koroma angled a speculative first time volley wide of the target, watching the ball drop over his shoulder and stabbing the ball over from a very difficult position. Yiadom had to head clear a dangerous Bacuna cross as the Terriers ended the game strongly and in search of an equaliser.

And in injury time, it came. A clever flick out on the right sent Edmonds-Green through into the box. He shot low and it squirmed under Southwood for 2-2 - a leveller with virtually the last kick of the game.

It was not the win we wanted to go out with, but a point took the Royals to a total of 70 for the season and a final placing of seventh.


The EFL have today confirmed the dates and times of the final fixtures of the season across its three divisions – including a coordinated kick-off for the last of the 46 league games in each division... 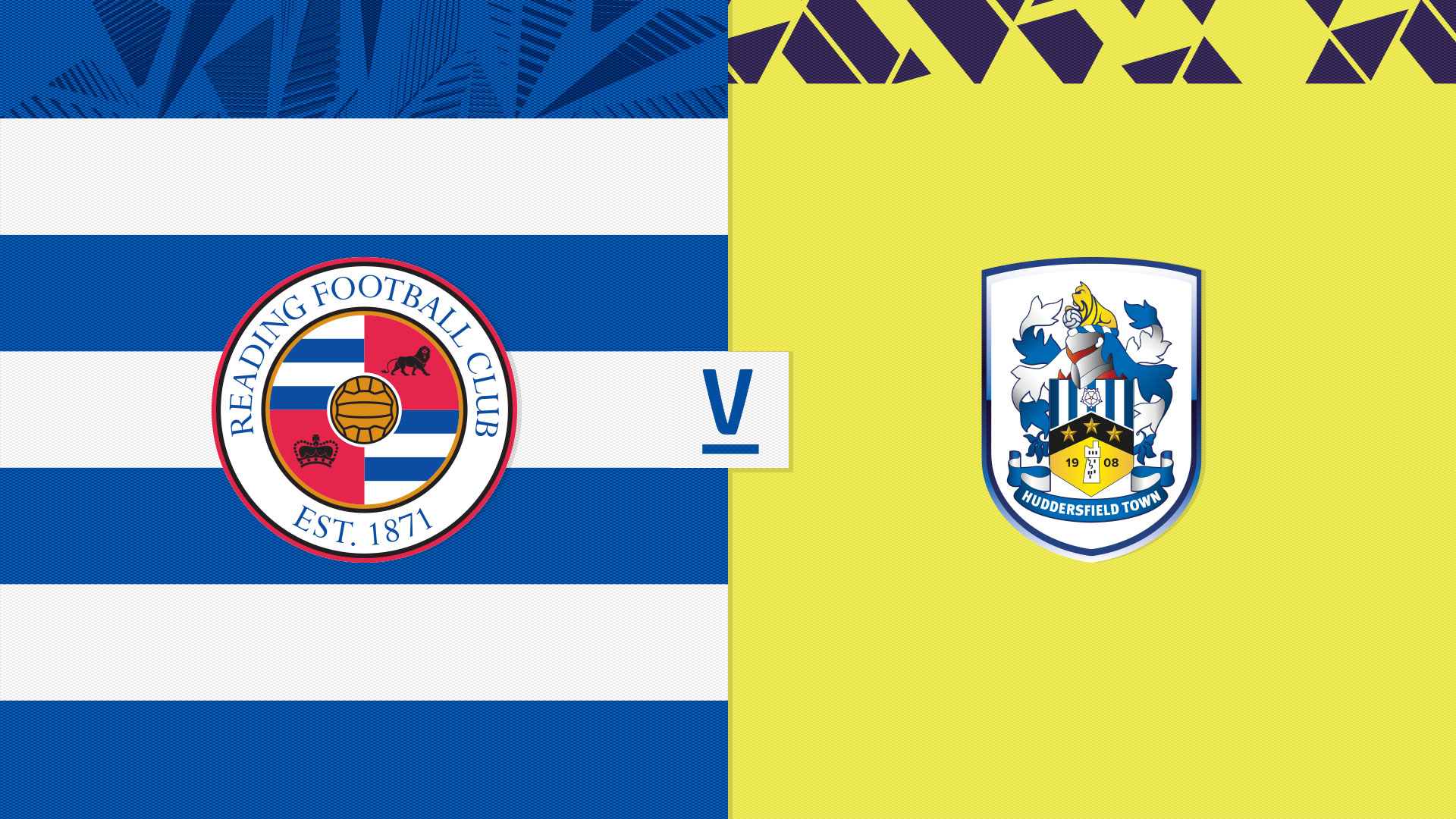 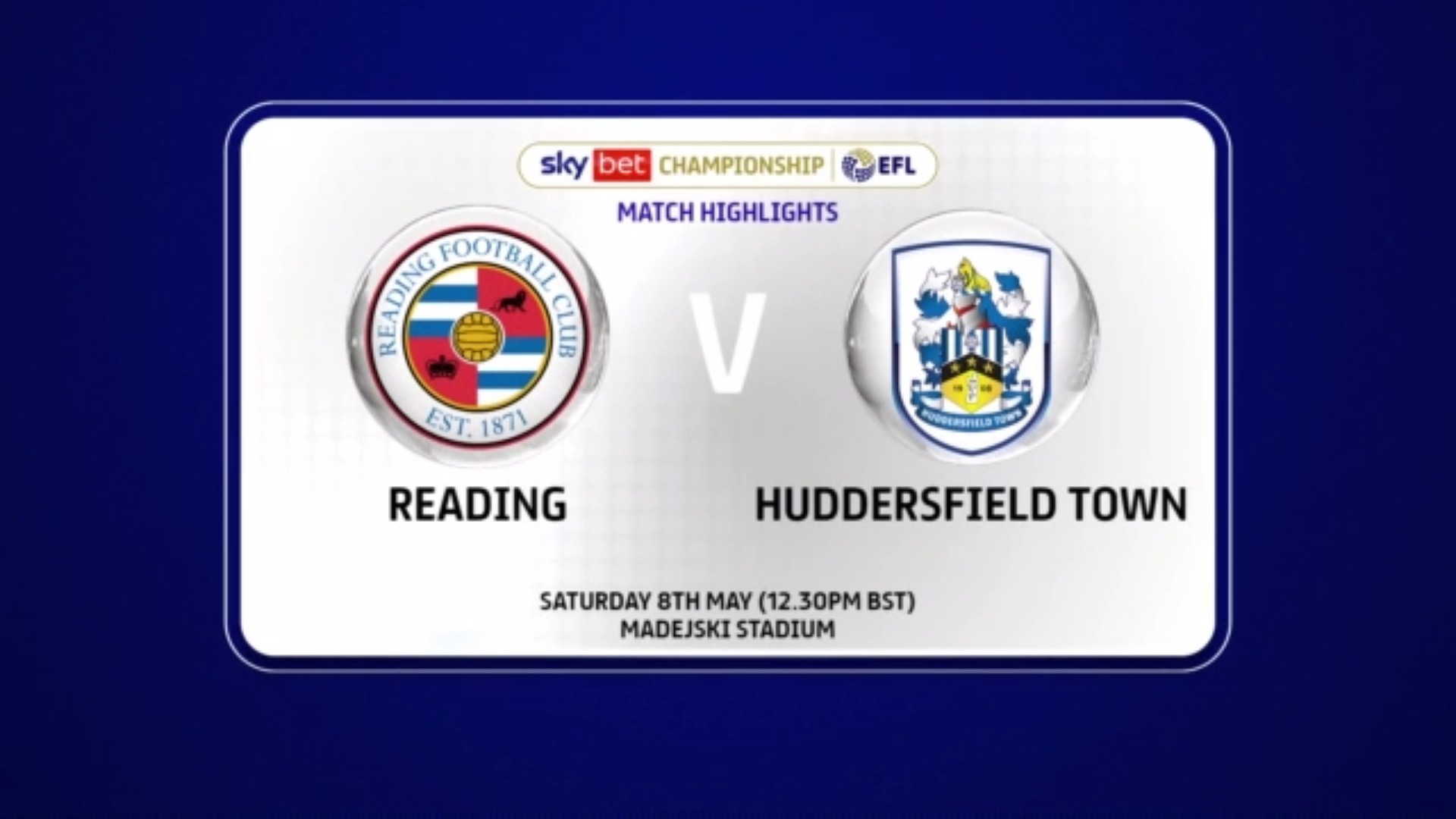 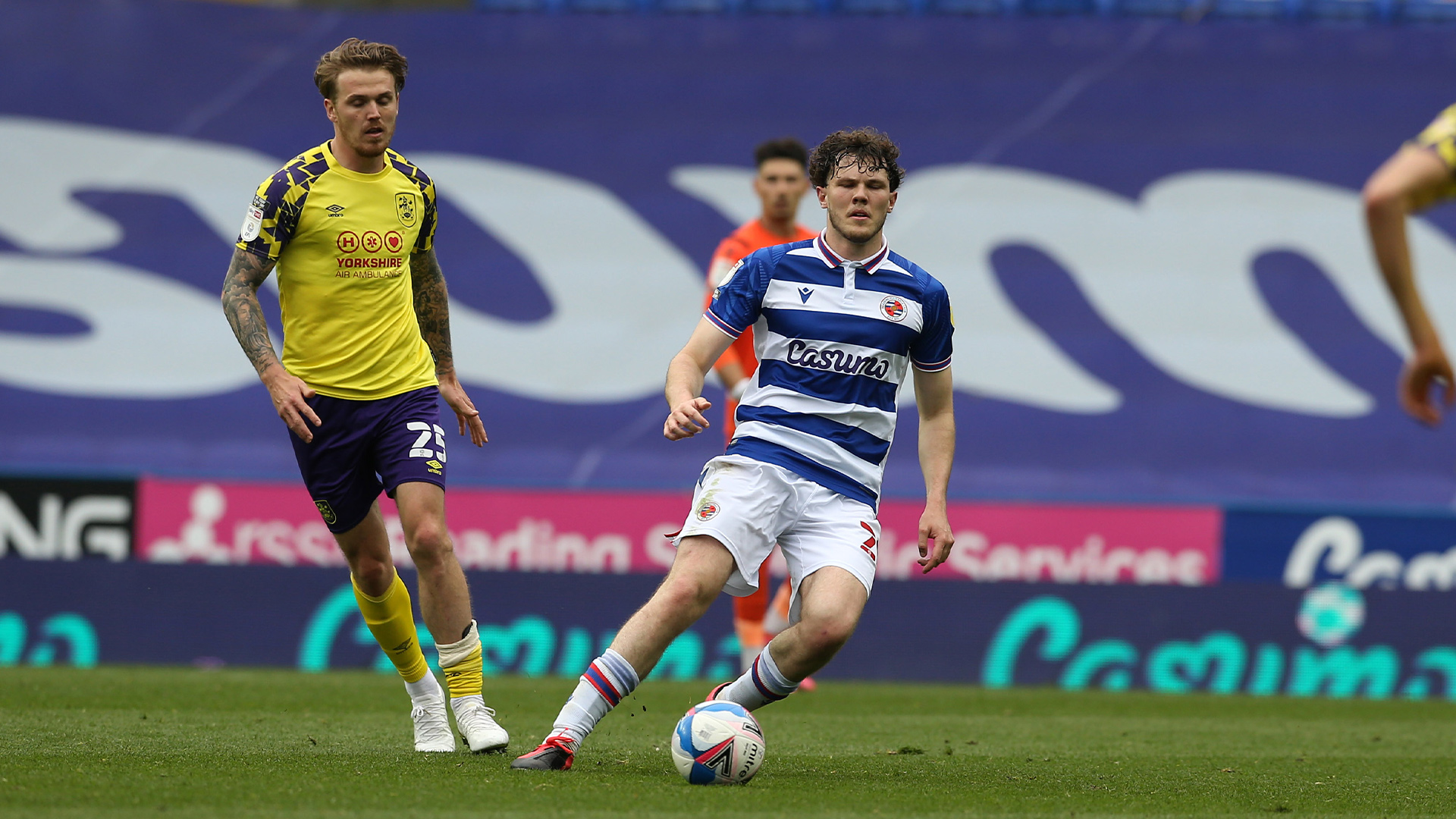