The international break is behind us now – the season picks up again this Saturday when we face the Cherries at the Vitality Stadium.

It’s our first visit to AFC Bournemouth in over six years – the season where a Yann Kermorgant-led Cherries side negotiated their way to the league title.

But we’re back in the Championship together now… Jason Tindall’s side are just two points behind us in the early running.

A talent-strewn squad will certainly offer us a tough game this Saturday when we make the lunchtime visit to the south coast.

Our game against AFC Bournemouth has been selected for TV coverage – meaning that it will not be available to watch on iFollow, either in the UK or around the world.

Tune in on Sky Sports Football to watch the match as it happens (or grab a NOW TV Day Pass to get 24 hours of access to all 11 Sky Sports channels) – or if you’re based abroad, click here to see who the EFL’s broadcast partner is in your country.

Long-standing manager Eddie Howe left the helm in the summer following relegation from the top tier; Jason Tindall, his assistant throughout, took the reins. And it has been a good start so far for the Cherries as a star-studded squad look to make an instant return to the Premier League.

They were the last professional club in the country to finally lose their unbeaten record – just days after our run was ended by Coventry, Bournemouth were defeated 1-0 by Sheffield Wednesday.

But that’s the only real blot on the landscape for the south-coast side, who have five wins and five draws so far otherwise – they won their last outing, 3-1 away at Birmingham.

Leigh Doughty takes charge of just his fifth Championship outing this Saturday – his first match involving either of these two teams.

It has been a sharp rise for the official, who was a National League referee until 18 months ago – he oversaw the play-off semi-final where Salford defeated Eastleigh en route to the EFL, and last year was spread across Leagues One and Two and included taking a League Two play-off semi between Northampton and Cheltenham.

A polite reminder to all of our supporters that no unauthorised access at all will be permitted to any of our home or away fixtures while games remain behind closed doors, so supporters must not travel to stadia on matchdays.

📯 Team news | Moore and Ejaria return to the XI


Club captain Liam Moore and midfielder Ovie Ejaria both return from injuries to make the starting XI for our game against AFC Bournemouth.


Four of our five fixtures scheduled after the next international break will now be broadcast live to the nation on Sky Sports!

The Royals were stunned by a second half performance from their hosts that saw them come from two goals down to claim all three points.

With three minutes played, a mesmerising run from Alfa Semedo saw him weave his way along the byline and into the box. He just kept going and Asmir Begovic clipped his angle in trying to halt the midfielder.

The referee pointed to the penalty spot and Lucas Joao stepped up to smash hom his spotkick inside the left post for 1-0.

Jefferson Lerma half appealed for a penalty at the other end soon after, scampering away from Josh Laurent down the right before taking a tumble. Then Morrison had to stand firm to block a shot from Stanislas.

Yet another appeal for a penalty game when Sone Aluko was felled as he darted onto a headed flick from Joao. But nothing was given, replays suggesting the challenge was just outside the box but Lloyd Kelly was perhaps lucky not to be punished for pulling the Royals forward down after Aluko beat him to the ball by a toe.

The Royals were playing some good stuff and a counter attack was started by Semedo, picking the ball up in midfield. He fed the overlapping Richards whose cross was met by the head of Semedo, but he couldn't direct his header on target.

Bournemouth, however, were looking dangerous in the final third and it took a diving stop from Rafael to parry a sweetly-struck effort from Brooks after a quarter of an hour.

But after a short injury break for former Royal Jack Stacey, Reading threatened a second. Joao collected the ball 25 yards out and slid the ball into Aluko inside the box. The midfielder tried to take the ball into his stride but the last man got back to force him off the ball which rolled out for a goal kick.

Dominic Solanke managed to roll Liam Moore with a slice of luck but his fizzed pull back from the byline on the right side was cleared by Morrison in the six yard box.

Three minutes to go until half-time, and Reading deservedly doubled their lead. Ejaria latched onto a one-two and then squeezed a beautiful low ball between defenders for Aluko to run onto. He scurried onto it and coolly sidefooted the ball wide of Begovic to make it 2-0.

At the end of four minutes of injury time, the home side came close to pulling one back. Following a Richards foul 22 yards out, Stanislas arced a set piece past the Reading wall but not past the dive of Rafael who pushed it away with a fine save to his left. And Reading led 2-0 at the break.

Jason Tindall made a change at the break, swapping Rico for Mepham - and the hosts began the brighter as the looked to find a goal that would get them right back into the fixture.

Stanislas had a chance to test Rafael with a set piece very similar to the one just prior to the interval, but this time Reading's wall did its job, repelling the right-footed effort.

However, the lead was halved moments later. An excellent cross from the left was met by Solanke in the middle and the ball crashed into the roof of the net for 2-1.

And the lead was wiped out before the hour when Danjuma ghosted through to latch onto a threaded pass and slotted inside the bottom left corner to make it 2-2.

Reading looked to respond and Moore's crossfield was weighted perfectly for Aluko who waited for it to drop over Kelly to touch it forward and burst into space. Begovic raced off his line and slid out to beat the Aluko to the ball...just.

Joao came close, getting the ball to feet inside the Bournemouth box but unable to stab his shot past Begovic. Ejaria then squirmed free down the left side but his cut back was intercepted before it could find substitute Michael Olise.

Olise won a free kick on the right as Pauno introduced Yakou Meite for Ejaria with less than 20 minutes remaining.

But Bournemouth took the lead with a spectacular effort from range. Taking a touch to control it, Lewis Cook picked his spot and swept a fabulous effort into the top left corner to make it 3-2.

Rafael saved with his feet from an offside Danjuma, but Joao came within a whister of equalising when he connected with an Olise corner - his powerful downward header was brilliantly saved by Begovic and it ricocheted off the base of the post and back into the keeper's grasp.

And the home side took full advantage of their fortune when they added a fourth - Solanke closing down Rafael with the ball at his feet, stealing possession and sweeping into an empty net.

Olise forced a fine save from Begovic when he ran onto a dropping ball 12 yards out and hammered an effort at the Cherries goal, but the points had gone and the final whistle confirmed that moments later.

📯 Team news | Moore and Ejaria return to the XI


Club captain Liam Moore and midfielder Ovie Ejaria both return from injuries to make the starting XI for our game against AFC Bournemouth.


Four of our five fixtures scheduled after the next international break will now be broadcast live to the nation on Sky Sports! 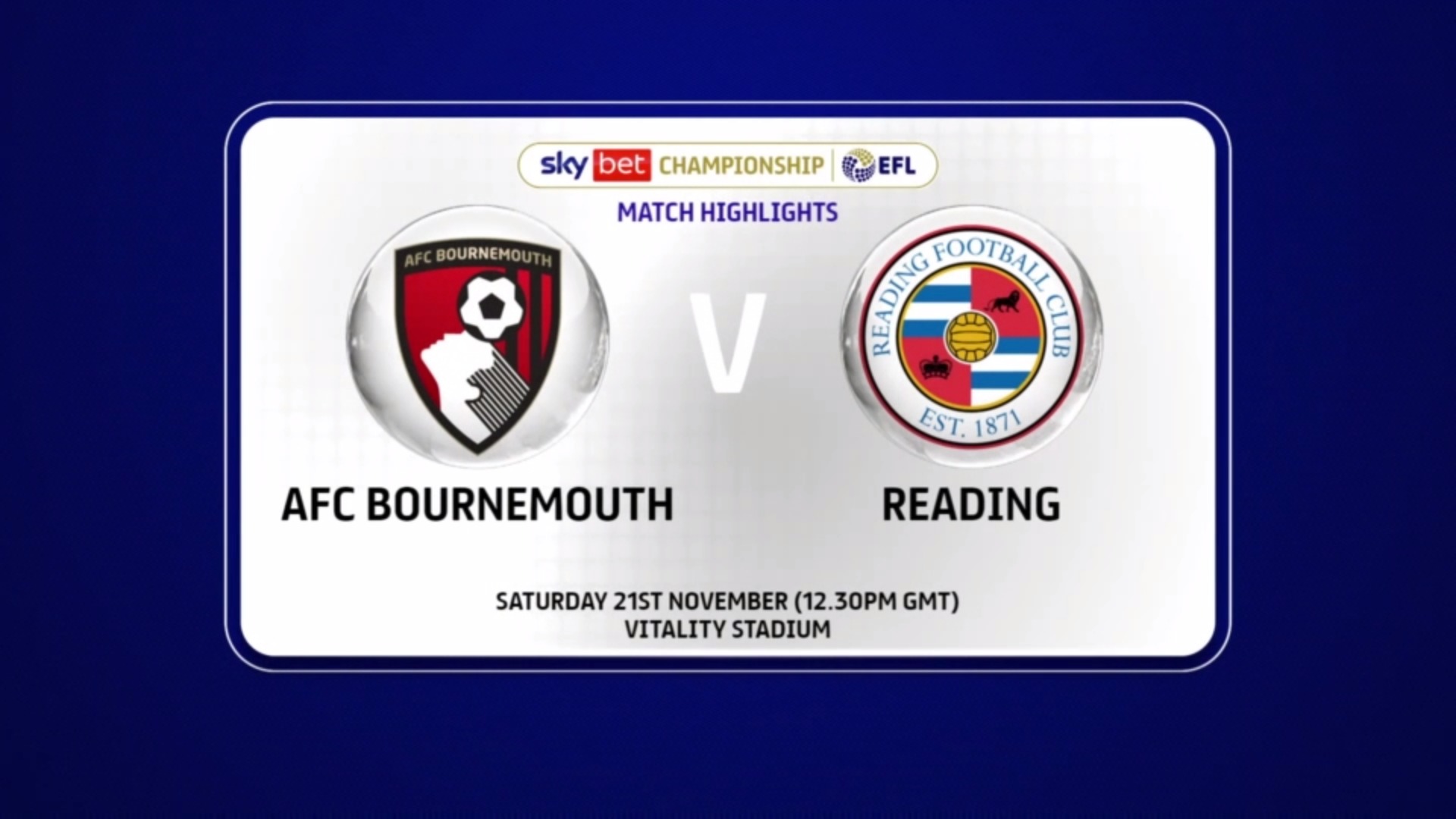 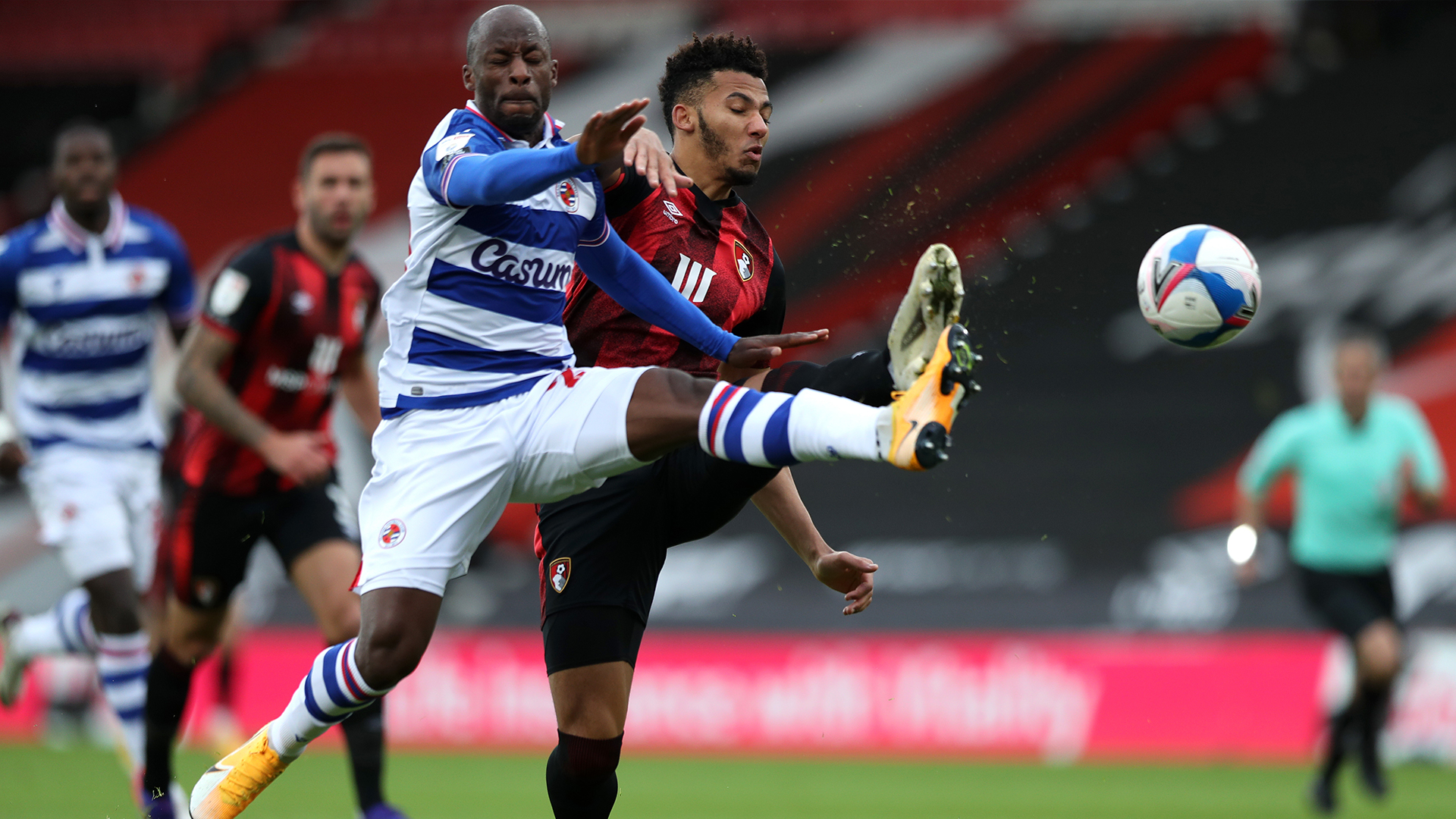