Play, rest, recover and repeat. That’s the current state of affairs for Reading, and the other clubs in the division during this jam-packed schedule. Next up – Bristol City visit RG2 for a lunchtime kick-off this weekend.

And there’s a lot of overlap between the two clubs’ experiences in 2020-21 so far. Perfect starts in the first month under new management, a drop off in results and the aim to battle back to form… and ultimately, just one point separate the two sides after 13 fixtures.

Both teams come in off the back of a draw in their midweek encounters… and with the ambition of being three points better off before the rest of the Championship get underway later that afternoon on Saturday.

Instead, head to Sky Sports Football on Saturday in time to see us kick off at 12.30pm against the Robins.

Dean Holden, long-serving assistant of Lee Johnson, took charge at Ashton Gate this summer. And so far this season, the Robins have been flying high.

Six wins from their first seven fixtures in all competitions marked a positive start to his tenure – but a home defeat to Middlesbrough, followed by a draw with Swansea and losses to Bournemouth and Norwich, saw his side drop off the pace somewhat.

But 10 points from their last four outings signals a return to form for the Westcountry club; their most recent encounter was a 0-0 draw with Watford on Wednesday evening.

Jeremy Simpson will be looking after the game - he was the man in the middle for three of our fixtures last season, including our 3-1 win in Wigan (including a sub-5-minute hat-trick by George Pușcaș), our 2-2 away draw at QPR and our 2-0 home win over Barnsley. The Robins got a win in the only match he officiated of theirs last season, a 2-1 win in Fulham.

Mr Simpson has dipped into his pocket for the red card three times already this season - twice came in Sheffield Wednesday's meeting with AFC Bournemouth, as Kadeem Harris and Steve Cook were both given straight dismissals.

His fourth official will be Antony Coggins, while Edward Smart and Rob Smith will be running the lines.

A polite reminder to all of our supporters that no unauthorised access at all will be permitted to this game, so supporters must not travel to Madejski Stadium.


Three points on the board; a great display over Bristol City earned us the victory.

Reading returned to winning ways with a fabulous team performance against high-flying Bristol City this afternoon...

In the early stages, Omar Richards delivered a fabulous cross from the left that Lucas Joao so nearly connected with - but the ball flew across the penalty area and behind for a goal kick.

Minutes later, Laurent picked out Meite who had found a free spot in the Robins box - and he brought it down and laid it back to Olise on the edge of the area, but the visitors had recovered in numbers and the danger fizzled out as Laurent struck harmlessly over from range.

Daniel Bentley was called into action after a quarter of an hour, down low to save from Meite and gather it into his body at the second attempt - a chance created by a fine driving run down the middle from Rinomhota.

An Ejaria ball into the box was flicked on by a Bristol head and Meite was lurking waiting to collect it on the edge of the six yard box until Bentley punched the ball behidn for a corner.

The Robins' first threat came from a Diedhiou header - the striker was flagged offside as he connected with a free kick and directed it over the crossbar.

With ten minutes of the half remaining, Olise found Meite on the right and he delivered a lovely cross which sailed inches over Joao and was glanced away from Olise.

From the resultant corner, Morrison won a header to recycled the ball and it dropped to Meite who acrobatically hooked the ball goalwards only for Bentley to parry it away low to his right.

A the other end, Moore and Richards combined to clear the danger when a ball was played into the feet of Diedhiou. Andthe skipper was alert to get to a low O'Dowda cross to deny Diedhiou a sight of goal late in the half.

In injury time though, Joao did brilliantly to get away from his marker and dart towards the box. He cut inside onto his right boot and drilled a shot at goal, the ball taking a small deflection off a red shirt en route and flying inches over the crossbar.

The Royals were finishing the half strongly and Ejaria spun away from a man to dink a good cross into the box that nearly found Joao on the penalty spot.

Reading began the second half much as they'd finished it and countered well when Olise's ball down the line found Joao. He shimmied towards goal and fed Meite's fee inside the box - but Bentley was down well to save the striker's low shot.

And Reading deservedly took the lead when Ejaria was found on the left. He moved it onto his right boot, scuttled past two men and took aim - his low right-footed drive taking a deflection past Bentley and nestling in the bottom left corner.

The Robins looked to respond and Rafael smothered a low effort from O'Dowda from range. But Moore was busy at the business end, getting his head to a Richards free kick that looped high towards goal but also the gloves of Bentley.

Morrison attacked an Olise set piece from a similar position out on the left but his flick on skidded wide for a goal kick.

Tom Holmes then came a whisker away from making it 2-0, attacking a free kick and directing a great header towards the top right corner - only to see Bentley fling himself to his left and push it wide.

Holmes nearly turned provider next, headed a deep cross back into the middle where it just evaded Morrison in position to tap it home from yards out.

Reading were created chance after chance and Meite burst onto a lovely pass from midfield to bear down on goal, only Bentley to beat. But the Bristol City keeper came off his line to save as Yakou pulled the trigger and deny Reading a second goal again.

And the Royals were punished for not converting one of those many chances, when substitute Wells beat Rafael to a knock down to toe the ball home from close range following a Robins free kick. Appeals for a foul in the build up were ignored and the offside flag stayed down...City were level.

And Martin muscled onto a back post cross to almosty give the visitors the lead, nodding just wide.

But the teams weren't level for long. Olise picked a lovely pass into space perfectly weighted for Meite who ran onto it. Under pressure from the backtracking defender, he did brilliantly to slot the ball wide of Bentley and into the bottom left corner for 2-1.

It should have been 3-1 moments later. Richards took aim from distance and it deflected off a City defender, looped over Bentley and bounced off the crossbar. It dropped for Meite with the goal gaping, but his header was agonisingly off target.

Jos then nearly added a third which would have killed the game, dancing on the edge of the box to create a yard of space and then drilling a low effor that deflected just wide.

Five minutes of additional minutes were signalled and Bristol City were throwing everyting at their hosts in search of a second equaliser.

But there was to be no way back when Lucas Joao swivelled inside the box and dragged the ball past Bentley for a third goal. The chance was set up by a brilliant Meite run from his own half which saw him thunder down the right and deliver a lovely low ball into Joao's feet. And our top scorer did the rest.

Arguably, this was one of the best performances from the Royals so far this season and it saw us leapfrog the Robins in the table and return to winning ways in style.


Three points on the board; a great display over Bristol City earned us the victory. 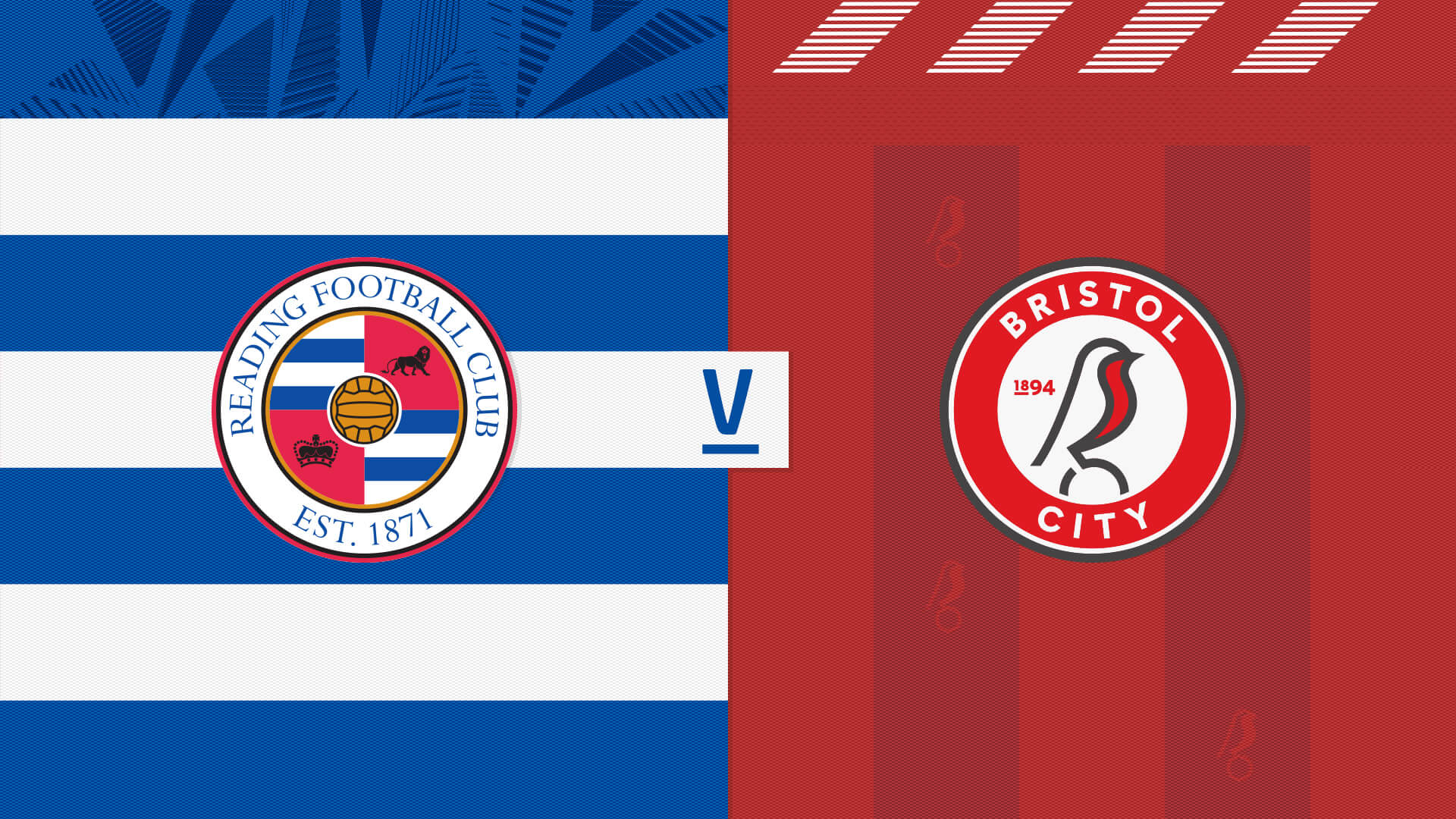 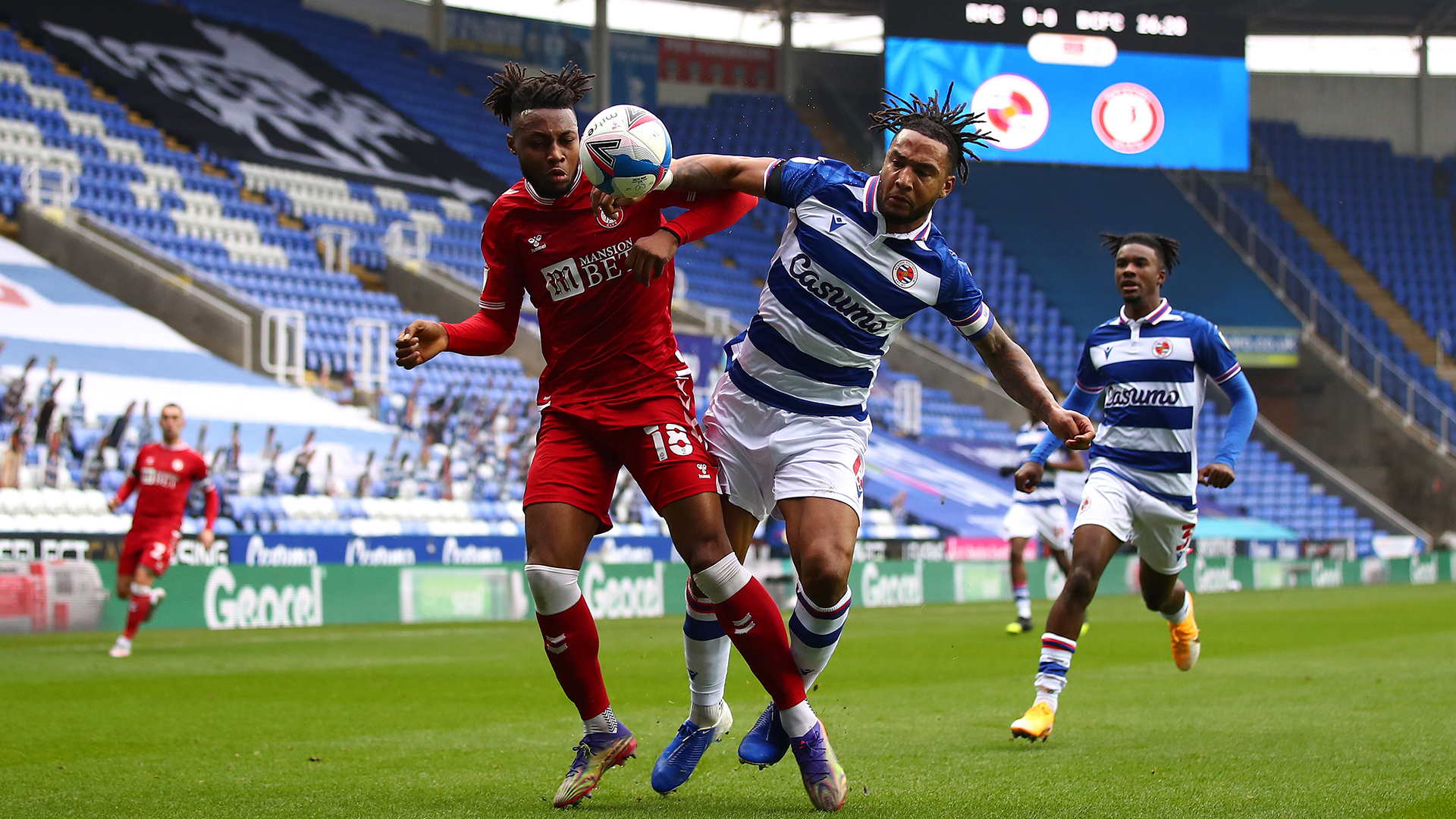