A great start to the season, followed by a couple of disappointing defeats. Now, with one more game to go before the international weekend, we prepare to welcome Stoke City to Madejski Stadium.

It’s an opportunity to go into the break on the up – if we can get the better of the Potters.

Our break will begin earlier than most; that’s because we’re the 12.30pm kick-off at Saturday, when we will kick off against Michael O’Neill’s side in RG2.

Our meeting with Stoke City is being broadcast live on Sky Sports in the UK, kicking off at 12.30pm.

That means that there will be no opportunity to watch on iFollow, either in the UK or around the world. Overseas supporters can click here to see who the EFL's broadcast partners are in their country.

Sky Sports subscribers in the UK can watch this one – and if you haven’t got Sky Sports, you can grab a Sky Sports Day Pass through NOW TV for £9.99 – allowing you access to all 11 Sky Sports channels for 24 hours, and most importantly, giving you the opportunity to watch the Royals in action on this Saturday!

Stoke City were our first visitors behind closed doors when we came out of the last lockdown; Nick Powell grabbed a late leveller that day as we were denied all three points in stoppage time.

And Powell possibly thought he'd earned a point for the Potters in their most recent game with a late goal; instead, Ismaila Sarr had the last say in the dying throes for Watford in a game that had see-sawed back and forth.

That has been symptomatic of Stoke's season to date, in truth; they have won three, lost two and drawn one in their fixtures since the last international weekend, but none of those wins have been consecutive.

Keith Stroud is referee for this fixture; his second Stoke game of the campaign, following their 3-2 triumph at home against Brentford a fortnight ago.

He took charge of two of our fixtures last season, both on the road: our 2-0 defeat ot Millwall, and our 1-1 draw in Swansea when Andy Yiadom struck late.

We will be hosting a moment of remembrance before the game - a bugler will sound the last post ahead of our period of silence in memory of those who paid the ultimate sacrifice - and all match-worn shirts bearing the poppy emblem will be auctioned for Poppy Appeal.

Click here to read the 'programme notes' from Supporters' Trust at Reading for this fixture.

A polite reminder to all of our supporters that no unauthorised access at all will be permitted to any of our home or away fixtures while games remain behind closed doors, so supporters must not travel to stadia on matchdays.


The Royals remain unbeaten so far this season and the whole country will get a couple of great opportunities to see what Veljko Paunović's side are all about as two of our fixtures before the next...

Reading began the better and twice Alfa Semedo came close to opening the scoring. The first opportunity came from a deflected Esteves cross from the right that Semedo tried to glance goalwards but Gunn was equal to it in the City goal.

However he brought a much better fingertip save from the Stoke stopper moments later when he got on the end of Richards delivery from the other side - this time his header was directed well, looping under the crossbar until Gunn tipped it over.

Reading were bossing things and Stoke happy to put men behind the ball and make it difficult to break them down. But City had a half chance after 20 minutes when a cleared corner was skied high over the bar from Jon Obi Mikel from outside the box.

And City took the lead two minutes later when Tyrese Campbell pounced upon a loose ball inside the Royals aread and stabbed it through bodies and past an unsighted Rafael.

Richards' cross from the left was whipped across the box but no-one was there to get on the end of it. Then Esteves launched a set piece into the box and Gunn had to back-pedal and gather it above his head on his goalline.

Nick Powell won a header inside the Reading area but the ball dropped wide of the right post and behind for a goal-kick. But Stoke had a second before half-time when Fletcher sprung the offside trap to latch onto a ball into the box and he coolly sidefooted the ball past Rafael for 2-0.

Gibson could have halved the deficit soon after, but his header couldn't carry enough punch to trouble Gunn.

Morrison appealed for a penalty when he looked to collect a loose ball from an Esteves corner, and it appeared his shirt was pulled by one player and clumsily tackled by another in trying to get to it first in a crowded box. But nothing was given.

Esteves nearly turned provider again when he darted away from his man down the right and so nearly found Semedo in the middle only for a Stoke leg to intercept at the last moment.

But, for all their dominance on the ball and the chances created, the Royals had a mountain to climb in the second half.

Esteves tried his luck less than a minute into the second half but his drive from the edge of the box skidded wide. And Stoke nearly scored a third when Campbell cut onto his right boot and bent a lovely strike towards the bottom right corner only for it to cannon into the inside of the post.

Lucas Joao made good progress down the left and coming inside he teed the ball up for Yiadom to shoot - his effort was charged down and Rinomhota's follow-up also blocked by a red and white stiped shirt before Gunn's goal could be threatened.

Esteves pulled the trigger again and a toed deflection took it wide of the top right corner. And Reading continued to dominate possession but failed to break down an organised Stoke side.

The introduction of Baldock offered the hosts a new outlet and bursts of pace down the right saw him first pull the ball back for Joao who was crowded out, then a minute later he teed up fellow sub Olise who swept a shot over the bar.

Sone Aluko came on for the final 20 minutes, but the Potters wall in front of Reading was proving impossible to penetrate.

Baldock came close though. A deflected ball into the box from Olise was glanced on by Joao and Baldock was there to turn it goalwards on the half volley but it dribbled agonisingly wide of the left upright.

Time was ticking away and Stoke were comfrotable defending their lead, although Aluko did test the City keeper's handling with a left-footed drive towards the end of the ninety minutes.

And with the last kick of the game, Stoke added a third when Brown pounced on a mistake from Gibson at the back to race clear and pass the ball into an empty net for 3-0.

The international break now allows the Royals a chance to regroup at the end of a disappointing week in the context of the campaign so far.


The Royals remain unbeaten so far this season and the whole country will get a couple of great opportunities to see what Veljko Paunović's side are all about as two of our fixtures before the next... 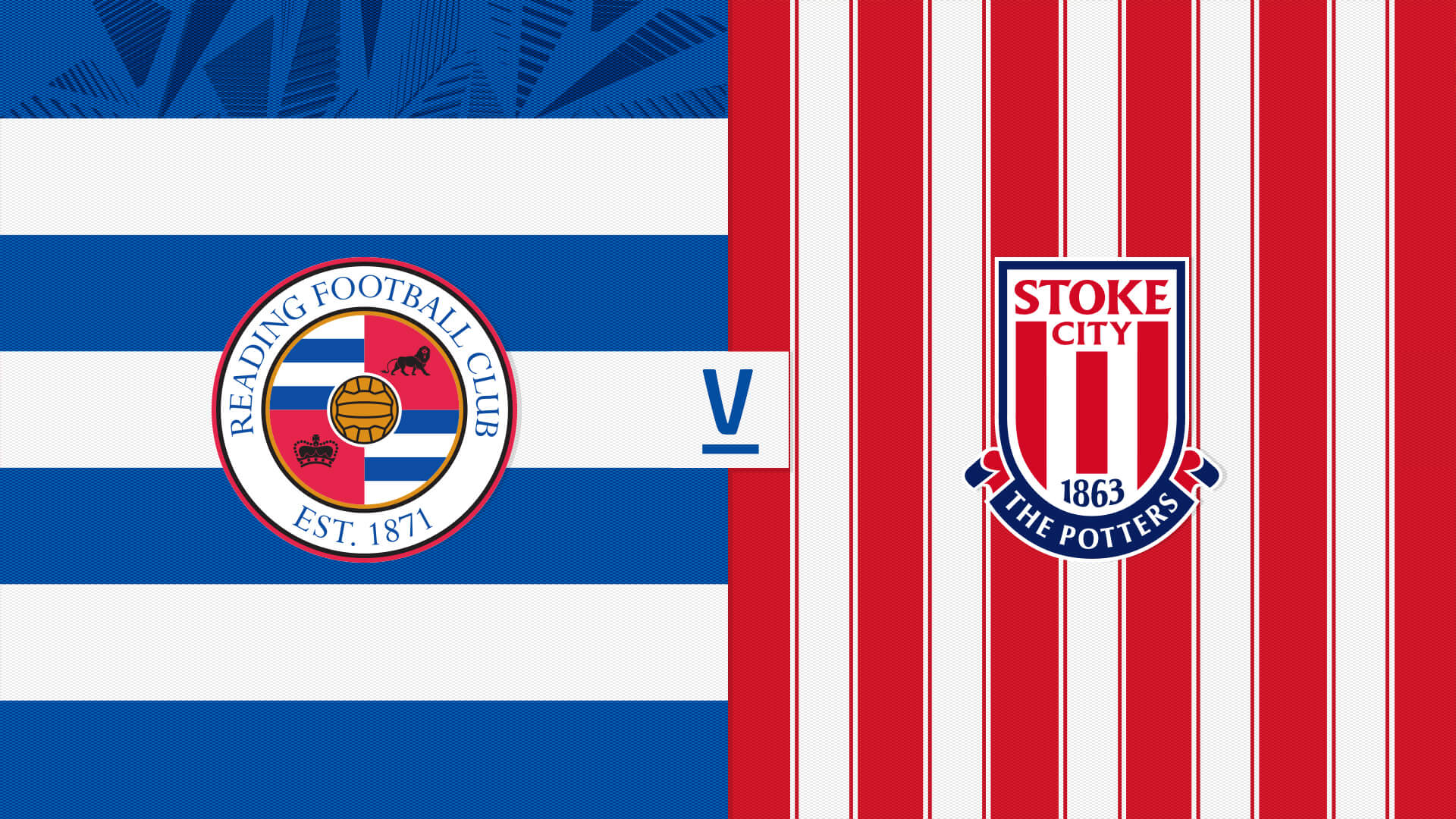 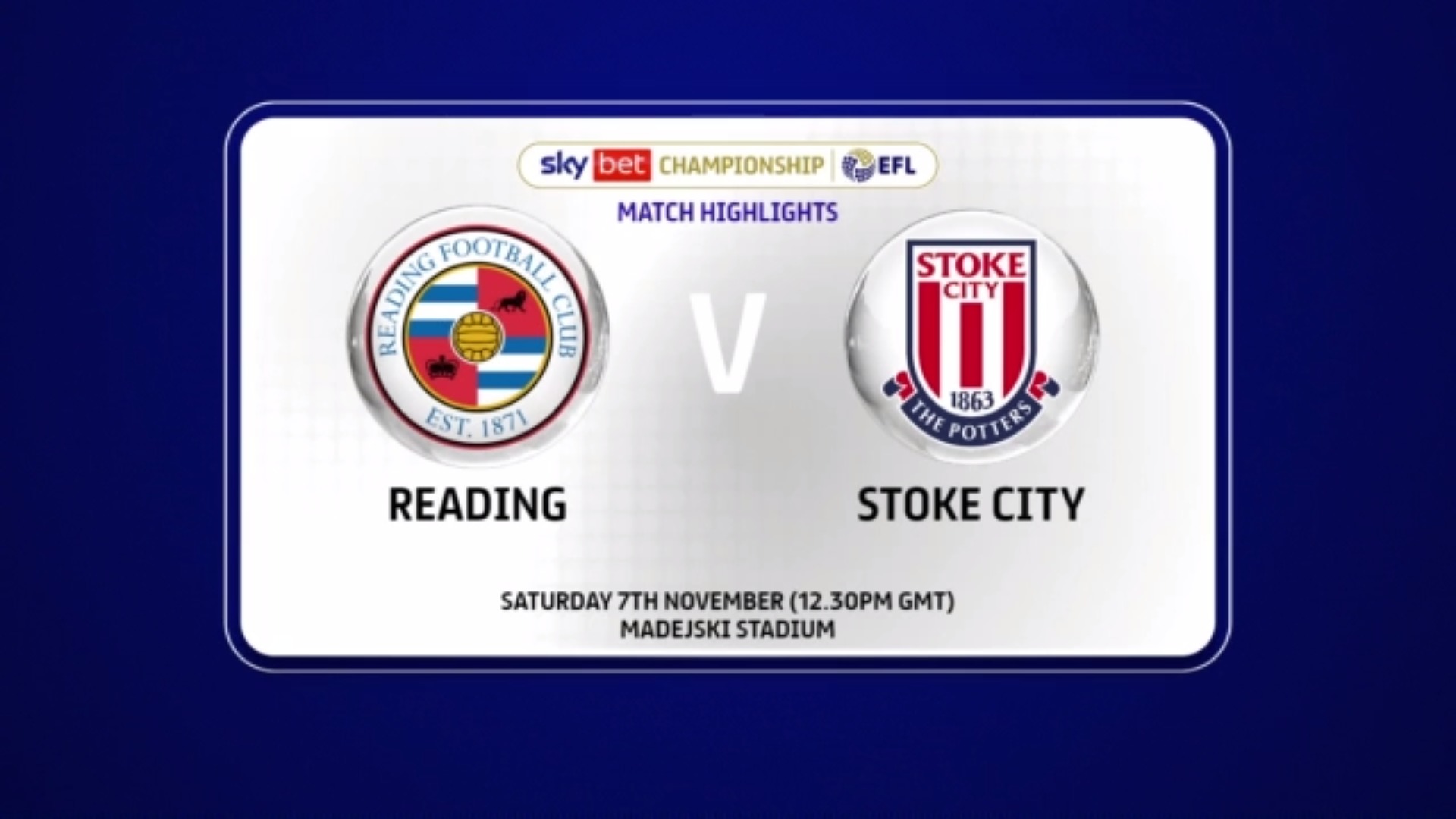 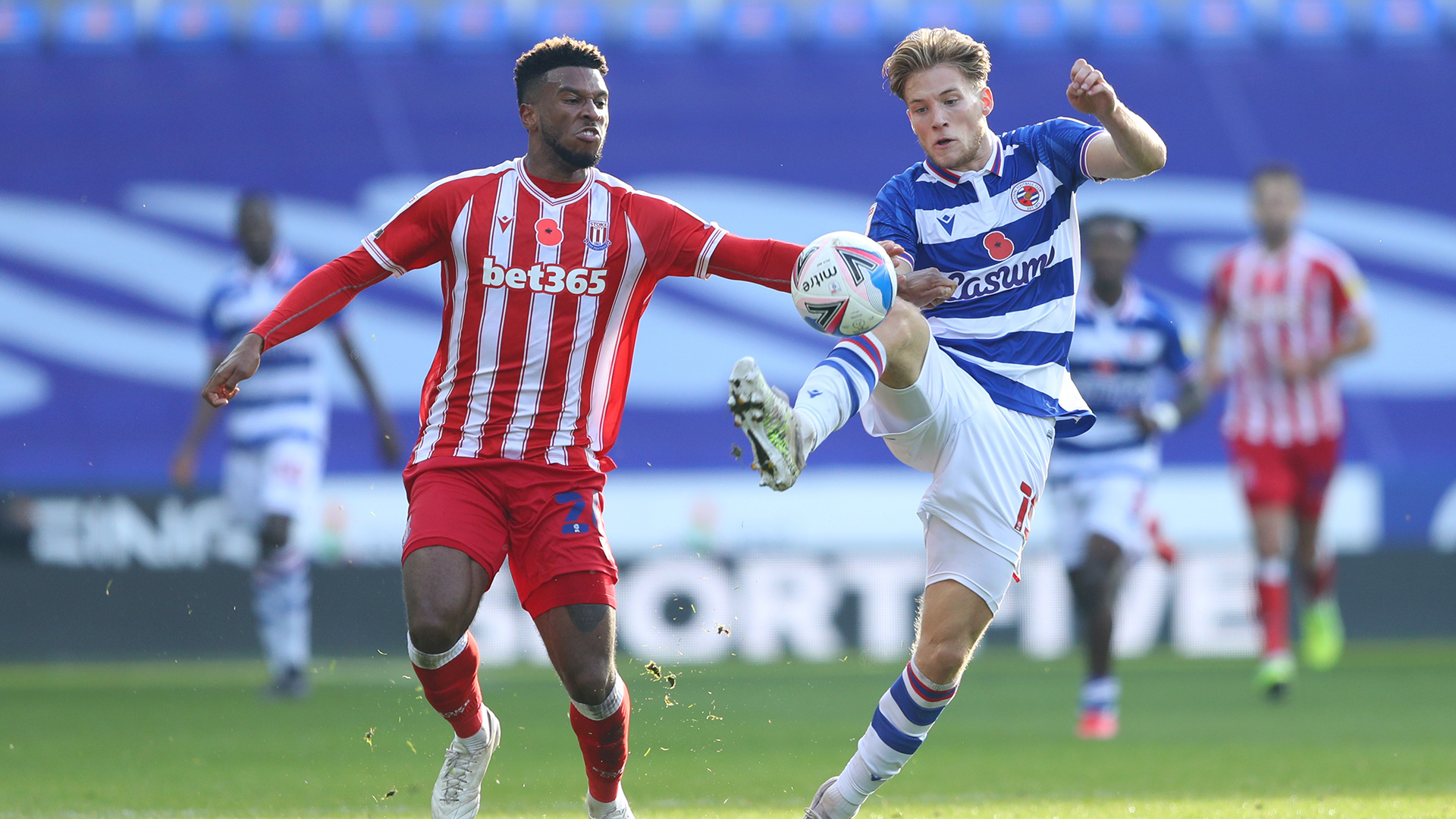