Three games down, three wins recorded... but 43 more games to go in this marathon of a season.

It's been a good start to 2020-21 but there's a long way to go before we can get too carried away... especially with some tough opposition upcoming. We'll need to be on our game to get through these tests and keep up our streak.

Watford arrive undefeated so far in the league... 1-0 wins against Middlesbrough and local rivals Luton bookend a goalless draw with Sheffield Wednesday. A solid start as they look to mount a charge for an immediate return to the top tier.

And the Hornets have the incentive of going above us, should they win... as you'd expect, it's tight at the top with just a few games gone.

A reminder to our fans that this game is available on a Video Match Pass for fans in the UK and Ireland, but overseas fans will need to tune in on their TV to watch as it has been selected for international broadcast. Any International Season Pass holders will be able to listen to audio commentary.

it'll be a Serbian manager in each dugout - Vladimir Ivić became the latest Hornets boss this summer, after Nigel Pearson was dismissed towards the end of 2019-20.

It's been a topsy-turvy start to the campaign: scraping past Oxford on penalties in the Carabao Cup before exiting to Newport County... but garnering seven points from nine available in the league.

Last weekend, it was a long-awaited league meeting with near-neighbours Luton - separated by less than 20 miles, it was Brazilian teenager João Pedro - who grew up nearly 6,000 miles away - who grabbed the game's only goal to make sure that they didn't slip up against their old rivals.

Gavin Ward is the arbiter this weekend - he was the man in charge of our FA Cup meeting in Cardiff last season, as we progressed on penalties when it ended 3-3 after extra time.

He also took control of a Watford game last season - that was also a cup fixture as the Hornets defeated Coventry 3-0 in the Carabao Cup.

Graham Kane and Adam Crysell are assistants, while James Linington is the fourth official.

An exceptional performance from the Royals earned another three points for Veljko Paunovic's men this afternoon against a previously unbeaten Watford side.

In the opening minute, Ismaila Sarr nearly got a golden opportunity to open the scoring. An early ball in behind the Reading back line found Sarr and Rafael came off his line to shepherd him away from goal. Sarr did manage to dink a cross into the middle but a Reading head cleared the danger.

Dele-Bashiru wormed his way into space on the left side of the box soon after but his low cross flashed across the six yard box. Watford were looking very dangerous though and a pull back from the same side found Ngakia in space to shoot - thankfully the right-back scuffed his shot well wide.

Sarr found the side netting when he capitalised on a miscommunication between Moore and Richards. But the Royals started to get a foothold with some good passages of possession.

And Reading earned a shooting opportunity soon after - and a good one. Meite turned his man to come in off the right flank, then spread the ball across to Olise on the opposite side. He ran at the defender and arrowed a left-footed shot just over Ben Foster's crossbar.

The crossbar came to the Royals' rescue midway through the half, Morrison harshly penalised for a handball and then Garner beating Rafael with a fearsome free-kick that clattered into the crossbar and was cleared by the head of Richards.

Dele-Bashiru struck a speculative effort over but was forced off with injury a little later, Ken Sema coming on in his place. And with five minutes of the half remaining, an inswinging set piece nearly found the head of Cathcart flying into the six yard box but unable to connect.

Reading threatened down the other end though when a worked free kick inside the Watford half led to an aerial ball from Olise that picked out the run of Meite. He volleyed a first time effort at goal but Foster parried it away, against a Watford body and eventually the visitors cleared.

Four minutes of the opening half remaining and the Royals had the lead! Holmes strode forward and drilled the ball into the Hornets box. Puscas cushioned it well and pounce on the loose ball, shooting on the pivot to beat Foster with a deflected left-footed stab.

Liam Moore was in the right place to head a ball behind for a corner before the half-time whistle sounded. And Reading had a lead to take into the break.

Unsurprisingly, the Hornets came out for the a second half with renewed purpose and it took a fine save from Rafael to deny Kiko Femenia from a narrow angle early on.

The opening chances for Reading came from two defenders - Tom Holmes driving just high and wide of the top right corner, then Richards racing onto a one-two from Olise only for his final pass to let him down.

Sema had the ball in the back of the net but only after the whistle had sounded for a foul on Morrison. Foster had to alert to a low skidding Meite shot at the other end.

A lovely move that began with Aluko almost resulted in a good chance created by Aluko - the midfielder finding space down the left and crossing early where Puscas nearly met it at the near post - but the Royals had to make do with a corner.

Meanwhile, Morrison did well to take the sting out of a Garner strike that Rafael gratefully gathered into his body low to his right.

The game was opening up a little and Laurent did brilliantly to win possession in his own half and stride forward, but he was crowded out on the edge of the Watford box before he could shoot or find Puscas who had joined the midfielder on the counter attack.

Foster had to cling onto a Holmes header after the right-back connected with a deep Aluko free kick and headed across the goal looking for the far corner or an arriving Puscas who nearly got to it before the Watford stopper.

Meite muscled his way into a shooting position through some brilliant work down the right side, but Foster gobbled up his drilled effort from a tight angle.

Reading were working tirelessly to defend their lead as the time ticked down and Dejan Tetek came on to replace Aluko with less than ten minutes remaining.

And when Tetek intercepted a Watford ball forward, it provided Puscas with a shootching chance - the goalscorer dragging a low right-footed effort wide of the bottom left corner.

The home side dug in and defended like warriors as four minutes of injury time elapsed. And the spirit was there for all to see when the final whistle confirmed a fourth successive win for the Royals and the manager brought the whole team together on the pitch to celebrate the victory. 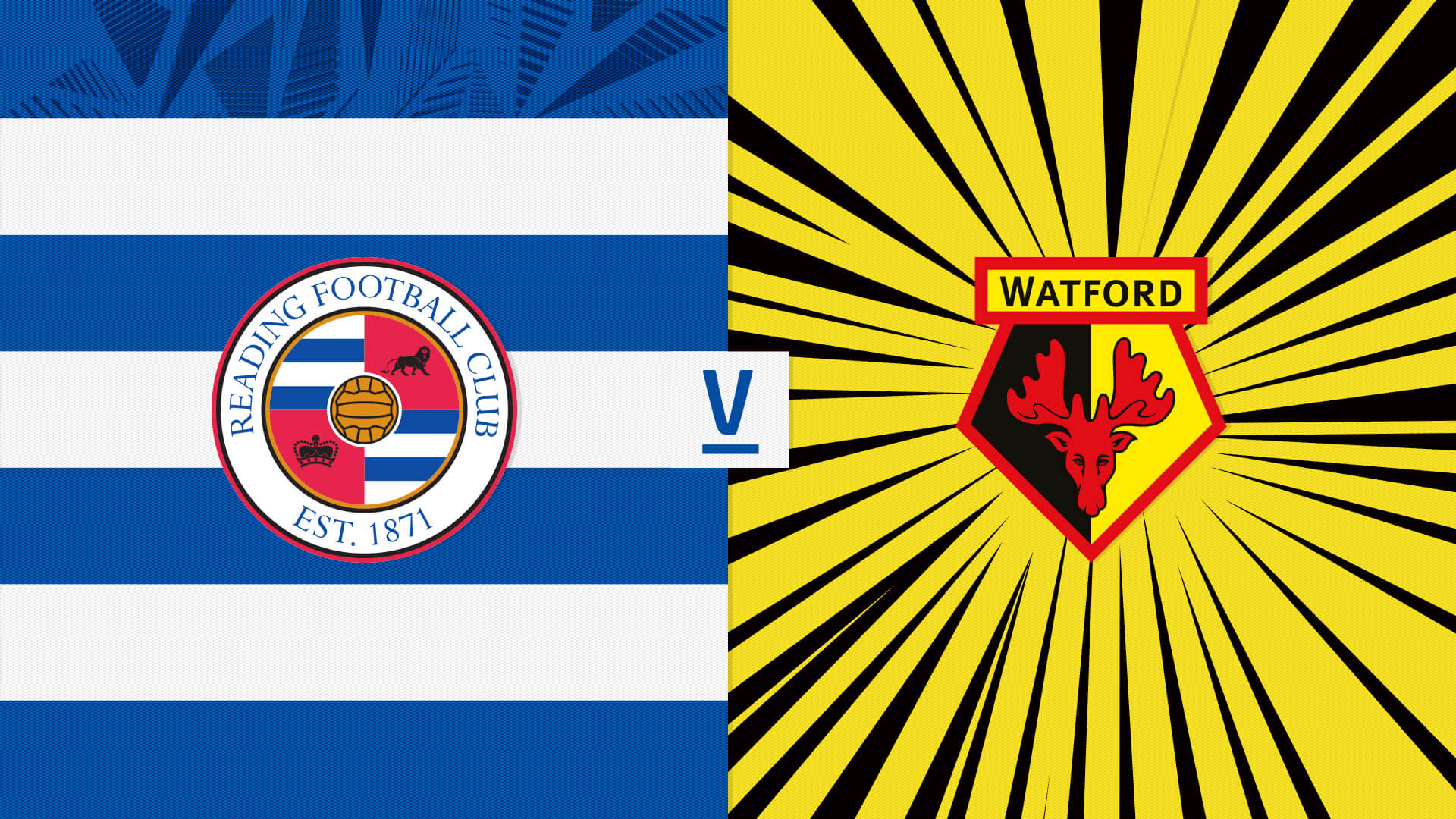 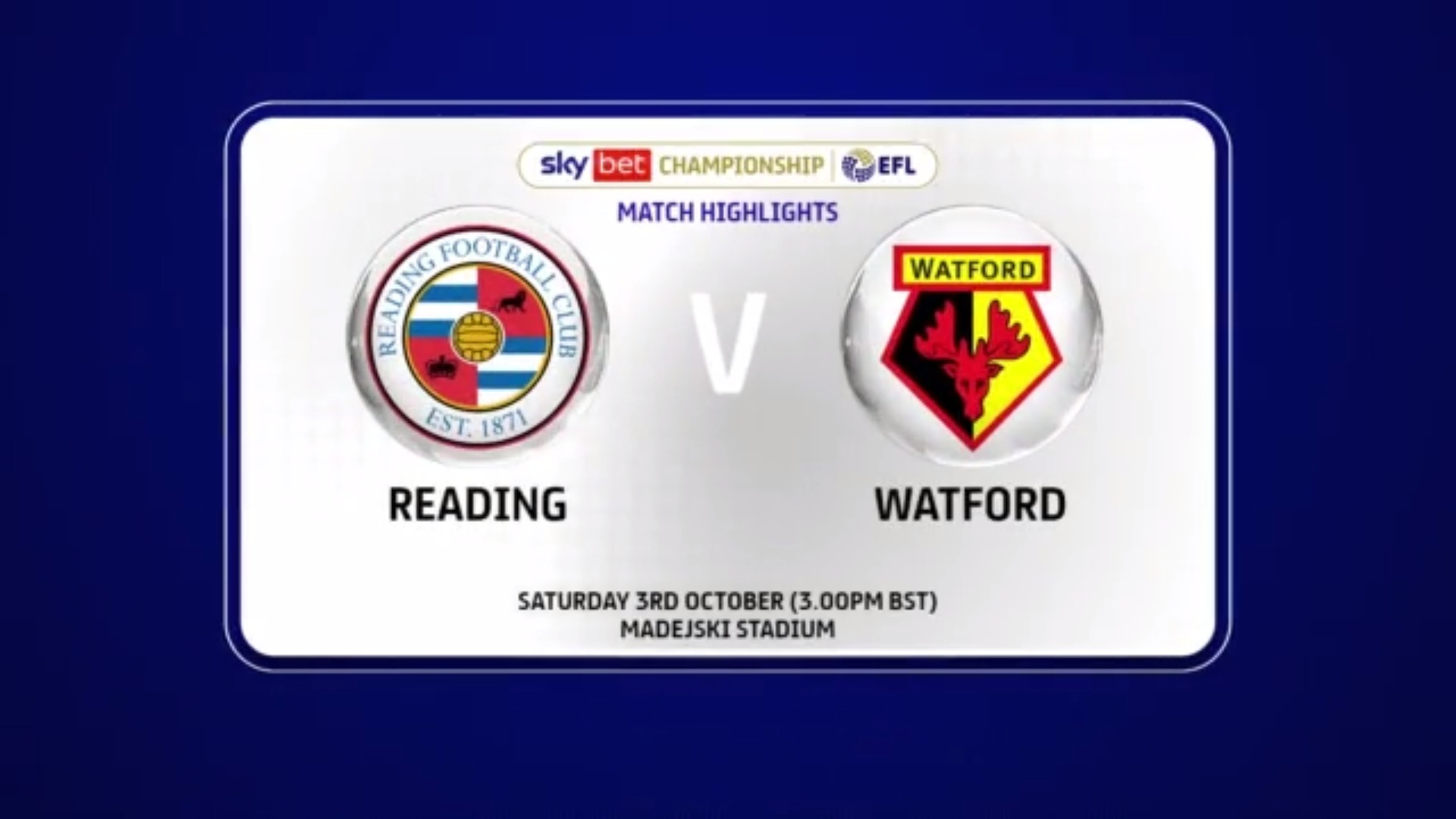 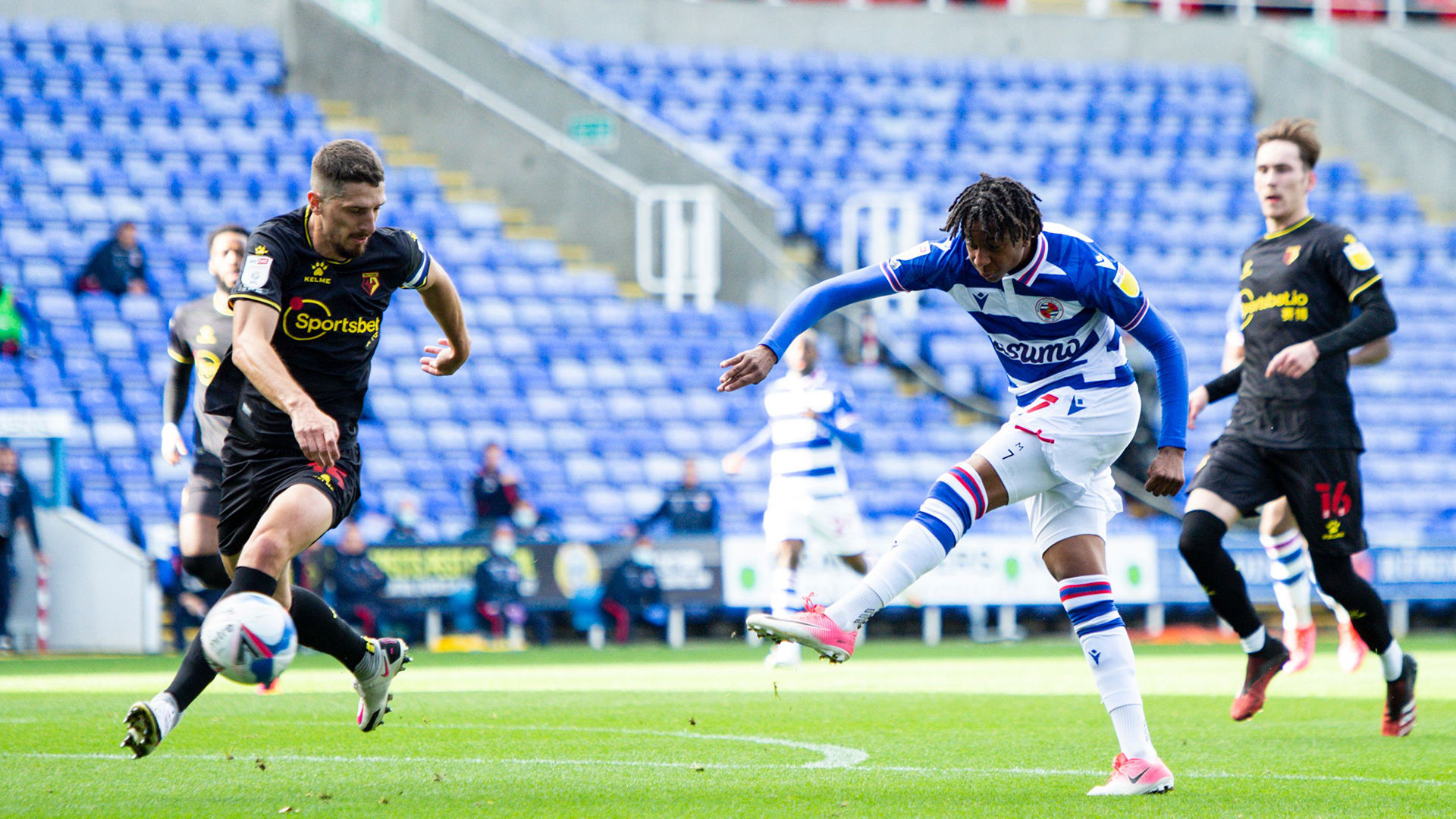