Can we make it three from three? Luton stand in the way when we meet at Madejski Stadium on Tuesday evening.

An incentive for both sides, too… Manchester United offer the opposition in Round Three on home turf for whoever goes through.

We enjoyed ourselves when we last met the Hatters back in July – Yakou Méïté scoring four in a 5-0 triumph on Bedfordshire soil.

But the scores are reset and it’s a fresh challenge ahead on Tuesday evening – whether it’s in normal time or by virtue of penalties, the tie will be settled on the night.

By way of reminder, all supporters who wish to watch our games at the start of the 2020-21 will need to purchase an iFollow Match Pass.

Priced at £10 for fans in the UK and Ireland, it’s your ticket to see the main event – and to watch on your computer, tablet or phone.

Manager Veljko Paunović: "Our approach is one game at a time. We can enjoy our win against Derby but then we prepare for Luton. We are going to approach the game with the same spirit, and knowing that we want to build momentum for the team."


It's all change for the Carabao Cup and the visit of Luton Town this evening.


Our 2020-21 campaign began with a win against Colchester United in the Carabao Cup and that earned us the right to host Luton Town at the Madejski on Tuesday evening.

Our first defeat of the season was inflicted on a much-changed first eleven in the Second Round of the Carabao Cup this evening - Jordan Clark's first half header enough to knock the Royals out of the competition at Madejski Stadium.

The game began at a high tempo with the visitors looking to put pressure on their hosts from the off. George Moncur arrowed high and wide of the target and another early effort was charged down by Tom McIntyre.

At the other end, a tidy flick from McNulty nearly found Puscas' run but was intercepted by a Hatters body before the Romanian had a chance to geta  sight of goal.

Aluko had a snapshot fly waywardly wide, but after 12 minutes McNulty did well to deliver a tasty low cross into the near post where Puscas was only just second to the ball.

A sharp save from Southwood denied Luton the opening goal, shovelling a free downward Hylton header off his goalline after a quarter of an hour. And the Royals stopper had to clutch hold of a Sonny Bradley header that was powered towards goal from the back post position minutes later.

But he could do nothing to stop Jordan Clark's towering header flying past him midway through the half as a left-footed cross swirled towards the back post and Clark applied the finish.

A lovely patient build up from the Royals led to a clever exchange of passes between McNulty and Araruna - the latter able to burst past a mistimed challenge and pull a low cross back into the the area - only for it to be cleared by an orange-socked foot.

Ten minutes of the half remaining and Ethan Bristow's cross into the Luton area seemed to be charged down by a Hatters arm, but only a corner was awarded.

Watson and Aluko then combined in a one-two but Watson's right-footed cross was too close to keeper James Shea. Sam Baldock was next to try his luck, letting rip with a left-footed effort that flew well over the crossbar. Reading though were enjoying more of the ball and attacking with more reward.

Aluko turned the ball onto his left foot and took aim but his drove was charged down. And after a short stoppage for treatment to a head injury for the Luton goalscorer, the referee sounded his whistle for half-time.

Aluko delivered a lovely cross from the right that nearly picked out Puscas at the start of the second half, but at the other end Tom McIntyre was a little fortunate not to skew a clearance from Shinnie's cross into his own net - the ball spiralling just wide of the right post to Reading's relief.

Tetek spread the ball wide to McNulty who volleyed a first time cross into the middle - but it looped over Puscas in the middle.

Hylton glanced a header over when connecting with James Bree's cross from the right as Luton continued to press for a second which would put the tie to bed.

But Reading were continuing to look for an equaliser and Baldock tried in vain to deflect a cross from the left at Shea's goal on the hour.

Luton's main threat was aerial and again Hylton headed across the face of goal but just wide. Meanwhile Puscas was flagged offside as he brought down a well-weighted ball forward from Tetek.

Baldock drew a save from Shea when he got on the end of a ball that came to him from a superb jinking run forward from Tetek - Baldock stabbing it low but Shea saving comfortably low to his left.

But time was starting to run out for the Royals when Aluko's deep set piece was headed across a crowded box by Holmes and Hylton turned the ball behind for a corner with Baldock lurking looking for a tap in.

Southwood saw off a couple of long range efforts and Veljko Paunovic handed Lynford Sackey his debut before throwing on Nahum Melvin-Lambert for the final five minutes.

Sackey did test Shea with a late drive that needed smothering, but there was no way back. Luton progress.


It's all change for the Carabao Cup and the visit of Luton Town this evening.


Our 2020-21 campaign began with a win against Colchester United in the Carabao Cup and that earned us the right to host Luton Town at the Madejski on Tuesday evening. 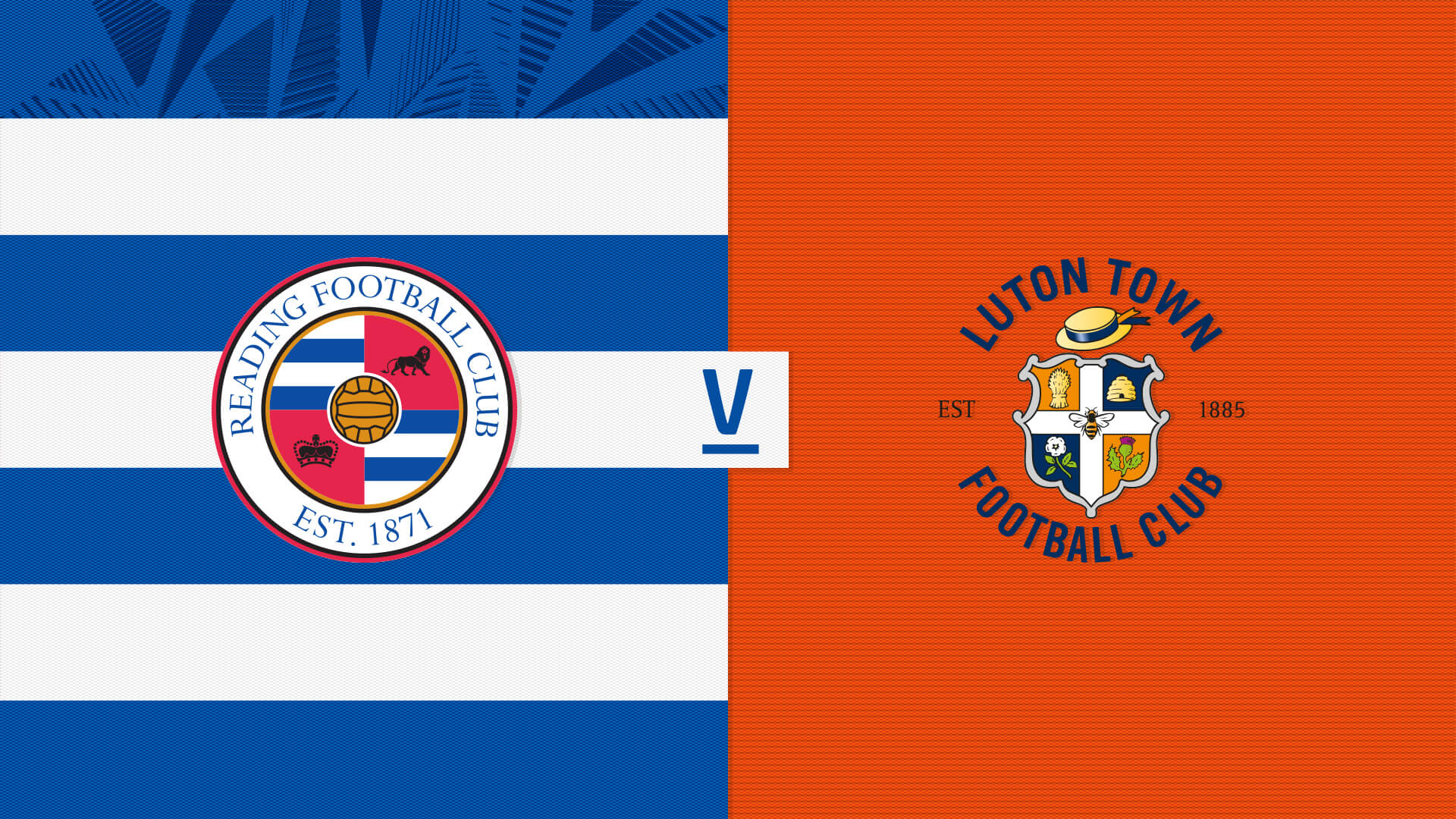 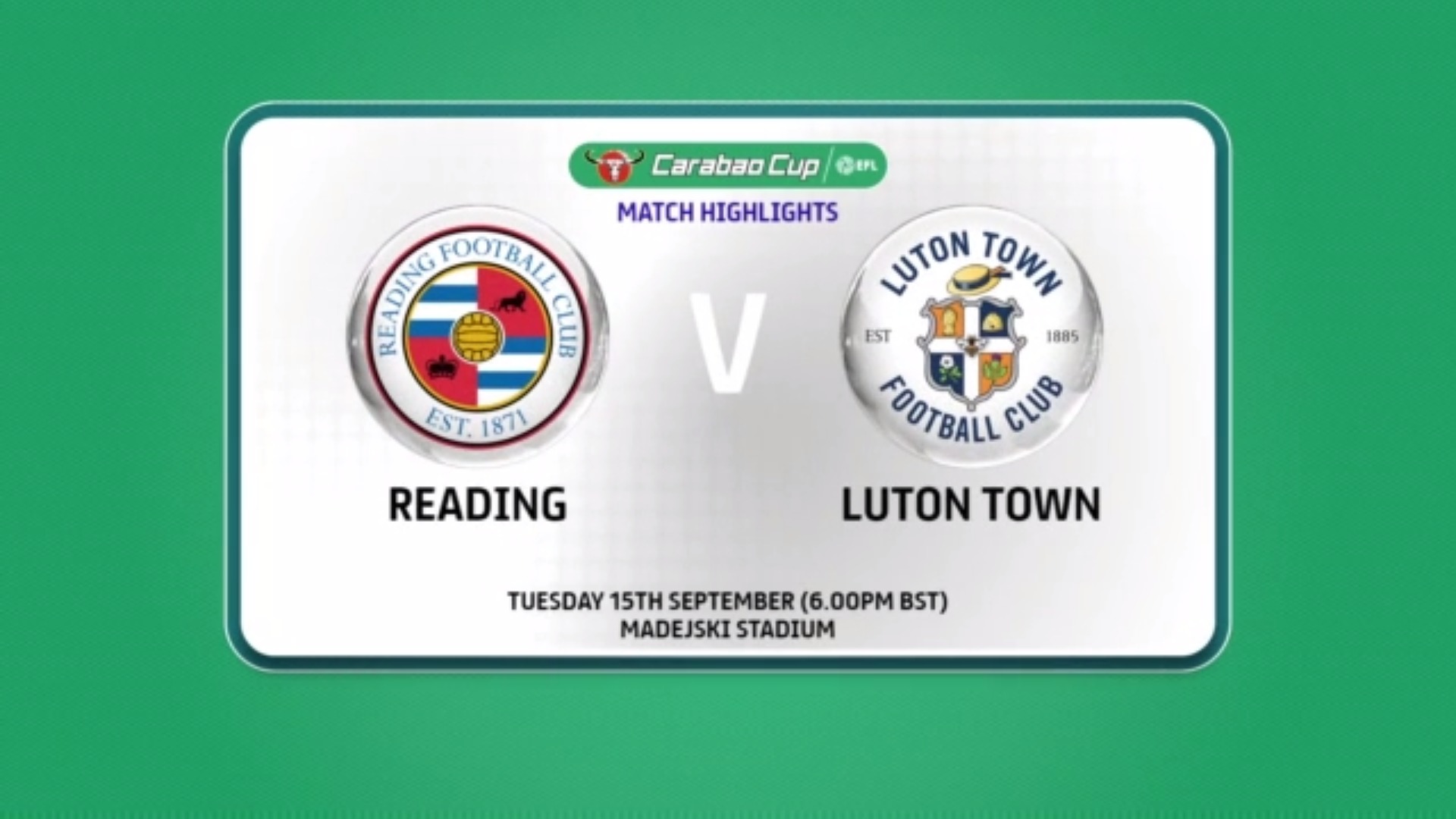 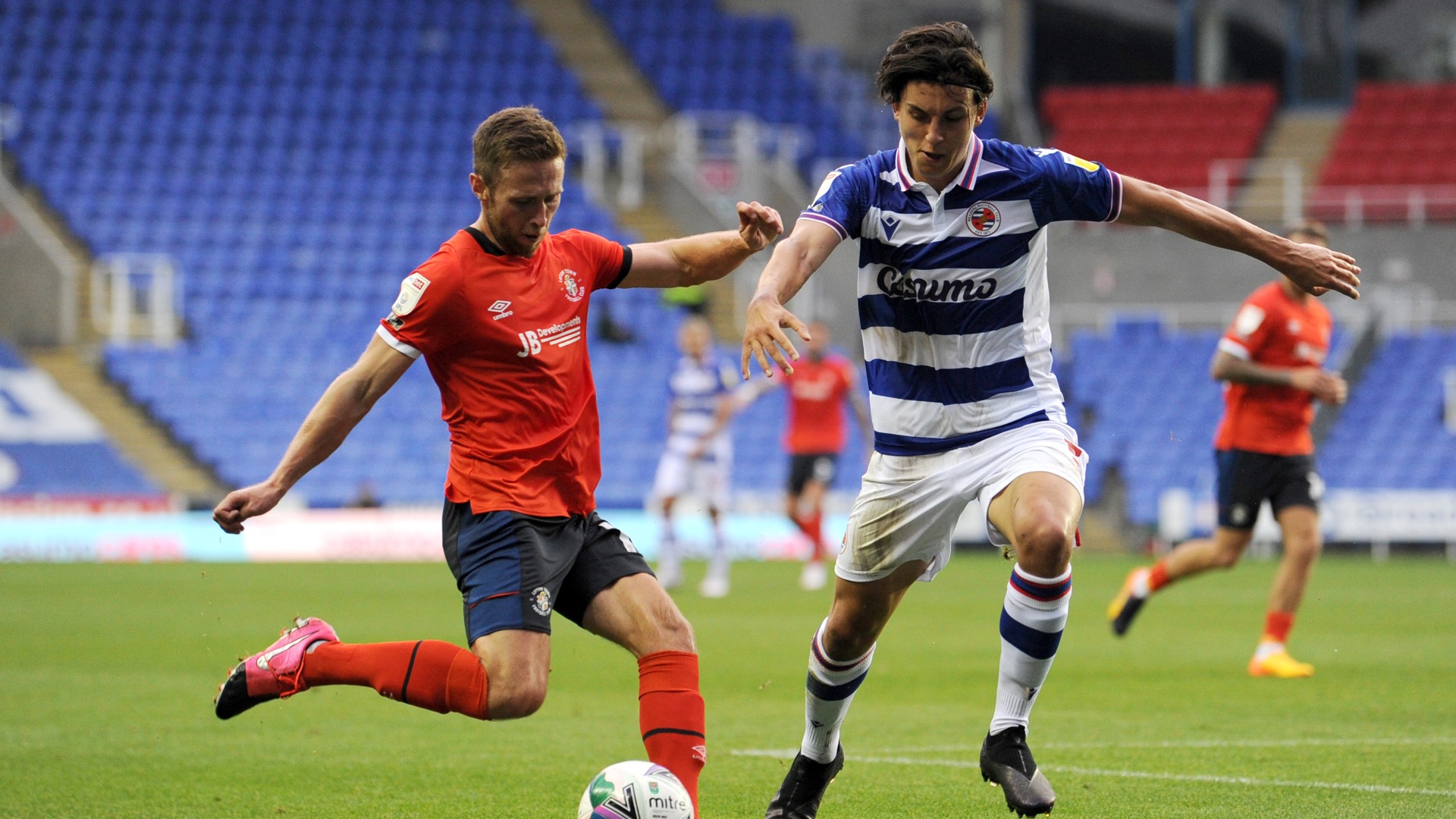