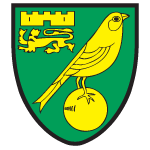 The Royals’ Under-18 side ran out 4-1 winners over visitors Norwich City at Hogwood on Saturday, overturning an early deficit to ultimately run out comfortable winners.

Thomas Scully had given the Canaries a lead after quarter of an hour, but Ethan Coleman and trialist Adam Liddle got the Royals in front before the break.

And then two goals after the interval by Moroyin Omolabi helped the Royals to three points in the Under-18 Premier League.

Under-18 manager David Dodds said: “We a had a balanced team out – Liam Driscoll was a really calming influence in goal for us, especially with a young back four out which included an Under-15 and an Under-16.  But it was a bit of a stronger team than we’ve named at some points recently.

“After the first 15 minutes, the game settled down and we had most of the possession.  We went 1-0 down early doors, but we reacted really well to that.  Ethan Coleman scored the equaliser after about half an hour, and then Adam Liddle scored a well-taken set-piece to go 2-1 up.

“I thought the movement was good, and the understanding between the midfield and forwards was decent.  Our wingers came inside to make space for our full-backs to get down the flanks too, and we did that well and got round the back.

“In the second half we went 3-1 up through Moroyin Omolabi, and that settled the lads down a bit more.  The patterns were good in the second half and we moved the ball around and got down the sides again.

“Then we finished the game off when Moroyin scored from outside the box; it crept through the goalkeeper’s legs but he scored a couple, which is good.

“It’s good to get three points and to get a few goals in the bag as well.”