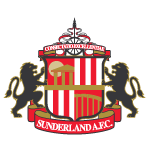 Femi Azeez netted his sixth Premier League 2 goal of the season, but it wasn't enough to prevent Reading U23s from falling to defeat in the North East, as Sunderland ran out 2-1 winners at the expense of Mehmet Ali's side.

Monday afternoon's defeat against the Black Cats made it four successive losses for the young Royals who have slipped out of play-off contention with two games remaining of their season.

Our hosts were ahead on Wearside after just four minutes, as their early pressure paid off. Dan Neil nodded home from a Josh Hawkes’ corner to claim the lead for the home side.

However just three minutes later, the Royals got back on level terms as Sunderland stopper Remi Matthews failed to keep out Azeez’s shot from distance.

Despite being on top for large parts of the opening forty-five, Reading fell behind again after 17 minutes as Hawkes curled an effort into the bottom corner from the edge of the area.

James Holden, who came in to start in place of Royals keeper Coniah Boyce-Clarke, made numerous second-half stops to keep the Black Cats at bay.

The Royals enjoyed large chunks of the possesion after the interval, but Matthews wasn't tested enough in the Sunderland net.

The outcome of Monday's trip to the North East saw the young Royals slip to 8th in the table, six points adrift of the top five.

Ali's side will be keen to break their losing streak, and their next chance to do so comes on Friday, when they welcome Wolves U23s to Bearwood Park for a 1pm kick-off.

They then travel to Wolves U23s a week later for the final game of their campaign.