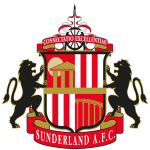 A pair of goals two minutes apart by Fara Williams and Rachel Furness gave Reading FC Women a 2-0 victory from their visit to Sunderland, maintaining their position in third in the FA WSL 1 table.

A largely uneventful opening to the game at Mariners Park saw the two teams probe without really creating anything clear-cut – and then with 25 played, Sunderland created the first notable opportunity as Keira Ramshaw fired over from a wide angle after some tenacious ball-winning by Lucy Staniforth.

But it was the Royals who grabbed the game’s first goal; Williams picked up possession and was allowed to slalom through the home side’s defence and slot beyond the reach of Rachael Laws, six minutes before the break.

The second goal followed in quick succession – and it was a stunning effort.  Furness, representing the Royals against her former side, chanced her arm from long range… a powerful, curling strike nestled into the top corner.  Simply unstoppable.  Celebrations were tempered against her hometown club, but Reading were in good stead.

An improved performance by the Black Cats after the break ultimately yielded no goals; Victoria Williams went closest, but dragged her shot wide of the far post.  Remi Allen could have extended the Royals’ lead, but she too was just off target.

The one blotch for Reading was the dismissal of goalkeeper Mary Earps in the final 15 minutes, for handling outside the area.  But an able deputy in Grace Moloney helped to see out the clean sheet and claim three more important points.

Next up for the Royals Women… a home tie against Liverpool at Madejski Stadium, on Saturday 12th May (2pm)!

Make sure you’re here for that one – click here for ticket information.