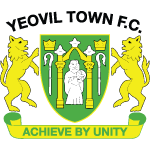 Reading FC Women climbed to an all-time high of third in the FA WSL1 table with a 4-0 demolition of hosts Yeovil Town on Friday evening.

After two abortive attempts at playing the fixture at Taunton Town – both previously called off because of adverse weather – the Royals finally faced the Glovers and took little time to race into the lead thanks to an early Remi Allen brace.

Twice within the opening 13 minutes, Allen was allowed space to head in – the first as she arrived unmarked to meet Fara Williams’ cross, and then meeting a corner in a packed box.

The Glovers didn’t surrender lightly though; Jessica Jones forced a smart stop from Reading goalie Mary Earps, and Annie Heatherson almost pounced on a defensive error – only to find Royals skipper Kirsty Pearce well placed to clear off the goal-line.

But any doubts about the result were settled around the hour-mark, when Rachel Furness added her name to the scoresheet – once again it was a set-piece situation as she headed in from a corner.

The Royals’ fourth, six minutes from time, was the pick of the bunch as Rachel Rowe cut in to arrow a stunning drive into the top corner – no chance for Yeovil goalkeeper Megan Walsh.

With five games remaining, it puts the Royals ahead of everyone else except Chelsea and Man City!