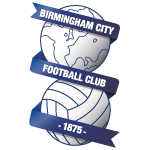 Kelly Chambers’ side will begin their Women’s FA Cup campaign this Sunday against Birmingham City Ladies at Adams Park – it’s a chance to make some more inroads in cup competition!

As well as an impressive showing to date in the FA WSL1 league, our girls also made it to the final four of the Continental Cup.

Lend your support, if you can, to the team as they embark on their latest cup run…

After a brilliant end to 2017, featuring wins against Millwall and Everton in the Continental Cup, it was an extremely tough start to 2018 facing league-leaders Manchester City, before hosting Arsenal back to back.

Nick Cushing’s City got the better of Reading on January 7th, before Joe Montemurro’s Arsenal knocked the Royals out of the Conti Cup by inflicting a heart-breaking 3-2 defeat in the semi-final, where Reading had led 2-1 before two late goals from the Gunners. Exactly a fortnight later we hosted Arsenal in the league, and a resilient performance earnt us a point in a goalless draw.

The Blues ended 2017 on a less positive note, losing each of their final three games, against Liverpool, Manchester City and Sunderland.

The last four meetings between the two sides, remarkably, have all ended in draws… however this will change on Sunday one way or another!  One side must proceed to the fifth round of the FA Cup, and if all is square after 90 minutes, the tie will go into extra-time and potentially penalties.

Sunday’s meeting is an intriguing tie as there is very little between the two sides, both currently in the league and in recent history.  Marc Skinner’s side are currently a respectable fifth in the league, one place higher than Reading who have one less point, but who also have a game in hand.

What the gaffer says

Progress in last years’ competition was halted by eventual winners Manchester City, who edged a 1-0 win at their academy stadium on 18th March 2017.

You can buy tickets to this game by clicking here!


Reading FC Women will host Birmingham City in the fourth round of this year’s SSE Women’s FA Cup on Sunday 4th February.

Reading Women have been knocked out of the Women's FA Cup, following a narrow 1-0 defeat against Birmingham City on Sunday afternoon.

Mary Earps, on her return to the side, made a smart save early on, diving down to her left to deny the visitors an opening goal.

Birmingham were causing problems down the left flank, with the pace of ex-Reading winger Emma Follis acting as a catalyst for their attacking play.

It was Follis who managed to get in behind and get to the byline 15 minutes in. However, her cut back was well read and dealt with by the experienced (and former Birmingham City defender) Jo Potter. It proved to be a vital interception from the Royals defender, with Ellen White lurking at the back post hoping for a tap in.

The hosts began to grow into the game and had a couple of half chances with efforts from Brooke Chaplen and Rachel Furness off target.

Despite that, it was Birmingham who broke the deadlock, working the ball into the area before a Marissa Ewers finished well; whipping a right-footed shot into the top left-hand corner.

The Royals made a decent start to the second half and Fara Williams twice came close to scoring, curling just wide from the edge of the area and forcing a smart save from Birmingham goalkeeper Ann-Katrin Berger at her near post.

Further chances for Remi Allen and Furness were to no avail, before Chaplen came agonisingly close to equalising with a low shot from the edge of the area, just inches away from creeping inside Berger's right-hand post.

With 20 minutes left to play, the crossbar denied Follis from adding a second for Birmingham, having cut inside from the left and taken aim from just outside the box.

With the Royals hoping to carve an opening by pushing bodies forward, they were hit by a swift Birmingham counter-attack with minutes left of normal time.

White managed to work some space on the left to put in a low delivery right across the face of goal which just evaded Charlie Wellings, hoping to meet it from inside the six-yard box.

The Royals can now focus their attention on pushing on in the WSL1, with a packed league schedule ahead.

Manager Kelly Chambers was left frustrated after the game, but hopes better times are around the corner in the league.

She reflected: "This result is disappointing for us. We lost the game in the first half. We aren't the sort of team that can turn up 45 minutes late for a game.

"Defensively, we've lost our aggressive side and our competitive side. We only showed that in the second 45 today."

Chambers is looking at the bigger picture, though, adding: "This season is about building a squad to compete with the top four right now.


Reading FC Women will host Birmingham City in the fourth round of this year’s SSE Women’s FA Cup on Sunday 4th February.