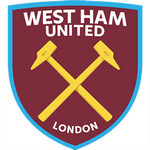 Reading FC Women are getting ready for their first Madejski Stadium match of the 2018-19 season – they will play host to West Ham United Women on Wednesday 20th February, kicking off at 7.30pm.

If you’re a Season Ticket holder for our men’s team, you can come along to this game – and all Reading FC Women fixtures – for absolutely free by bringing along your Season Ticket card.

One position divides the two teams in the Women’s Super League table. Kelly Chambers’ side sit sixth, two points clear of Matt Beard’s Hammers, but the Royals have a game in hand on Wednesday’s visitors and will be aiming to pull further away.

The Hammers are in their inaugural season in the top tier. A bright start to their league campaign has taken a bit of a hit in recent weeks, as three consecutive defeats to Arsenal, Man City and Liverpool has stunted their progress.

But wins in the SSE Women’s FA Cup in their two most recent outings – 3-1 against Blackburn, and then a whopping 8-1 win against Huddersfield on Sunday – means that they’ll be more confident of getting a result when they visit RG2.

Likewise for the Royals, though. A 2-1 win against Birmingham City on Sunday got Reading through to the FA Cup Quarter-Final, and that was just days after sticking 13 goals past Keynsham in the previous round.

It’s bound to be a tight affair between two competitive teams, so come along and support the girls in the blue and white hoops in midweek.

Entry to the stadium is through Gates 1 and 4. All seating is unreserved in the West Stand.

Goals either side of half-time by Alisha Lehmann were enough for West Ham Women to take all three points as they visited Madejski Stadium for a Women’s Super League clash on Wednesday evening.

Fara Williams gave Reading FC Women a lifeline midway through the second period, tucking in a penalty, but the Royals couldn’t quite complete the comeback as the Hammers leapfrogged Reading in the league standings.

Reading squandered a good chance for an early lead, as Lauren Bruton’s close-range effort from Williams’ cut back was kept out as goalkeeper Anna Moorhouse rushed off her line.

And then the goalkeeper denied Rachel Furness from converting a corner, after she arrived unmarked in the area.

So midway through the first period, West Ham took their opportunity to go in front as Korean midfielder Cho So-Hyun slotted in Swiss international Lehmann, who coolly placed past Grace Moloney.

The same combination linked up for the Hammers’ second goal, less than ten minutes after the break. A diagonal ball from Cho was controlled by striker Lehmann, who took the ball in her stride and rifled in low and hard.

It was game on when Rakel Hönnudóttir was brought down in the area by Moorhouse, allowing Williams to step up and fire in from the spot – the goalkeeper guessed correctly but was beaten by the power.

The turnaround didn’t quite come though; Bruton went closest to getting Reading level but some last-ditch defending in the six-yard box ensured that the visitors would take all three points back to London.