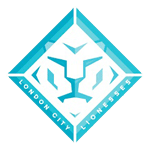 Five was the magic number as Reading opened their Women’s FA Cup campaign with a dominant 5-0 win over Championship side London City Lionesses at Princes Park to progress to the fifth round. First-half goals came from Fara Williams, Jo Potter and Maz Pacheco, and second-half efforts from Lisa-Marie Utland and a coolly taken penalty for Williams to secure her brace.

Reading came out aggressive and saw the majority of the early possession. Amalie Eikeland went through on goal within 1 minute, but Lucy Thomas got down early and collected the ball from her feet. Eikeland was put though on the left shortly after by Maz Pacheco and put a great ball into the box for Fara Williams, but it was just too high. The trio of chances was completed by Lisa-Marie Utland who found herself in front of goal, but with Lionesses defenders pressing, her shot was just over the bar.

Reading did break the deadlock on 13 minutes when Captain Natasha Harding took the ball down the left and played a simple ball into Williams, who placed the ball into the Lionesses net.

Utland came close to doubling the Royals lead moments later when she broke free and got a shot in from close range. Thomas was down early to make the save, the rebound came back to Utland, but her follow-up shot was wide.

Further chances came for Farrow, Utland and Eikeland, but the Royals lead was doubled on the half-hour mark when Jo Potter rose at the back post to get her head on a Williams corner. The ball hit the underside of the bar and crossed the line before it was cleared, as Reading went 2-0 up.

Reading continued to control the play as Chaplen’s header at the front post from an Eikeland cross went centimetres from getting her on the scoreboard.

The Royals had a total of 16 shots on goal in the first half, and the final 2 of those came in the 44th minute, when Williams’ side-footed shot from the edge of the area hit the bar and fell perfectly to Pacheco who smashed the ball home for Reading’s third and her first ever for the Royals.

Reading enjoyed a slower but equally dominant start to the second-half as they knocked the ball about between them in the middle of the park. Their patience paid off just before the hour mark when some nice link-up play between Eikeland and Williams saw the latter play a fast ball into the box, where Utland was waiting to receive it and tapped in from close range to make it 4.

Kristine Leine was deemed to have committed a foul in the Lionesses box and referee Amy Fearn pointed to the spot. Feda Ayisi stepped up to take the spot-kick, but her effort was wide of the Reading goal. The home side had another chance moments later, but again the ball was wide of the mark.

The referee pointed to the penalty spot minutes later, this time at the other end of the field after Eikeland was brought down. Williams stepped up and converted the spot-kick, placing it low and hard to Thomas’ right. The Lionesses keeper got a hand to the ball, but the shot was too powerful and Reading hit the back of the home side's net for the 5th time.

Academy standout Sophie Quirk made her first team debut, coming on the field to replace Eikeland with 10 minutes of the game remaining. It was almost the dream debut, as she had a thunderous shot on goal saved by Thomas, mere moments after coming onto the field.

Reading saw the rest of the game out in control, continuing to search for another goal, but having to ultimately settle for 5, as they progress to Round 5 of the competition.