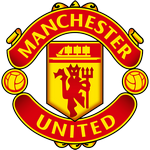 After a fortnight’s break, Reading FC Women are back in action in the FA Barclays Women’s Super League on Sunday as they travel to Leigh Sports Village to take on Manchester United for a televised 12.30pm kick-off.

Reading were last in action on 23rd of January when they experienced a frustrating afternoon at Banks’s Stadium in arctic conditions against Aston Villa.

Reading went ahead after just 3 minutes through Angharad James and controlled the vast majority of the first-half, but were not able to score again despite constant attempts at the Villa goal. The home-side pulled level through a craftily worked free-kick on the 55th minute, before Rachel Rowe put the Royals back in front just two minutes later. The snow began falling in earnest and Chambers’ side looked to have everything sewn up and their first win of 2021 in the bag, until substitute Diana Silva poked home an equaliser for Villa on the 90th minute.

Draw number six of the season for Kelly Chambers’ side, leaves them in 6th place in the FA Barclays Women’s Super League table heading into Sunday’s clash with Manchester United.

Since their narrow 2-1 victory at The Madejski eight weeks ago, Casey Stoney’s side have played a further four WSL fixtures. Firstly, they recorded a convincing 6-1 home victory over Bristol City with Leah Galton and Tobin Heath both netting twice. When fixtures resumed though after the Christmas break they faced much tougher opposition with an away trip to Chelsea. As expected, it was a tight and closely fought encounter – Pernille Harder gave the Blues a first-half lead but it looked promising for United when Lauren James equalised with her first WSL goal of the campaign. It was not to be, however, with Fran Kirby restoring the home team’s advantage and the Londoners holding on for three vital points, inflicting United’s first league defeat of the season in the process.

Goals from Galton and Ella Toone then secured a 2-0 home victory for United over Birmingham City, before last weekend saw them win 2-0 again, this time at Everton courtesy of goals from Toone and Christen Press. The result left United second in the table behind Chelsea only on goal difference. Emma Hayes’ Chelsea side do have a game in hand, however. United’s 32 league goals have come from 12 different players, with Toone and Galton leading the pack with six apiece, followed by Heath with 4.

Having invested heavily pre-season in the likes of America duo Tobin Heath and Christen Press, and with Lucy Staniforth, Alessia Russo and Spanish defender Ona Batlle moving to Manchester, there was comparatively little activity concerning United in the January transfer window. However, defender Maria Thorisdottir did sign from Chelsea on an initial two-and-a-half-year contract. The 27-year-old has some 46 Norwegian caps. Meanwhile, outgoing movement sees 28-year-old England defender Abbie McManus has been loaned out to Tottenham for the remainder of the season.

Sunday’s visit will be the Royals’ third to this venue. Last season United won the Women’s Super League encounter 2-0. Although Reading enjoyed plenty of possession they were punished by goals from Kirsty Hanson and Jess Sigsworth. Though the Royals have much happier memories of their visit in late August 2018. The group match in the Continental Tyres Cup was a historic day for United; being their first home game since relaunching. The crowd was a massive 4,835 that became a record for the competition. United’s hopes were high as they had won 1-0 at WSL side Liverpool the previous weekend. The Royals too were in good form having beaten Durham Wildcats 4-1 in their opening fixture. United had the better of the first half with Kirsty Hanson hitting the bar twice in a goalmouth scramble. It was Reading though who took the lead 11 minutes into the second half when Brooke Chaplen pounced on a loose ball after United goalkeeper Siobhan Chamberlain had parried a shot from Gemma Davison. Reading, despite being reduced to 10 players when Molly Bartrip was shown a second yellow card, added a second through Davison in stoppage time for a fantastic 2-0 victory for Kelly Chambers’ side.

Manchester United Women v Reading FC Women will be live on the BBC Red Button, BBC iPlayer and BBC Sport website from 12.20pm, as well as the FA Player.

Reading FC Women had quite the afternoon at Leigh Sports Village, as they became the first side to defeat Manchester United there in aver a year, with a 2-0 victory in the Women’s Super League.

Two second-half goals within three minutes of each other from skipper Natasha Harding and Danielle Carter helped the Royals to capitalise on a fantastic performance and walk away from Manchester with three important points and a cleansheet.

Both sides had early attacking chances as Christen Press got onto the end of an attack from the home-side, but her shot was easily dealt with by Grace Moloney.

It was Reading’s turn next, as Emma Mitchell provided a deep cross from the right, into Rachel Rowe who was waiting at the back-post. Rowe’s looping header evaded the United defence and crossed the goalmouth, but there were no blue and red shirts to convert for the opener.

Reading had a second chance, this time from a cross coming in from the left, as Amalie Eikeland found herself in front of goal, but her shot was scuffed and trickled just wide of the United post.

The pendulum swung the other way minutes later as Ella Toone got a clever shot in on the Reading goal that looked like it might have crept in, but Moloney read the situation perfectly, collecting the ball. Seconds later, Reading were on the attack and Danielle Carter almost managed to slot the ball beyond United keeper and former Royal Mary Earps at the other end.

Reading began the second-half confidently; knocking the ball around the middle of the park withj ease, looking for opportunities to break forward.

Jess Fishlock had a couple of attempts on the United goal early on in the half; her first shot was always rising and ended up in the stands, but her second a few minutes later most definitely dipped and went mere inches above the United bar.

Whereas in previous games Reading hadn’t capitalised on spells of dominance and possession, this was not to be one of those times. Angharad James’ great effort on goal was tipped over by Earps. The resulting corner was swung in, a scramble ensued and Skipper Natasha Harding was there to nod in for the opening goal.

Less than three-minutes later, Mitchell swung a free-kick into the box from the left, which was met by Danielle Carter whose glancing header beat Earps and went in to put Reading 2-0 up.

It must have seemed like a long twenty-minutes for Reading following Carter’s goal, but they continued to maintain composure and press United when and where they could.

Grace Moloney pulled off some exceptional saves to keep the Royals in the game, and – after six-minutes of additional time at the end – Reading walked away with the three points, two goals and a clean sheet.