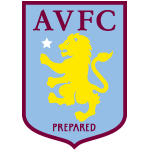 The Royals are coming off the back of a fantastic performance at Madejski last weekend that saw them draw 1-1 with title contenders Arsenal.

The Royals went ahead after just 4 minutes courtesy of a coolly taken goal from Lauren Bruton, before having a long spell in control, where they pressed and pressured Arsenal relentlessly. The Gunners managed to pull a goal back just before half-time through the league’s top scorer Vivianne Miedema, but Reading saw out the remainder of the contest very much Arsenal’s equal, to secure a well-deserved point.

Kelly Chambers’ Royals will be looking to keep the momentum going when they take on the WSL’s newest addition Aston Villa, who were most recently on the wrong end of a 7-0 scoreline away to Manchester City last weekend.

Current form sees the Royals in 6th place in the WSL, 3 points behind Everton in 5th but having played 2 additional games. Villa sit in 11th place but have only played 9 fixtures; gaining 6 points thus far.

In Villa’s opening fixture at home to Manchester City earlier in the season, defensive fragilities cost Gemma Davies’ side, as they went down 2-0 at home. That continued with a 3-1 defeat to the Royals at the Madejski followed by a disappointing 6-0 home defeat at the hands of then in-form Everton. Since then, however, they have won twice on their travels; a 2-0 victory at Brighton & Hove Albion followed by a convincing 4-0 win at Bristol City. The 7-0 defeat against Manchester City meant that Villa are yet to take a point from seven games against the current top-eight.

Villa found life in the group stages of the FA Women's Continental League Cup easier when they competed against Championship sides Sheffield United, Coventry United and Durham Ladies. Villa topped the group, their form including a 9-0 away success at Coventry. Hopes were high when the quarter final draw pitted them against Bristol City, a side they had beaten convincingly in the WSL. However, it was not to be with Villa losing 2-1 on the night.

Gemma Davies will be hoping that the recent signing of Japan captain Mana Iwabuchi will boost the side’s goal scoring record. The 27-year-old Japan skipper has scored 29 times in 72 appearances for her country and was a World Cup winner in 2011. There are other internationals in the Villa squadtoo; Goalkeeper Lisa Weiß joined from Olympique Lyonnais last July and has 4 caps for Germany. Meanwhile, Centre Back Anita Asante has 70 caps for the Lionesses. Forward Stine Larsen has 48 caps for Denmark scoring 14 goals. Another forward, Diana Silva has made 58 appearances for her native Portugal with 13 goals. Reading fans will remember midfielder/winger Emma Follis who netted 19 goals in 39 appearances for the Royals. Emma, a former England U23 international, re-joined Villa after a spell with Birmingham City. She is one of several former Blues players who have made the short move to Villa, others being captain Marisa Ewers, midfielder Chloe Arthur, and forward Shania Hayles.

The two sides met at the Madejski in the aforementioned clash on the second weekend of the current season. It was an important game as both sides were looking to bounce back after losing their first match of the season. It was Reading who were successful when a commanding first half performance resulted in a 3-1 home victory. They opened the scoring when Amalie Eikeland swept home after a scything through-ball from Fara Williams. Villa grew into the game and Chloe Arthur went close to an equaliser, but her well-struck shot flashed past Grace Moloney's post. Two quickfire goals just before the break through Lauren Bruton and Williams' 'Panenka'-style penalty put Kelly Chambers’ side firmly in the driving seat. Villa struggled to create any chances in the opening stages of the second half and Reading almost made it 4-0 on 65 minutes when Eikeland’s effort looped over the bar. Stine Larsen's late penalty strike was a consolation for Villa, who returned home still looking for their first points of the season.

Reading FC Women battled in a blizzard against a plucky Aston Villa side, managing to only walk away with a point in a 2-2 draw, despite dominating the play and going ahead twice.

A first-half goal from Angharad James and a second-half strike from Rachel Rowe couldn’t put Villa away, who pulled level twice, earning a point at Banks’s Stadium

Like the previous week against Arsenal, Reading were off the mark early. Amalie Eikeland put a low cross into the box for Captain Natasha Harding, but the ball didn’t quite make it to her and eventually trickled out for a corner to the Royals. The corner kick came to Jess Fishlock outside the area who unleased a stinging shot which was beat away by Villa keeper Lisa Weiss, but the ball fell perfectly for Angharad James, who was in the right place at the right time and nodded into the home-side’s net to open the scoring.

Reading continued to press while the momentum was on their side and won another couple of corners in quick succession. One of the, once again, came out to a Reading player on the edge of the box – this time Emma Mitchell – who fired off a stinging shot of her own that had Weiss at full-stretch to punch the ball over.

The Royals continued to knock the ball around comfortably, forcing corner after corner as they looked to capitalise on the momentum and double their lead.

Lauren Bruton took a knock and was replaced by Danielle Carter on the half-hour mark and the former Arsenal striker was instantly in the mix as Reading constantly created opportunities, breaking into the Villa box and trying their luck from outside of it.

The home-side had an opportunity to level the score through Stine Larsen late in the first-half, but Reading went into the break with a slim lead that should have certainly been more.

Reading began the second-half in the same way they’d started the first. Carter and Eikeland linked up nicely on a couple of occasions as they broke into the Villa box; the first producing an opportunity for James to strike the ball from range, forcing a save from Weiss and the second almost providing a goal for Rachel Rowe at the back post as she slid to meet the ball, mere inches away.

Villa won a free-kick in a dangerous position just outside the Reading area and Natalie Haigh sent a clever, low ball into the box which evaded the Reading defence and was met by Mana Iwuabuchi who turned the ball into the back of the net to level the score.

The Royals answered within one minute, when Rachel Rowe made a run into the Villa box, received the ball and took a touch before slotting home confidently to give Reading the lead once again, as it seemed order was restored.

The snow began falling in earnest as the game approached the final 25-minutes, but Reading maintained control in the near-arctic conditions.

The game got scrappier as both team dealt with frustrations and the extreme weather; Villa kept battling until the very end looking to get something out of the game, which is exactly what they did. In the 90th minute they attacked down the left-hand side through Iwabuchi who laid the ball off to substitute Diana Silva who poked home the equaliser to salvage a point for Villa.