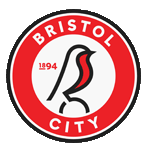 Reading FC Women are back in action following the international break, as they travel to take on Bristol City for a Monday evening kick-off under the lights at Ashton Gate.

The league clash against the Robins will be the first time Kelly Chambers’ side has seen action since their 1-1 draw against Everton at Madejski Stadium on February 14th.

In a clichéd assessment of the match against Everton last time out, it really was a game of two halves, as the Royals dominated the first frame but were only able to net once courtesy of Rachel Rowe. Everton then went onto control the majority of the second-half, with a late goal from Nicoline Sorensen levelling the score.

The match did mark a four game unbeaten streak for Reading that also includes draws against Arsenal and Aston Villa, as well as a victory away at Manchester United.

The fantastic run of form in an unbeaten February has earned manager Kelly Chambers a nomination for Barclays FA Women’s Super League Manager of the Month. This will be an award Chambers will be hoping to pick up alongside Captain Natasha Harding, who sees herself nominated for Player of the Month.

The recent run of form sees Reading sitting in 6th place, just three points behind Everton, however the toffees have a game in hand.

When the Robins played at the Madejski in early December they were bottom of the table with just one solitary point from their first six league fixtures. They remain rooted to the foot of the table and, in their seven league fixtures since their 1-1 draw with the Royals, have picked up just four more points. Their first league victory of the campaign came in a 3-0 home win over Brighton & Hove Albion and then the side came away from West Ham with a point from a 1-1 draw. Unfortunately for the Robins, the heavy defeats have continued, losing 6-1 at Manchester United and 5-0 at home to Chelsea. They lost at home by a 4-0 score-line to both Aston Villa and West Ham, and lost by the same score line at Everton. Their goals conceded column now stands at 55 from 14 league games, scoring 10 times themselves, with leading scorer Ebony Salmon bagging 5 of those.

The Continental Cup, however, has been a different story for Monday’s opponents. Having topped their group, two goals from Salmon gave them a 2-1 home win in the Quarter Final over Aston Villa. With home advantage in the Semi-Final, they overcame Championship outfit Leicester City 1-0 to secure a place in next weekend’s final, where they will play Chelsea at Watford FC.

The Robins’ squad details – an update

The main personnel change at City since their 1-1 draw at The Madejski in early December is that Manager Tanya Oxtoby has handed over the reins on a temporary basis whilst she is on maternity leave. Former West Ham United, Liverpool and Chelsea manager Matt Beard has taken over proceedings as Head Coach. On the playing front, attacking midfielder Molly Pike has arrived in the West Country on loan for the remainder of the 2020-21 campaign. The 20-year-old joined from fellow WSL outfit Everton Women where she made 17 first team league appearances in her first 18 months with the Toffees. Another loan signing – but one that won’t feature on Monday – is Kiera Skeels, Reading’s 20-year-old centre-back. Kiera made an instant impact at City, netting the only goal against Leicester City that secured the Robins’ place in next weekend’s Continental Cup final. One recent departure has been Australian Chloe Logarzo who has joined the newly formed NSWL outfit Kansas City. Logarzo netted four league and cup goals during her spell at Bristol.

A Previous away fixture revisited

The Robins finished runners-up in WSL2 in 2016, and their first topflight meeting with the Royals took place at Stoke Gifford Stadium on October 28th, 2017. Kelly Chambers’ side turned on the class and returned home with a convincing 5-0 victory. It took the visitors just three minutes to go ahead, Fara Williams capitalising on a mix-up in the City defence to rifle home a shot via the underside of the crossbar. Rachel Rowe made it 2-0 on 17 minutes, scoring with a powerful shot which went under keeper Sophie Baggaley and in off the post. Goal number three came shortly afterwards when Williams turned provider, setting up Remi Allen to side-foot home from close range. It could have got worse for City but Brooke Chaplen’s penalty, awarded after a foul on Allen by Frankie Brown, hit the crossbar. The pattern continued in the second half and goal number 4 arrived in the 69th minute when Jade Moore netted with a crisp half-volley from 20 yards. It was not all one-way traffic though, and Mary Earps made some good saves to keep City at bay. The scoring was completed 12 minutes from time, Rowe completing her double when her ferocious low angled drive flew past Baggaley into the far corner.

Reading FC Women were beaten for the first time since the inaugural game of the year, in an exciting back-and-forth affair that saw them take the lead, go behind, draw level and eventually lose 3-2 to a gutsy Bristol City.

The match began slowly for Reading, perhaps the lack of game-time over the previous weeks being an attributing factor, but they soon settled into their rhythm and began doing what they do best and pressing in the middle of the park.

A break from the Royals just before the quarter of an hour mark lead to a scramble in front of the Bristol City goal as skipper Natasha Harding tried to turn the ball in. It eventually fell to Emma Harries who tapped in to open her account for the Royals.

Danielle Carter came close a minute after Harries’ opener as Reading didn’t want to take their foot off the gas, but she was denied by Sophie Baggaley.

Reading continued to push the home-side as they looked to double their lead, but it was the Robbins who hit the back of the net next, as Charlie Wellings was put through the middle after Reading gave the ball away, and slotted away neatly under Grace Moloney to level the score against the run of play on 25 minutes.

The visiting side didn’t give up and continued to outwork Bristol, forging chances through Harding and goal-scorer Harries. Both players were provided for by Rachel Rowe who fired crosses into them, but both efforts were high.

Reading were intense and relentless at the beginning of the second-half, looking to right the wrongs of the first frame. Rowe went close on two occasions on the left; both of her shots deflected by the Bristol defence.

Bristol remained defiant and had their own spell of attacking pressure, forcing a handful of corners. Eventually, their hunger to get out of the relegation zone paid off as Jemma Purfield picked a spot from the edge of the box following one of the aforementioned corners, and sent the ball over Moloney and into the back of the net to put the Robins ahead.

Naturally, Reading were forced to throw everything at the game to get something out of it. Williams received the ball around the halfway line and pumped a beautiful ball through the middle to Rowe, who latched onto it, took a touch and unleashed a thunderbolt of strike that rippled the Bristol net and put Reading level.

The pendulum swung the other way once again minutes later when Ebony Salmon met an inch perfect diagonal ball from substitute Abi Harrison, took a touch and slotted home to give Bristol a huge win that took them out of the relegation zone.

In the dying moments, goalscorer Rowe, who had a fantastic game, was shown a second yellow card and sent off with mere seconds of the game left.