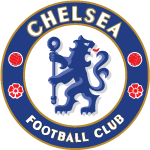 Reading FC Women will travel to Kingsmeadow on Sunday with more than their own fate in their hands, as they take on a Chelsea side that can win the WSL title with the right result against the Royals.

Reading will be looking to continue the momentum of a 3-2 win against Brighton & Hove Albion last weekend at Madejski Stadium; a victory that lifted the Royals above the Seagulls in the league table into 6th place.

Kelly Chambers and Hope Powell’s sides are on level points, with Reading boasting a much better goal difference. Brighton take on bottom of the league Bristol City on Sunday, in a must-win affair for the Robins.

At the other end of the table, Reading’s opponents on Sunday Chelsea sit in pole position in the league, just two points ahead of Manchester City in second, with a very similar goal difference. An away win for Reading would mean that a City victory away to West Ham would win them the league. Also, if Reading were to secure a draw at Kingsmeadow and City were able to win by four or more goals, that too would win City the championship.

With so many variables and outcomes impacting the title and relegation, the final day of the Barclays FA Women’s Super League season will be one not to miss.

Chelsea’ comfortable 2-0 win at Tottenham on Wednesday evening restored Emma Hayes’ side to the top of the WSL table. The Londoners have won 17 of their 21 league fixtures this season. There has been just one defeat – a surprising 2-1 home defeat to Brighton & Hove Albion. The three draws have all come away from home against top four sides; Manchester Utd, Arsenal and Manchester City. Their 64 WSL goals scored have come from 12 different players. Sam Kerr, captain of the Australian national side leads the way with 20, followed by England international and former Reading player Fran Kirby with 14, and then Danish international and former Wolfsburg player Pernille Harder who has 9. Just 10 WSL goals have been conceded, the best defensive record in the league.

Chelsea’s quest for the quadruple

Chelsea have already won one major cup competition this season by beating Bristol City 6-0 in the Continental League Cup Final. Turning to the FA Cup competition, a much-changed Chelsea side comfortably disposed of London City Lionesses 5-0 in the fourth-round and the club now have a home tie against Everton to look forward to.

In the Champions League, Emma Hayes’ team have been in formidable form and have the huge distinction of becoming the first English side since Arsenal in 2007 to reach a European final. After signalling their intentions with an 8-0 aggregate victory over Benfica, in the last-16, the Blues overcame Atletico Madrid 3-1 on aggregate. Both legs of their quarter-final tie with VfL Wolfsburg Ladies were played in Budapest, and Chelsea won both games with a 5-1 aggregate. In the semi-final Bayern Munich had a 2-1 advantage after the first leg, but Chelsea replied with a 4-1 success at Kingsmeadow last Sunday. Their reward is a trip to Gothenburg to take on Barcelona in the final on Sunday, May 16th. Fran Kirby has had a particularly successful European campaign with 6 goals so far.

Some previous visits to Kingsmeadow revisited

The Royals had success at this venue last season when after a 1-1 draw their nerves held out to win a penalty shoot-out 4-2. This ensured the team’s qualification for the group stages of the Continental Cup. Our best result at Kingsmeadow in WSL encounters came in 2017-18 season when Chelsea went on to win the title by a six-point margin. Earlier in the season the sides had drawn 2-2 at Adams Park, the Royals goals coming from Remi Allen and a stoppage time own goal from Magdalena Eriksson. That day Reading had become the first team to score against and take points off Chelsea in the WSL that season.

In the return at Kingsmeadow in late March the points were again shared. In a very open fixture, the Royals went ahead in the 25th minute. Jade Moore was upended in the box and Brooke Chaplen coolly sent Carly Telford the wrong way from the resulting penalty. Two minutes into the second period the Royals went 2-0 ahead when Fara Williams curled a shot past the diving Telford. Just four minutes later though it was game on when Jonna Anderson converted from close range. Desperate to preserve their unbeaten run in the league, Chelsea upped the tempo and their pressure paid off 13 minutes from time when Fran Kirby calmly put the ball past the diving Mary Earps to level it up at 2-2. The Reading keeper then produced a brilliant save to deny Drew Spence late on. The Royals held on to return home with a valuable point as they went on to finish in a commendable 4th place in the topflight.

Reading FC Women were on the wrong end of a 5-0 scoreline as they were bested by an outstanding Chelsea side that won the Barclays FA Women’s Super League title with the victory at Kingsmeadow on the last day of the season.

It wasn’t the fairy-tale ending to the legendary career of Fara Williams or a great way to sign off for Angharad James, but Chelsea – who have been outstanding all season – retained their championship in stunning fashion, seven days before they take on Barcelona in the Champions League final.

It was the perfect start for the defending champions, as they won a corner with just a minute gone. The delivery came in from Jess Carter and was met by Melanie Leupolz, whose first-time strike hit the back of the Royals’ net.

Reading managed to get a foothold in the game as they settled and began to knock the ball around. Emma Harries chased onto a long ball with astonishing pace and forced Chelsea’s Millie Bright ot clear behind her own goal for a Reading corner.

The Royals enjoyed another spell of possession as Natasha Harding and Rachel Rowe troed to get strikers Danielle Carter and Harries in on goal, but Chelsea moved back into the driving seat around the quarter-hour mark and the game stayed in the Royals’ territory for most of the first frame.

Reading had a chance towards the end of the first half as Angharad James – on her final game for Reading before she leaves for North Carolina Courage – squared the ball across the Chelsea box for Carter, but the striker’s shot was blocked.

However, it was the home side who had the final say in the first half, as the formidable partnership of Sam Kerr and Fran Kirby striking again. Kirby collected, played a one-two with Kerr, who laid off perfectly for the former Royal, who strike home with authority to double Chelsea’s lead.

Brooke Chaplen replaced Harries at half-time and Reading changed shape as they looked to be more aggressive from the get-go. James had a shot on goal deflected behind for a corner with less than five minutes of the half gone. The resulting corner made its way out to Williams, whose long-range shot was scooped up by Chelsea ‘keeper Ann-Katrin Berger.

Harding made her presence felt as she ran at the Chelsea defence several times down the right, causing them problems.

Substitute Chaplen had Reading’s best chance as she got into a great position in front of goal, but her shot took a deflection.

The ball went directly down the other end and it was the Kerr-Kirby partnership again, as the former set up the latter to get her second of the game and Chelsea’s third, as the Blues inched ever closer to that WSL title.

Kerr got her goal with 20 minutes to go, assisted by – you guessed it – Kirby, who scooped the ball forward to her to tuck away neatly.

The celebrations at Kingsmeadow weren’t over yet, as Erin Cuthbert got her name on the scoresheet, rising to head the ball down after Moloney denied Kerr. The goalie got down and covered the ball, but it had crossed the line.

Chelsea saw out the rest of the match in controla dn the celebrations erupted on the final whistle.