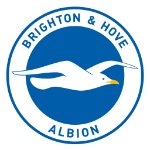 Reading FC Women will host Brighton & Hove Albion this Sunday at Madejski Stadium in what will be their final home match of the 2020-21 season.

The Royals will be looking for their first win since their monumental away victory against Manchester United in February, where they became the first side to defeat United at home in over a year.

Reading currently sit in 7th place in the Barclays FA Women’s Super League, just three points behind Brighton in 6th, meaning that a win for the Royals would take them above Albion with a significantly better goal difference.

Having finished in 9th place in 2018-19 – their inaugural season in the WSL – and in the same place in 2019-20, Hope Powell’s side look set for their highest ever WSL finish being currently in 6th place with just two fixtures remaining. It has been a great improvement for the side, who have won five of their last seven, the same number of victories as they managed across their previous 29 WSL matches. The pick of their 7 league victories this season to date was undoubtedly their 2-1 away success at quadruple chasing Chelsea. Another notable victory was their 1-0 home win over Manchester United early in April.

There has been the odd less-than-positive result such as the 5-0 home defeat at the hands of Everton that came after the Seagulls had notched up 4 consecutive league wins. Albion’s interest in this season’s FA Cup is still alive as they beat Bristol City 1-0 in the fourth-round, and have a home tie with Huddersfield Town to look forward to on May 16th. Hope Powell’s team have netted 16 goals from their 20 league fixtures this season, with leading scorer being Dutch International Inessa Kaagman with 7 league goals including four from the penalty spot.

The Albion squad – an update

The Brighton squad for Sunday’s fixture will likely show very few changes from the team that faced the Royals last December. One new arrival however is Finland international Emma Koivisto who joined in early February on an 18-month contract from Swedish side Gothenburg FC. The 26-year-old defender is an international teammate of Albion midfielder Nora Heroum and has 58 senior caps, with 2 goals, for her country. Also, likely to feature is defender Bethan Roe who has been recalled from her loan spell at Charlton Athletic. Meanwhile, Kirsty Barton has been loaned out to Crystal Palace, and fellow midfielder Denise O’Sullivan has ended her own loan spell at Albion and returned to North Carolina Courage.

A look back at previous meetings

Reading can boast an impressive record against the South coast side. In the five meetings between the clubs since Brighton’s promotion to the WSL in 2018, the Royals have claimed four victories with the other fixture being drawn. In the 2018-19 season, the Royals completed the league double, winning 4-1 at Albion’s Broadfield Stadium and then 1-0 at home. The Royals’ goals came from Brooke Chaplen, Fara Williams, Gemma Davison and an own goal in the away fixture, with Rachel Furness’ goal separating the sides in the return.

Due to the pandemic, just one meeting took place last season. This was at the Broadfield Stadium in late November and ended an entertaining 2-2 draw. Fara Williams gave the Royals an early advantage but before the interval the hosts had turned this round through goals from Aileen Whelan and Ini Umotong. The Royals pressed hard in the second half and were finally rewarded in the 4th minute of added time when Remi Allen netted to make the final score 2-2.

Turning to the current campaign, the sides first met in a Continental Cup group fixture at Crawley back in November. Kelly Chambers’ side returned with a 2-0 victory after an excellent all-round team performance with goals from Natasha Harding and Amalie Eikeland. Just four and a half weeks later, the Royals returned to the same venue this time for a WSL meeting. Again, the side performed well, the highlight being a brace from Jess Fishlock, her only goals in Reading colours. The Welsh international scored twice in the first period with the hosts replying through a penalty from Inessa Kaagman. Rachel Rowe’s stoppage time goal at the end of the second half secured an excellent 3-1 away victory for the Royals.

Following the announcement at the beginning of this week that she will be retiring from football at the end of this season, Fara Williams will be stepping out at the Madejski for the very final time on Sunday.

With a legendary career that began at her childhood club Chelsea, it is incredibly fitting that her final game for the Royals will be next week’s last game of the season against the Blues at Kingsmeadow, but her final home match as a Royal this Sunday will also be a momentous moment, and you can watch all the action LIVE on the FA Player.

Reading FC Women were on the right side of a five-goal score-line at home to Brighton & Hove Albion, as the battle for a sixth place finish in the league heats up thanks to a 3-2 win.

An astonishing first-half finish for Brighton saw Reading’s 2 goal lead thanks to Fara Williams and Danielle Carter reduced to nothing, as Geum-Min Lee scored twice in less than two minutes to see both teams go into the break level. But a second-half strike from Natasha Harding ensured Reading walked out of their final home match of the 2020-21 campaign victorious.

Reading showed an early aggression, confidently knocking the ball around in the final third, looking for openings. Fara Williams – who wore the captain’s armband for The Royals as she took to the field for her final home game before her retirement at the end of the season – linked up nicely with top scorer Rachel Rowe, as they tried to get the forward pairing of Emma Harries and Danielle Carter through on goal.

Bethan Roberts utilised the left wing, making herself busy as she pushed forward, as did Angharad James through the middle. Reading remained largely in control with fluid, sharp passing and link-up play, with Brighton breaking towards the Royals’ goal sporadically.

The visiting side came closest with a free-kick routine that saw Aileen Wheelan rise to meet a curling ball, but her header was high and went over Grace Moloney’s bar.

Reading were awarded a penalty after yet another nicely worked piece of movement into the box between Rowe and Kristine Leine, when Harries was brought down. Up stepped the player of the moment Williams, who coolly chipped the ball into the largely open net after sending Megan Walsh the wrong way.

The Seagulls tried to respond straight away, and almost succeeded, as Kayleigh Green was denied not one, but twice by Moloney; her two shots stopped by the Royals keeper.

However, it was Reading that struck next, just before half-time, as Carter managed to get onto a strong cross whipped into the area. Her first touch just about controlled the ball, she turned and smashed it home to give Reading a two goal lead.

The deficit was short lived, as Brighton’s Geum-Min Lee latched onto a cross into the Royals’ box a minute later, and nodded home.

However, straight from kick-off, Brighton won the ball back, and Lee found it at her feet from range and with Moloney off her line. Lee lifted the ball perfectly, picking her spot and lobbing the retreating Moloney, to pull the score level in a remarkable turnaround.

The second-half began with an equal level of intensity from the two sides, as they both seemed keen to add to the scoreboard early on. Natasha Harding had an effort cleared off the line at one end, before Green beat Moloney at the other, but was too wide to be able to cut the ball into the net, at the other.

Just ten minutes into the second frame, Harding received a great ball from James and was instantly in the same position she had been in when her effort was cleared off the line. Harding darted towards goal from the left, the Brighton defence in pursuit and Walsh closing the distance, but the Welsh international kept her cool and slotted the ball under the Brighton keeper to put Reading back in front once again.

The pendulum swag and it was Brighton’s turn to pile on the pressure going forward as the midway point of the second-half approached. Reading defended strongly and in numbers as they denied the visiting side on several occasions.

With little over ten minutes left, Williams made way for Jeon Ga-eul to an ovation from players and staff in attendance at Madejski Stadium, as she graced the home turf for the very last time.

Inessa Kaagman went close to finding Brighton’s equaliser as the time ticked away and the away side began frantically throwing bodies into the Reading box, but The Royals defended in numbers and saw off the late onslaught to secure a valuable win to bid farewell to Madejski for 2020-21.